Their wages and benefits have been kept low; their past union presidents have been bought; but their awareness about genuine trade unionism has kept them fighting.

MANILA – Media workers of the Philippine Journalists Inc. (PJI), publisher of People’s Journal, People’s Tonight and People’s Taliba, have long been suffering from exploitation and deception.

In an interview with Bulatlat, Gerardo Serue, vice president of the Journal Employees Union (JEU), said government appointees and the Romualdezes have not been treating the workers well.

After the dictator Ferdinand Marcos fled the country, the government sequestered the PJI. In 2004, the same PJI was handed back to Benjamin “Kokoy” Romualdez, Marcos’s brother-in-law. 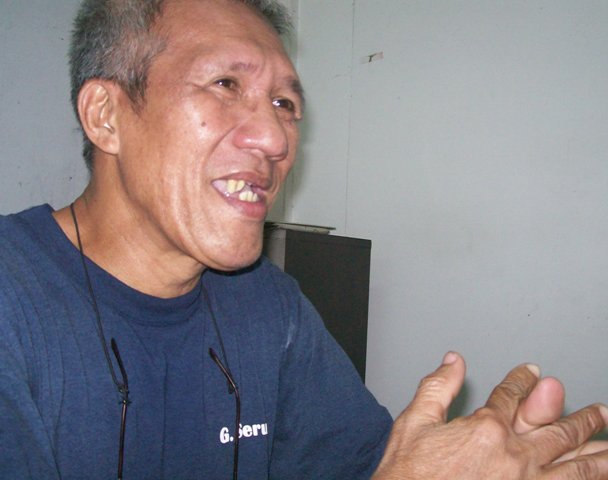 Serue, 56, has been working for the company since 1996. “Government appointees would always say the company is incurring losses but they were so corrupt, with salaries amounting to P200,000 ($4,624) per month,” Serue said. The workers, meanwhile, are always at the losing end.

According to a report of the Philippine Center for Investigative Journalism (PCIJ), a 1992 audit by Carlos J. Valdez and Co. revealed that senior officials in PJI received allowances amounting to P30 million ($693,600) from 1987 to 1992. It was also reported that at least two officials enjoyed an annual pay of P1 million ($23,120) after less than three years of stay in the company.

During the Estrada administration, Serue recalled that after the management retrenched more than 300 workers, it rehired the same workers. “They are given the same salary minus the benefits. The management wanted to dip its hands on the workers’ retirement fund,” Serue said.

When computing the retirement and other benefits of an employee, the length of service to the company is taken into consideration. When a worker is retrenched and rehired, he or she reverts to day one.

“Back then, we did not know better about genuine unionism, or about our rights as workers,” Serue admitted.

Nothing changed under the Arroyo administration. Serue said things even turned worse when the Romualdezes took over in time for the negotiations for the Collective Bargaining Agreement (CBA).

“Roland de Jesus, the general manager, withheld our meal allowance. He told us that if we signed [the CBA], our SSS [Social Security System], PhilHealth and Pag-ibig would be updated,” Serue said.

The management proposed a moratorium in the CBA, which meant no increases in salary and benefits for the years covered by the moratorium. It divided the union officers and members. But the union president later accepted the offer.

“We were deceived,” Serue said. Contrary to the management’s promise, contributions to the SSS, Pag-ibig and PhilHealth were never updated. “Although many workers had not signed their agreement, the union president had agreed.”

Serue said that during those times, the union was being guided by a labor institute affiliated with Akbayan party list. “While they did not tell us to accept the management offer, they told us not to appeal the moratorium granted by the labor department,” Serue recalled.

Serue said that in the past years, many of the union presidents were bought off by the management. “They were offered higher positions, which they grabbed. They ensured their self-interest to the detriment of workers,” he said.

Sometime in 1998, Serue said the union president accepted the management offer to replace additional wages with one-time bonus instead. “A wage increase would have continued to benefit the workers until now.”

Serue himself was offered higher positions. “I told them that’s not what I need. Principles cannot be bought.” Serue said the management resorted to harassment.

It was only in 2007 when they begun to understand genuine unionism, Serue said.

Harold Concepcion, today’s union president, recognized the need to educate their co-workers on their rights. “Some are still afraid but I tell them, ‘Let’s give our all this time.’ We have been forced by the situation to fight back,” Concepcion said, adding that “We just need to do the right thing.”