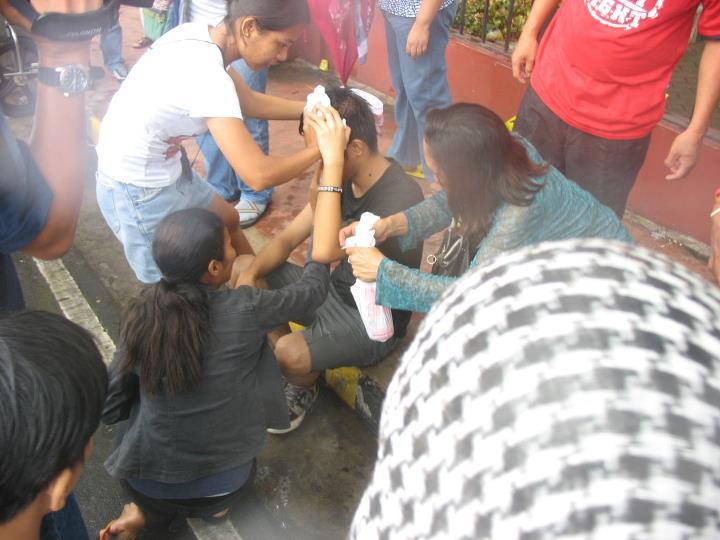 Crisostomo said at the rate Aquino is headed to underfunding the people’s education, the education crisis is threatening to worsen.

“For every 100 students who enter grade school, only 66 finish grade 6. Of this 66 who enter high school, only 43 manage to graduate. Of the 43 who graduate high school, only 14 can finish college. This can be attributed to the dwindling support of the government to educating our youth. It refuses to fund public education while at the same time, it lets the private educational institutions increase their fees as they please. Obviously, what Aquino had said about education being his priority was only sweet-talk”, said Crisostomo.

The budget of the Department of Education (DepEd), on the other hand, was increased by 15.2 percent or P31.5 billion ($750 million). But Palatino said the increase is “deceiving” because the amount will still not sufficiently address the shortages of classrooms, teachers, chairs, and textbooks.

“Again, it is worth repeating that the touted increase is not substantial enough to properly address the urgent needs of the basic education sector,” Palatino said.

According to Palatino, the 2012 proposed budget for both SUCs and DepEd constitute only three percent of country’s Gross Domestic Product (GDP), far from the six percent recommendation of UNESCO. The 2012 health budget, on the other hand, is a far cry from the World Health Organization’s (WHO) recommendation of five percent GDP which translates to P440 billion ($10.476 million) instead of P42.7 billion ($1.016 billion) proposed budget for 2012.

Tinio warned that PPPs, touted by Aquino as an innovative solution to the perennial lack of classrooms and dilapidated hospital facilities, will only burden the taxpayers with higher costs. “The public will only end up paying more. Taxpayers’ money will be used to subsidize private sector profit. PPPs should have no place in social services, especially education and health.”

Tinio pointed out that the classroom shortage can be addressed by the government through obtaining financing for the fast-tracked construction of schools on its own, without private sector partners. “This way, government can secure a loan at a lower interest rate, use the proceeds for a massive school-building program, pay the amortization using its yearly budget allocation, and eliminate the need to pay for private sector profit margins.”

A similar PPP arrangement is also being eyed by the DOH for the rehabilitation and upgrading of its regional hospitals. It is also seeking to tap private firms for public hospital operation and management.

“This PPP scheme for education and health will cost the taxpayers more because the government must guarantee the private sector partners’ return on investment. Yes, the private contractors can construct the classrooms, but only if it’s profitable for them. That profit will have to come from the pockets of ordinary citizens,” charged Tinio. He emphasized that “public funding for social services is superior, “because it has no profit motive.”

Tinio said the Aquino administration must rethink its advocacy of PPPs in general, especially in education, health, and other social services. “Our people’s constitutionally-guaranteed rights to these services will be grossly undermined once they are opened up to money-making enterprises.”

The Kilos na Laban sa Budget Cuts vows to intensify its opposition to budget cuts. They said protests will continue while the budget is being heard in congress and in the senate, until it gets to bicameral conference and up to the President.

“We refuse to let Aquino use public funds for the benefit of the few, while perpetuating the people’s poverty and suffering. It is not true that this kind of spending will benefit everyone in the long run. The people have suffered decades of abandonment, it is time we take matters into our own hands,” declared Merced.

High schools, colleges and universities are set to stage massive boycotts and strikes on the third week of September. They will launch massive protest actions nationwide, the alliance said.

“As the peoples’ call for sufficient government spending for social services grow in strength, the repressive acts of those in power will expectedly intensify. But the people, united in their hopes and principles, will not back down,” Palatino said. He added that the Aquino government has made “detrimental budget cuts” to social services like education and health, while increasing the budget for Public-private partnerships, Conditional Cash Transfer, intelligence funds, and other questionable budget items. “This kind of budget framework,” said Palatino, “will be definitely met with bigger protests.”