“In the end, this planned sale of Welfareville may just diminish the mental health services into mere psychiatric desks in various hospitals, or the mental hospital may end up privatized.” – Rey Quinto, employee of National Center for Mental Health

MANILA – Some patients of the National Center for Mental Health in Mandaluyong City have to stay there for weeks or months for treatment. Others were forced to stay for years, particularly those who are no longer being visited by their relatives. The latter number up to a hundred patients at present.

They are among the Filipinos who reportedly lose their grip on reality because of poverty-related problems and difficulties in life and love. Some became patients of the public mental hospital in Mandaluyong because they entered a state of depression which they failed to escape from, or their minds got the worst of the effects of drug addiction. These are the frequent reasons cited in cases brought in by the thousands in mental hospital, said Armando Palaganas, vice-president of the National Center for Mental Health Employees Association- Alliance of Health Workers (NACEMHEA-AHW).

But these patients and others who may soon join them including those left wandering the streets may lose their chances to receive treatment with the planned sale of the 118-hectare Welfareville property. The mental hospital, its employees and patients are threatened with dislocation.

The 43-hectare public mental health institution that services these patients lies inside Welfareville property. The mental hospital is composed of separate low-rise buildings, many of which are called as “pavilions” housing different types of patients. The buildings are scattered within a relatively lush greenery that officers of the AHW said are favoured by health workers and patients’ relatives for various therapeutic exercises of their mental patients. 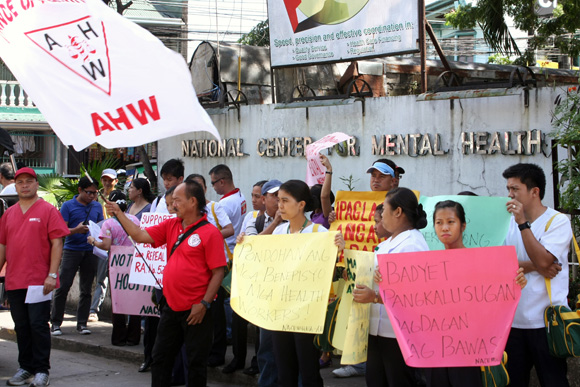 Up to now, however, there are no clear-cut plans for the mental hospital, the(NACEMHEA-AHW) said in a statement. Instead, what is ringing more clearly for all of the affected is the bidding for Welfareville scheduled five to six months from now.

The workers of National Center for Mental Health, its patients’ relatives and the community residents in Welfareville are opposing the public bidding of the land scheduled on July 2012. They are also opposed to the impending transfer (or rather, one of the rumoured planned transfers) of the mental hospital to what they described as a smaller, still underdeveloped lot in Antipolo.

If this planned transfer of the mental hospital to Antipolo is true, Palaganas told Bulatlat.com many patients will likely no longer be cared for nor admitted, because the area is less than a fourth of the current. The union has also previously expressed doubts as to its accessibility.

At the sidelines of their protest action against the bidding of Welfareville late last week, Palaganas expressed gratitude for the support of lawmakers like Bayan Muna Rep. Teddy Casiño.

Casiño filed last September a bill and a resolution that aim to stop the sale of Welfareville property. His House Bill No. 5257 seeks to repeal Republic Act 5260, the law signed in 1968 by then President Ferdinand Marcos authorizing the public bidding of the Welfareville property to generate funds supposedly for “children’s welfare services.”

House Resolution No. 1700, also of Casiño, directs the Committee on Health to conduct an inquiry, in aid of legislation, on the “misdirected planned sale of the Welfareville Property.”

Palaganas asked other government officials, especially President Benigno Aquino III and Social Welfare Sec. Dinky Soliman, to “take the cue and prioritize the welfare of patients, health workers and residents over and above the interests of local and foreign businesses.” 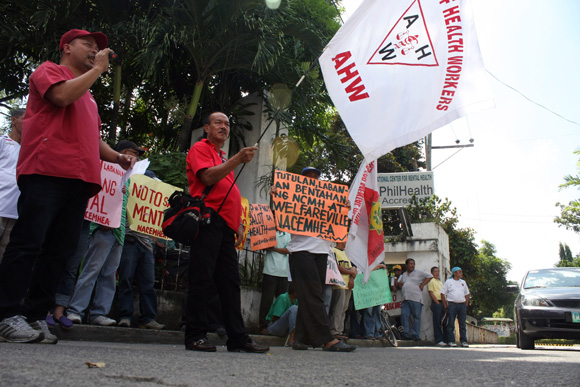 National Center for Mental Health workers, patients’ relatives and community residents in Welfareville are opposing the public bidding of the land targetted on July 2012, and the proposed transfer of the hospital to a smaller, underdeveloped lot in Antipolo City province of Rizal.(Photos by Jhun Dantes / bulatlat.com) 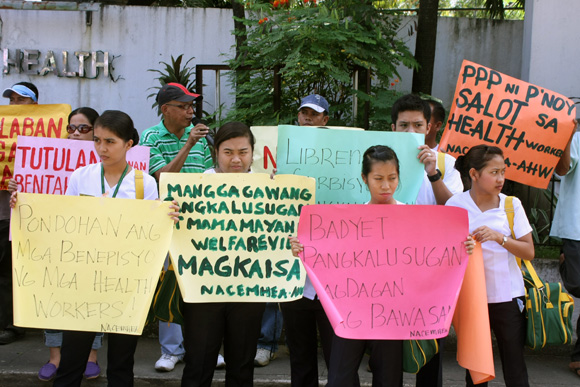 Since Marcos signed into law the RA 5260 in 1968, there had been on and off efforts to sell the Welfareville property– all of which were stalled by protests and various reported inadequacies of RA 5260 in addressing the matter of dislocation of the main residents of the property.

RA 5260 created and authorized a trustee committee composed of the administrator of the Social Welfare Administration, the auditor general and the Secretary of the Department of General Services to sell the Welfareville property through public bidding.

Amendments to this law have been previously suggested, and in fact there had been at least one bill filed to amend it, for example in 2006 by then Rep. Benjamin DC. Abalos Jr. (Mandaluyong City), which sought to carve out a portion of Welfareville for Mandaluyong, supposedly for its informal settlers. Aside from the mental hospital and the Correctional Institute, there are at least 18,000 “informal settlers” in the property.

This year, Casiño of Bayan Muna seeks not to patch up the law on selling Welfareville Property just to put in some safety nets for the adversely affected. Instead, Casiño seeks to do away with the RA 5260 altogether, in effect removing the threat of the planned sale of the Welfareville property. At the same time, he asked the House of Representatives’ Committee on Health to study the “misdirected” planned sale of Welfareville. 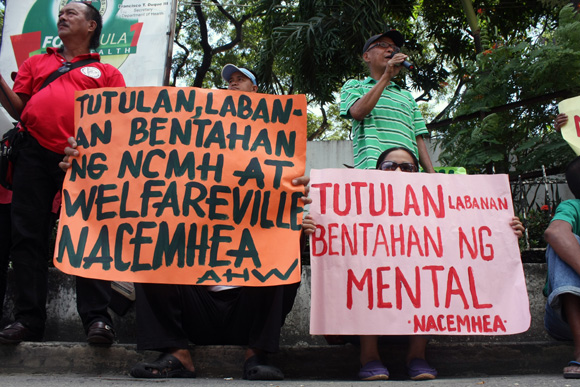 The law pushing for the sale of Welfareville property expressly states that in doing so, it aims as well to “disperse and decentralize its Welfareville Institutions.” All the proceeds of the planned sale are supposed to be earmarked for undertaking “other steps to upgrade child welfare services.” The law cited as reasons for doing so the Philippine government’s agreements with various agencies of the United Nation’s such as the UNICEF and the World Health Organization.

But after over two decades of decentralization of health services in the Philippines, public health workers are now wary of further decentralizing other health services that remain under the national government. “In the end, this planned sale may just downgrade the public mental health services into little psychiatric desks or sections in various hospitals, or it may end up as another way of privatizing the mental hospital and disposing of its health workers,” said Rey Quinto, an employee of National Center for Mental Health.

Decentralization in the Philippines has brought health care under the charge of local governments, whose persistent complaints of lack of budget have either led to grave neglect of health services, or to “innovative” ways of enterprising, privatizing, corporatizing or making health care a profitable government service. Health Sec. Enrique Ona himself, in defending the health department’s proposed budget in Congress, said health personnel should develop an “entrepreneurial spirit” to respond to the needs for health services in the absence of higher health budget.

“The Philippine Heart Center is now under threat of being auctioned off; the San Lazaro hospital, the Philippine Orthopedic Center, the Research Institute for Tropical Medicine (RITM) are all up for sale under the public-private partnership projects of President Aquino,” said Quinto during the picket of employees of the NCMH. He asked the government,“what would happen now to our patients?”