“Somehow, we see justice for our martyrs who struggled hard for this day to come.” – Lito Bais, Unyon ng Manggagawa sa Agrikultura

HACIENDA LUISITA, Tarlac – “This is an early Christmas gift from the Lord,” Mila Gonzales, 58, said, referring to the Supreme Court decision ordering the land distribution of Hacienda Luisita. “We can now afford to buy a carabao to be used for farming. Now, we can eat regularly,” she said.

Gonzales is one of the hundreds of farm workers who trooped to the nipa hut at the 11th street in Balete village, past lunch of Nov. 29. All smiles, members of the Alyansa ng Magbubukid sa Asyenda Luisita (Ambala) listened intently to their leaders and representatives of the Unyon ng Manggagawa sa Agrikultura (Uma) and the Sentro para sa Tunay na Repormang Agraryo (Sentra).

The Ambala’s general assembly was held a few days after the high court, voting 14-0, ordered the distribution of 4,916 hectares of land, owned by the family of President Benigno S. Aquino III, to the original 4,296 original farmworker beneficiaries (FWBs).

“When we heard the news, many shed tears of joy. We won the first round of the battle but there is still a long way to go,” Lito Bais, Uma chairman, told Bulatlat.com in an interview shortly after the assembly. “What we want is genuine agrarian reform.”

“If only the Cojuangco-Aquinos returned our land to us much earlier, we would not have suffered so much,” Gonzales said. Her six children finished only Grade 6. “How could I send them to high school with a meager P9.50 ($0.22) salary per week? I could not even finish my laundry with that amount.”

The P9.50 ($0.22) was the payment received by farm workers before they staged a strike in November 2006. Under the stock distribution option (SDO) scheme implemented in the hacienda, farm workers were entitled to only one day of work per week at the sugar plantation.

Now, like the rest of the farm workers, Gonzales is dreaming of a better life ahead.

The farm workers are preparing for their next move. First, Bais said they will assert zero compensation for the Cojuangco-Aquinos.

Bais said the Cojuangco-Aquinos have long benefited from the land. “This is where their wealth came from. This has also been the source of their political power. The land is ours, they just took it from us,” Bais said.

Reacting to the SC decision, Aquino was quoted as saying, “Let us not forget that under existing agrarian reform policies, we are pushing for two objectives: first is the empowerment of the farmers, and then enough capital should be left such that there is also just compensation for the landowners.”

But Bais said they have long been demanding for the scrapping of the Comprehensive Agrarian Reform Law Extension with Reforms (CARPER). “It is an instrument of the landlords and capitalists to exploit farmers and farm workers,” Bais said.

Under the CARP and CARPER, land owners are entitled to “just compensation.”

According to independent think tank Ibon Foundation, from 1972-2008, landlords have received P289 billion ($6.72 billion) in payments for 1,619,513 hectares by virtue of the government’s land reform programs.

“Amortization [for the land] is an added burden to farmers and farm workers,” Bais said, adding that there have been many cases of cancelation of certificate of land ownership awards (CLOAs). “If they could no longer pay, they would sell the land and the landlord would buy the land. In less than a year, the farmers would be out in the streets, demanding for genuine agrarian reform.”

In December 2006 alone, Ibon Foundation revealed that 108,141 emancipation patents and CLOAs had been canceled, covering 204,579 hectares. 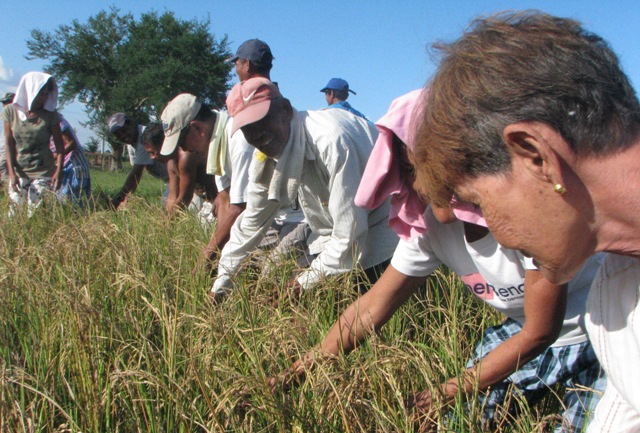 Bais said the Hacienda Luisita experience is concrete proof of the failure of CARP and CARPER.

Under the Comprehensive Agrarian Reform Law (CARL) signed by former President Corazon Cojuangco-Aquino, mother of the current president, the stock distribution option (SDO) is allowed as one of the non-land transfer schemes. In 1989, Hacienda Luisita Inc. implemented the SDO. Instead of land, stocks were distributed to farm workers. Years later, with massive land-use conversion inside the hacienda, farm workers were given lesser days of work that resulted to low wages and eventual retrenchment of workers.

As early as 2006, after the infamous Hacienda Luisita massacre on Nov. 16, 2006 that claimed the lives of seven farm workers, the farm workers implemented their own version of agrarian reform. They started cultivating 80 hectares of land. For decades, the Hacienda Luisita management prohibited farm workers from planting crops other than sugarcane. By next year, more farm workers, seeing the land’s productivity, planted palay and vegetables in more than 2,000 hectares in different villages of the hacienda. In Cutcut village alone, half of the land, or about 500 hectares were planted with palay, vegetables and fruits, said Bais.

Bais said heavy military operations in the villages that began in 2008 prevented the further development of agriculture for domestic consumption and as a source of livelihood for many farm workers of the hacienda. Bais said the Cojuangco-Aquinos used dummies to rent land for sugarcane. Still, more than 800 hectares are planted with palay and other crops. 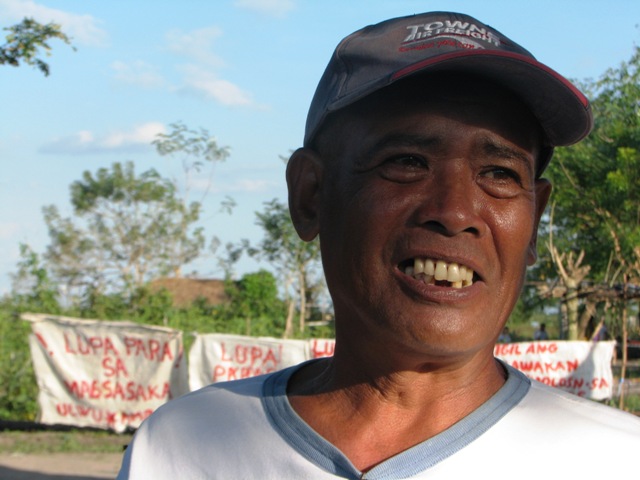 In July, farm workers started cultivating portions of the 300-hectare land being claimed by the Rizal Commercial Banking Corporation (RCBC). Ambala leaders said it was their response to the earlier ruling of the high court ordering the Department of Agrarian Reform (DAR) to conduct a referendum for farm workers to choose between owning land or stocks. The Supreme Court reversed its earlier decision recently and ordered the distribution of the land.

While the high court has exempted RCBC from distribution, Ambala leaders said they will contest that part of the SC decision.

In order to secure their initial victory, Dizon said, they opted to have a collective CLOA with the list of all the farmworker-beneficiaries. Dizon said collective ownership will protect them against the re-concentration of the Hacienda Luisita land to the Cojuangco-Aquinos.

“Individual CLOAs will make farm workers vulnerable. The Cojuangco-Aquinos may deceive or threaten farm workers so that they could regain control of the land,” Dizon said.

Ambala’s version of genuine agrarian reform will continue. Dizon said families of the farmworker beneficiaries will be given parcels of land to cultivate. There will also be portions of land where collective farming will be implemented.

After the meeting, Gonzales, and her fellow farm workers showed members of the media the palay and vegetables they planted surrounding the nipa hut. Like their arduous struggle, the palay, already golden, is now ready for harvest.

“Somehow, we see justice for our martyrs who struggled hard for this day to come,” Bais said.