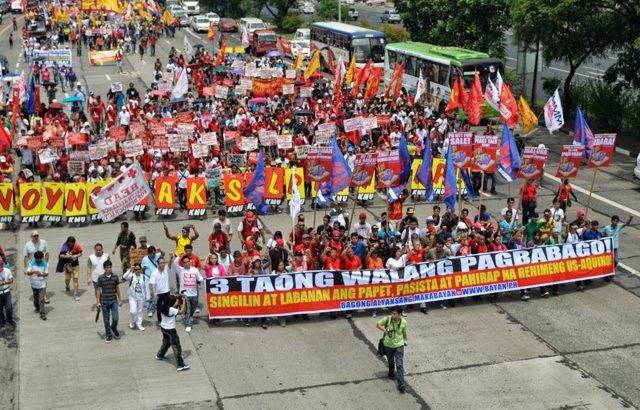 Protesters from various sectors and regions held their own State of the Nation Address, dubbing it as the Sona ng Bayan (People’s SONA) in Commonwealth Avenue as a response to President Aquino’s annual SONA. Led by the Bagong Alyansang Makabayan (BAYAN), protesters condemned the worsening economic conditions in the three years of the Aquino regime.

END_OF_DOCUMENT_TOKEN_TO_BE_REPLACED 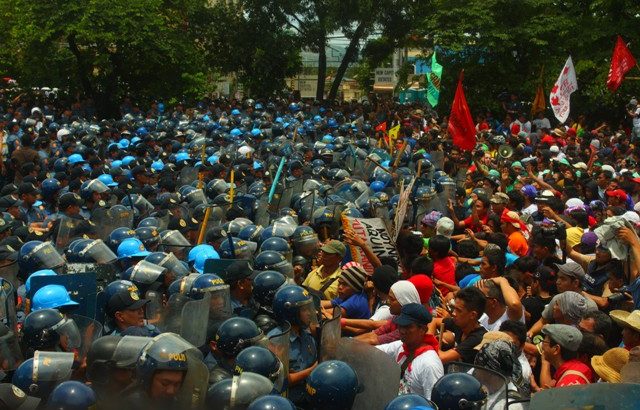 “Aquino’s grandiose claims of economic growth based on cherry-picked economic indicators fail to hide the economic indicators that matter to ordinary Filipinos. Landlessness is growing; unemployment is rising; wages are being depressed; prices are soaring; and social services are decaying as they become more scarce,” Elmer Labog, chairman of Kilusang Mayo Uno (KMU).

END_OF_DOCUMENT_TOKEN_TO_BE_REPLACED 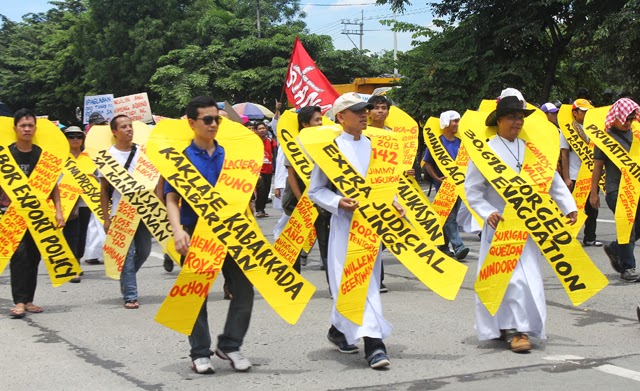 “All in all, Aquino’s SONA contained rehashed rhetoric and empty promises. The president remained silent on many fundamental issues that the people have long clamored for. I’m sorry Mr. President but your spinmeisters have failed you. We are far from impressed. We are indignant.” – Kabataan Rep. Terry Ridon