The US pivot and the Obama visit 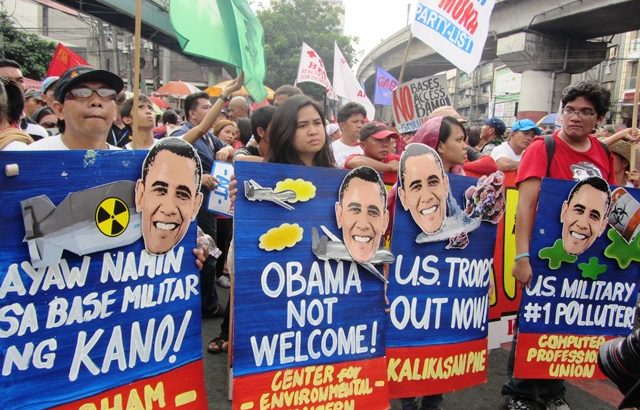 The US decided to pivot or to deploy around 60 percent of its troops, warships and submarines, and jet fighters to the Asia-Pacific region not out of a whim and certainly not merely because of the conflicting territorial claims at the West Philippine Sea. There are deeper reasons to it. The same is true with the Asian tour of US Pres. Barack Obama. The main reason for the Asian visits of US President Obama is not merely to assure its “allies” that the US is there to side with them as the Aquino government would want the people to believe. It is about US interests first and foremost.

Bulatlat.com is uploading three substantial articles from Ibon Foundation to provide the geopolitical and economic context to the US pivot and the Obama visit.

END_OF_DOCUMENT_TOKEN_TO_BE_REPLACED

While much of the discussion about renewed PH-US relations centers on the military aspect, there is also the equally crucial, if not even more far-reaching, economic dimension of the US pivot to the region By ARNOLD PADILLA IBON FEATURES Bulatlat.com MANILA — US President Barack Obama’s visit underlines the increased bilateral engagement between the Philippines…

END_OF_DOCUMENT_TOKEN_TO_BE_REPLACED

The Enhanced Defense Cooperation Agreement with the US is the latest indicator of a resurgent neo-colonialism over the past years By SONNY AFRICA IBON FEATURES Bulatlat.com MANILA — The Philippine government is on the brink of reaching a new agreement with the United States on an even greater American military presence in the country. If…

END_OF_DOCUMENT_TOKEN_TO_BE_REPLACED

In crisis: Why the US is pivoting to Asia Pacific

US officials have described the region as crucial to its economic and strategic interests, and which will yield huge returns in US investments By IBON FEATURES Bulatlat.com MANILA — Philippine officials say US President Barack Obama’s visit to the Philippines, the final leg in a series that includes Japan, South Korea and Malaysia, intends to…

END_OF_DOCUMENT_TOKEN_TO_BE_REPLACED 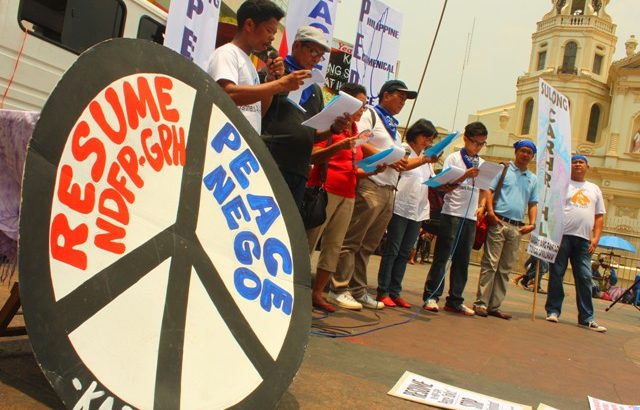 “The peace negotiations are important and it concerns every Filipino. Its result will directly affect our country and its immediate future.” – Act for Peace

END_OF_DOCUMENT_TOKEN_TO_BE_REPLACED 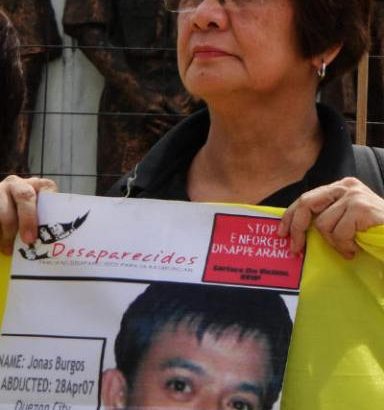 “It has been four years that you have been Commander-in-Chief, yet we do not know the truth about Jonas. Mr. President, is there hope that the truth will finally be revealed while you are still in the position to make this happen?” – Mrs. Edith Burgos

END_OF_DOCUMENT_TOKEN_TO_BE_REPLACED

The intriguing newness of the New People’s Army

QUESTION EVERYTHING Mong Palatino Bulatlat.com The ‘new’ in the communist New People’s Army signifies many things and each deciphering is helpful to understand why this rebel force has never been defeated by successive governments. The original communist-led people’s army was the Hukbong Bayan Laban sa Hapon and Hukbong Mapagpalaya ng Bayan. The Huks were a…

END_OF_DOCUMENT_TOKEN_TO_BE_REPLACED

What is wrong with the US-PH defense agreement and the Obama visit? 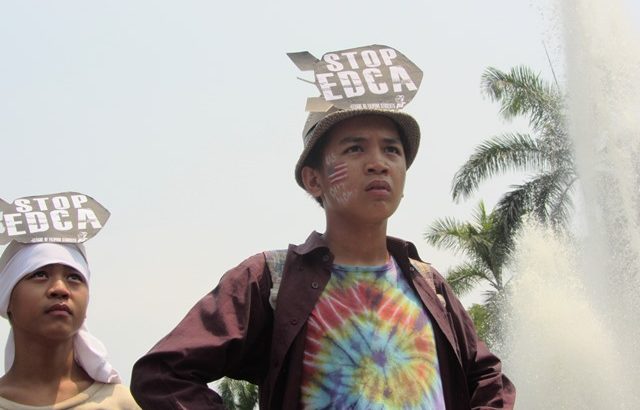 In a rally, April 28, progressive groups cited five reasons why the Enhanced Defense Cooperation Agreement, which was signed yesterday by US Ambassador Philip Goldberg and Philippine Defense Sec. Voltaire Gazmin, is fundamentally wrong.