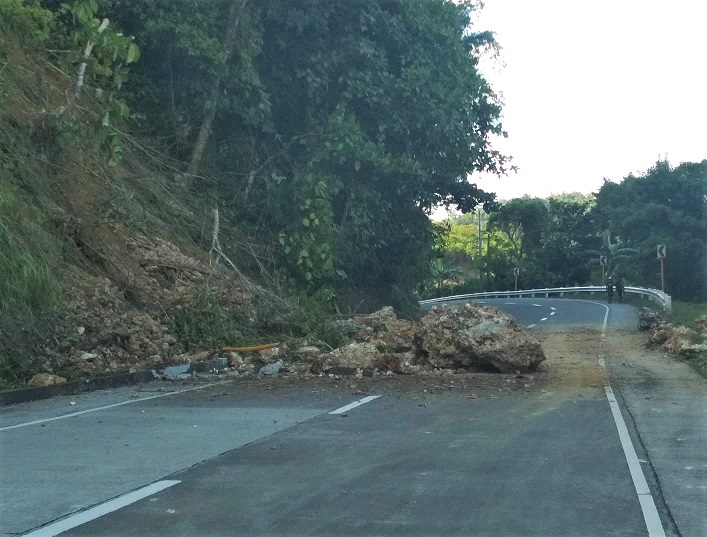 The Philippine Institute of Volcanology and Seismology (PHIVOLCS) reported a 6.5 magnitude earthquake with Eastern Samar as the epicenter at 1:37 PM today, April 23.  The latest earthquake was felt in Catbalogan City, Leyte and Tacloban City, which bore the brunt of Typhoon Haiyan in 2013 and the other typhoons and crop infestations that followed. 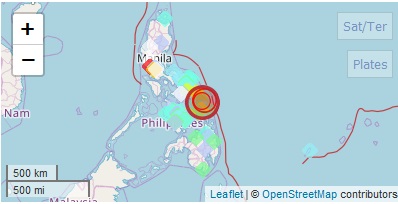 In the pictures above and below are some of the rock slides and cracked roads along the national highway, Brgy.Binaloan, Taft, Eastern Samar taken shortly after the temblor occurred. It is the highway travelers have to take from Tacloban City in Leyte to the Northern Samar at the tip of the island.

Damages are still being assessed in the Visayas even as in Luzon rescuers are digging for survivors in a collapsed building in Pampanga.

The earthquake in Eastern and Northern Visayas happened a day after a 6.1 quake hit Luzon and killed at least 11 people in Central Luzon.

The Philippines is part of the Pacific Ring of Fire that stretches from quake-prone Japan through Southeast Asia and across the Pacific basin. 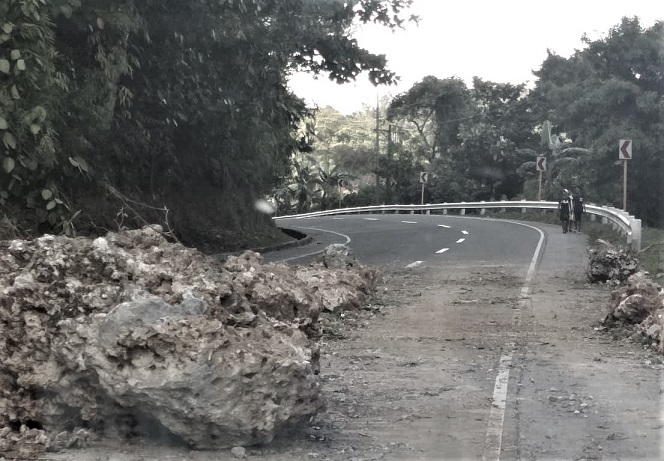 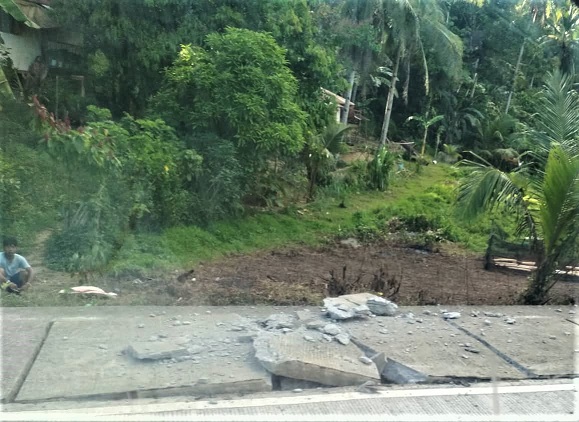 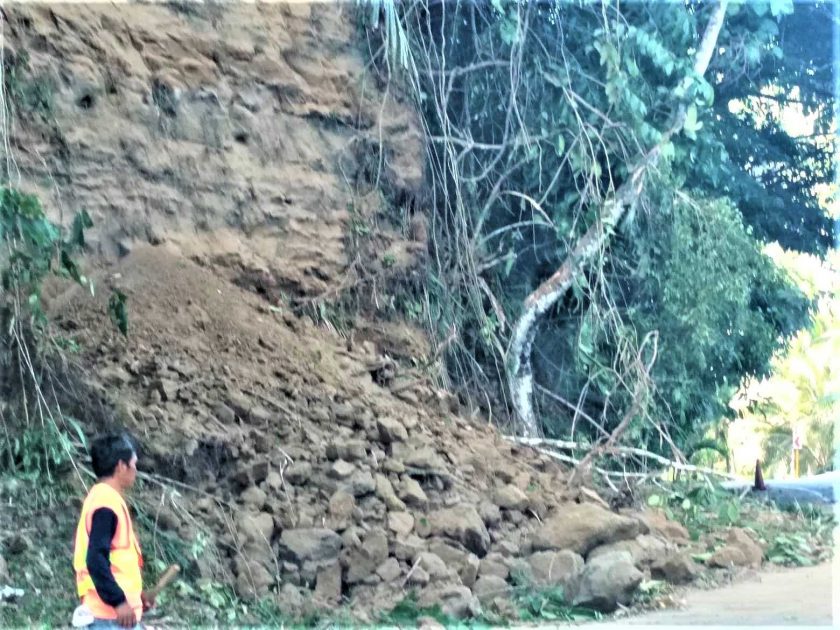