PANDI, Bulacan — The urban poor have always been on the defensive when it comes to facing demolitions and relocations, often portrayed by the corporate media as the “helpless” victims of the attacks of the state’s ruthless demolition projects.

However, Kadamay’s historic occupation of vacant government shelters on March 8, 2017 flipped the narrative for the homeless, when the community collectively decided to take the offensive and successfully reclaimed the idle homes located in six communities in Pandi, Bulacan, after months of careful planning and organizing.

Occupy protests aren’t new, their history can be traced to Western movements. Countries in North America and Europe also witnessed occupations in empty buildings, since the 1960s. Financial crises in the 2010s made similar movements more popular in the United States, where homelessness is one of the common problems.

Comparing documented cases, the #OccupyBulacan movement organized by Kadamay back in 2017 is, if not, the largest recorded win of the urban poor in the global South.

This triumphant reclamation paved the way for dialogue on the missing P50-billion National Housing Authority funds. This occupation which was met by empty threats from Duterte, at the height of its coverage, also facilitated discussions about the real situation of the urban poor in the Philippines.

However, despite the victorious occupation, the struggle for the right to shelter continues for the residents of Pandi.

For years now, Kadamay communities have been barred from receiving an entry pass, a certification the National Housing Authority (NHA) promised to provide, which would legitimize the occupants’ residence in Pandi. The lack of this entry pass denies the community access to basic social services from the government and limits them from securing livelihoods.

Residents shared that the issuance of the entry pass is even used by the local government to pressure members of Kadamay to leave the organization, and instead join the pro-government group.

Last July 26, a day before Rodrigo Duterte’s 5th State of the Nation Address, policemen arrested Kadamay leader Rose Fortaleza without warrant, and violated freedom of the press by seizing copies of Pinoy Weekly at the office in Pandi. Five women who conducted an online protest were also illegally arrested from their homes last July 27.

Just last October, the LGU of Pandi used the relief drive to red-tag Kadamay members, even posting this on its official Facebook page.

Aside from continuous harassment and intimidation by state forces, residents of Pandi also suffer from lack of access to affordable sources of water and electricity.

Since 2017, sources of running water have been scarce, residents use manual water pumps, or purchase individual gallons of water for washing and laundry. For electricity, residents subscribe to a prepaid submeter at a rate of P25/kph, double from the usual P11/kph rate from Meralco.

Deprived of government assistance, access to running water, and stable electricity, the community strives to survive by engaging in resourceful ways to earn a living. Mothers have explored different livelihood programs, such as community sewing but high production expenses due to lack of basic services in the community only yielded losses.

Attacks from the state and limitations in resources did not discourage the women of Pandi from asserting their rights. These even compelled them to strengthen their leadership to protect their communities.

Because of the pandemic, community kitchens were built, relief operations were conducted, and the “Urban Poor Women Agroecology Garden” of Kadamay Pandi was recently established.

Dispossessed of lands in rural areas, urban poor women come from third generation peasant families who moved to the city to find employment in urban areas. Limited opportunities in the provinces displaced people out of their lands and detached them from farming, but they are also faced with the same amount of job insecurity in the city.

With limited formal education, the urban poor are employed as daily-wage workers, construction workers, and vendors comprising the city’s informal economy. Their precarious working conditions are even heightened by the current state of daily-wage earners under the pandemic. 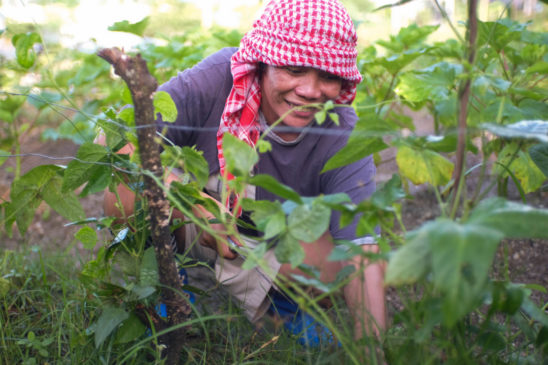 While middle class citizens in the Metro have started tending to plants as a way to cope with their isolation, urban poor communities, with no option to work from home, collectively cultivated gardens to put food on their tables.

This initiative started as a plan around May, after observing that locals in Pandi have their own mini vegetable gardens in their small plots. Prior to urban development, the land in Pandi served as rice fields fertile enough for crops and agriculture.

It is an organic approach to farming; it avoids the use of chemicals, and consumers enjoy healthier produce which are responsibly sourced from producers who are paid fairly. This system promotes a healthier and more inclusive landscape to people and environment.

Women as caregivers tend to the needs of the household, in charge of cooking meals, collecting water, taking care of children, and maintaining the house. These responsibilities render them doubly vulnerable to the hazards of climate change particularly in health. 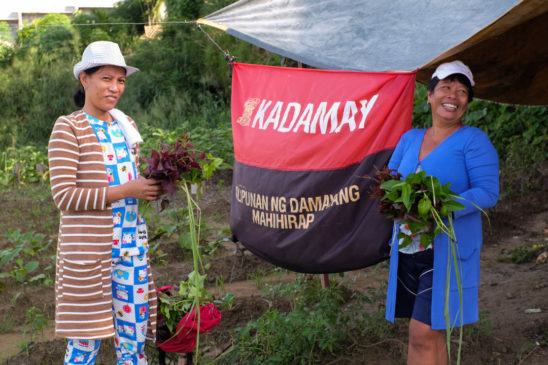 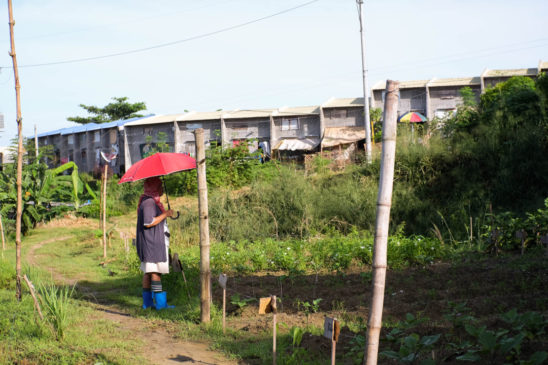 The urban poor, constantly being criticized and mistakenly framed as pollutants for their excessive use of plastics and “unsustainable lifestyle”, have actually long been against climate change. For it is the poor who collect and segregate garbage everyday, work in junk shops, and recycle wastes that multinational corporations produce in large quantities on a daily basis. 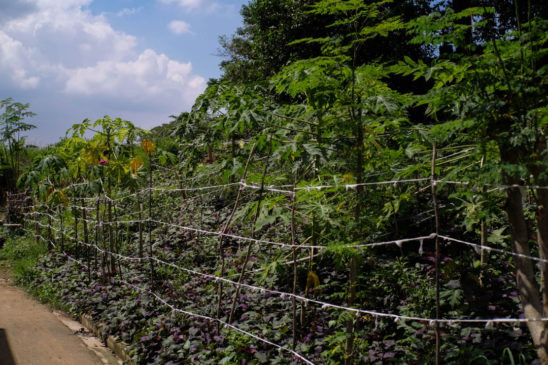 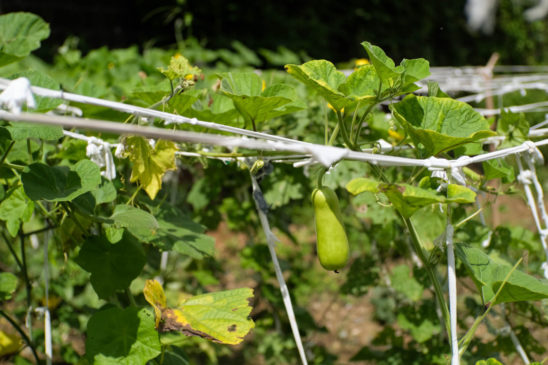 The Urban Poor Women Agroecology Garden was created primarily to address the food insecurity experienced by the community increased by the pandemic. In the long run, it also seeks to empower the community by mounting sustainable livelihood programs from their organic produce.