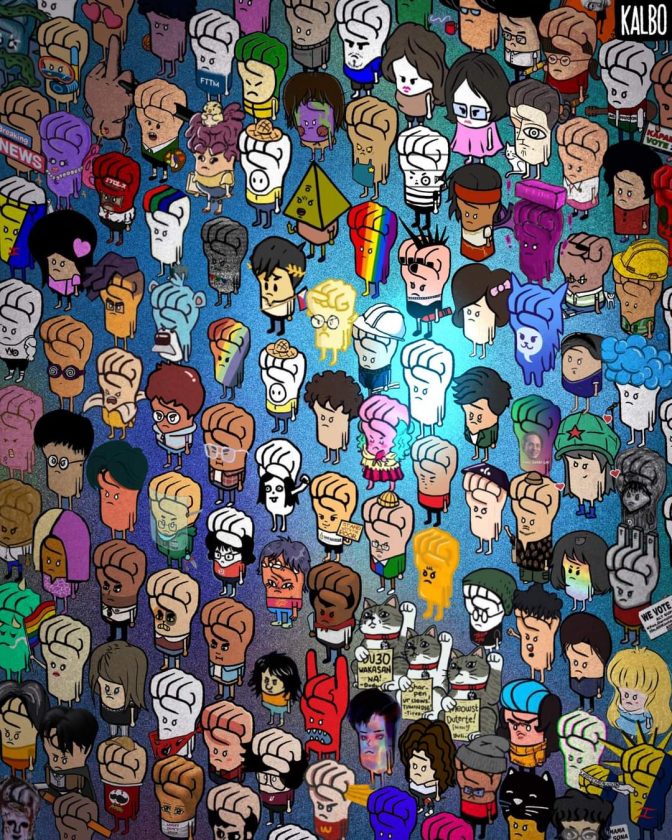 MANILA — “I do not create art for the sake of aesthetics. Art is always political whether we like it or not.”

This is what Kevin Eric Raymundo, the artist behind “Tarantadong Kalbo” said, as his recent work calling on the people to stand against the Duterte administration recently went viral.

Dubbed as “Tumindig,” Raymundo’s series of artworks use fists as main imagery, which represents the followers of the current president. In a series of posts, the artworks show how those who used to bow down in silence, stand up and fight. His posts went viral, getting reactions and comments from Filipino netizens.

Raymundo said he is overwhelmed and surprised with the response he received – his artwork was edited and reposted, each time with more and more “fists” standing up to fight. 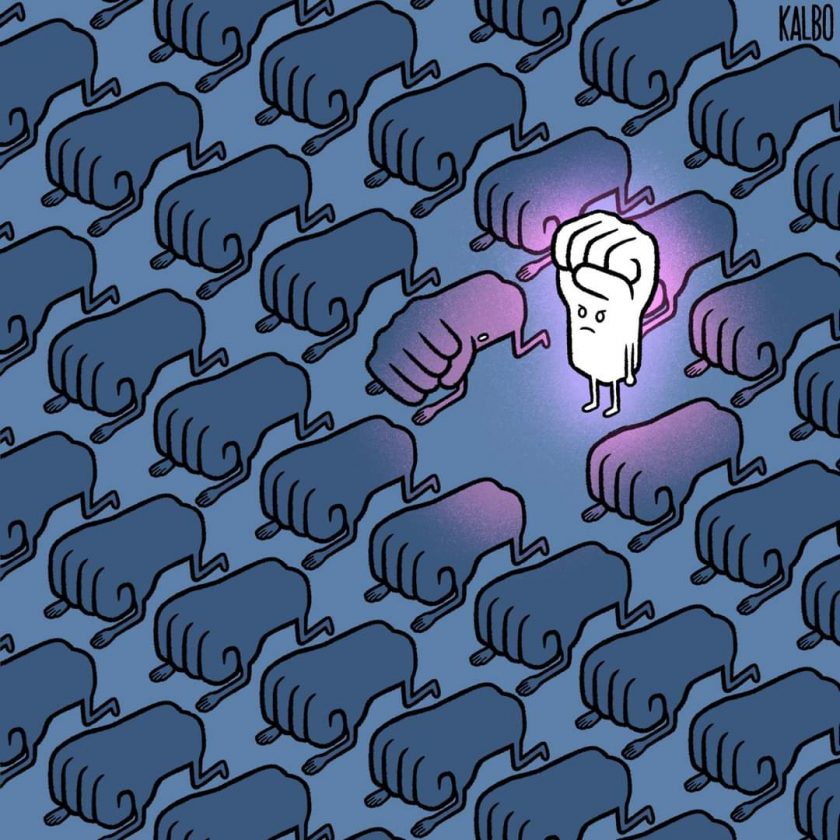 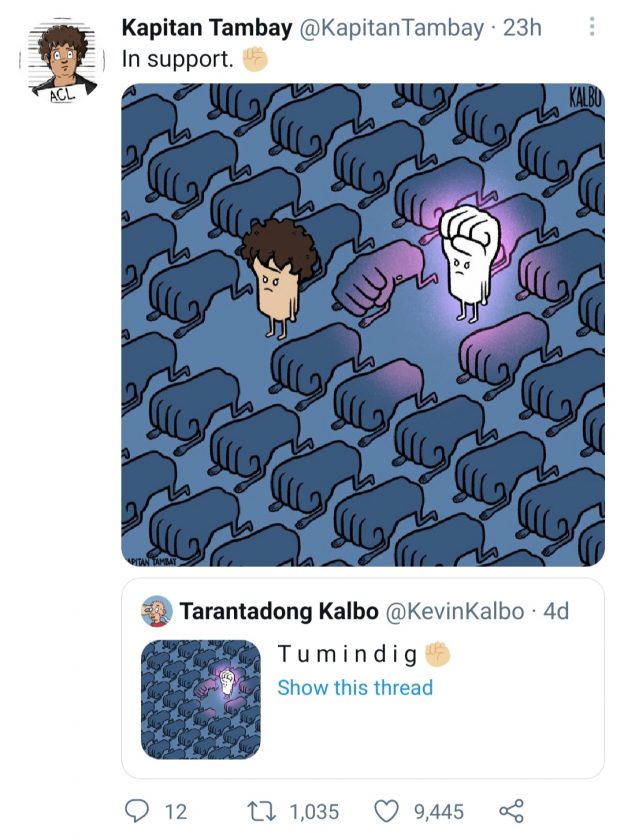 “I wanted to create a piece that encapsulates what it feels to be an artist-activist under President Duterte and his terror law,” said Raymundo in an online interview with Bulatlat.

Raymundo said he has been using his platform to call out government misdeeds. 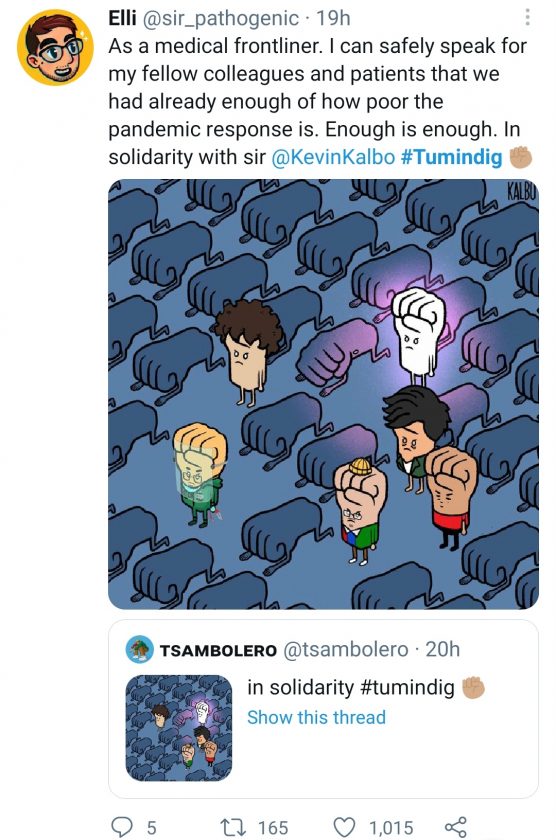 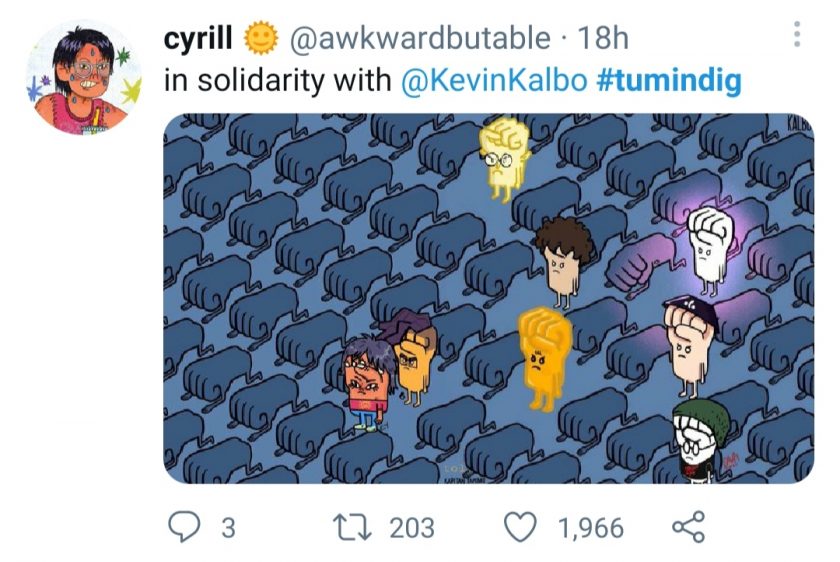 Asked for his message to fellow artists, Raymundo said, “Do not be afraid. Let us use our skills and talents to our advantage. Having the choice to ‘be positive’ in our art is a privilege. I am aware of my own privilege as well, and I will use it to amplify the voice of the oppressed even at the cost of losing fans.”

Apart from Tarantadong Kalbo, the Concerned Artists of the Philippines (CAP) has also launched a “Wakasan Na” comics series, showcasing the works of Filipino artists already fed up with the Duterte administration.

Wakasan Na was inspired by the comics of the same name that made waves from the 1970s to 1990s.

In its call for entries for Wakasan Na series, CAP said, “As we enter the final 365 days of Duterte’s reign, we resolve not to lose our passion and fury. We will not remain silent and allow the machinations of Duterte and his cronies to maintain power, nor let them sweep their sins against the nation under a rug. Instead, we want a swift end to the Duterte regime and his anti-people policies. Duterte, Wakasan!”(JJE, RVO)