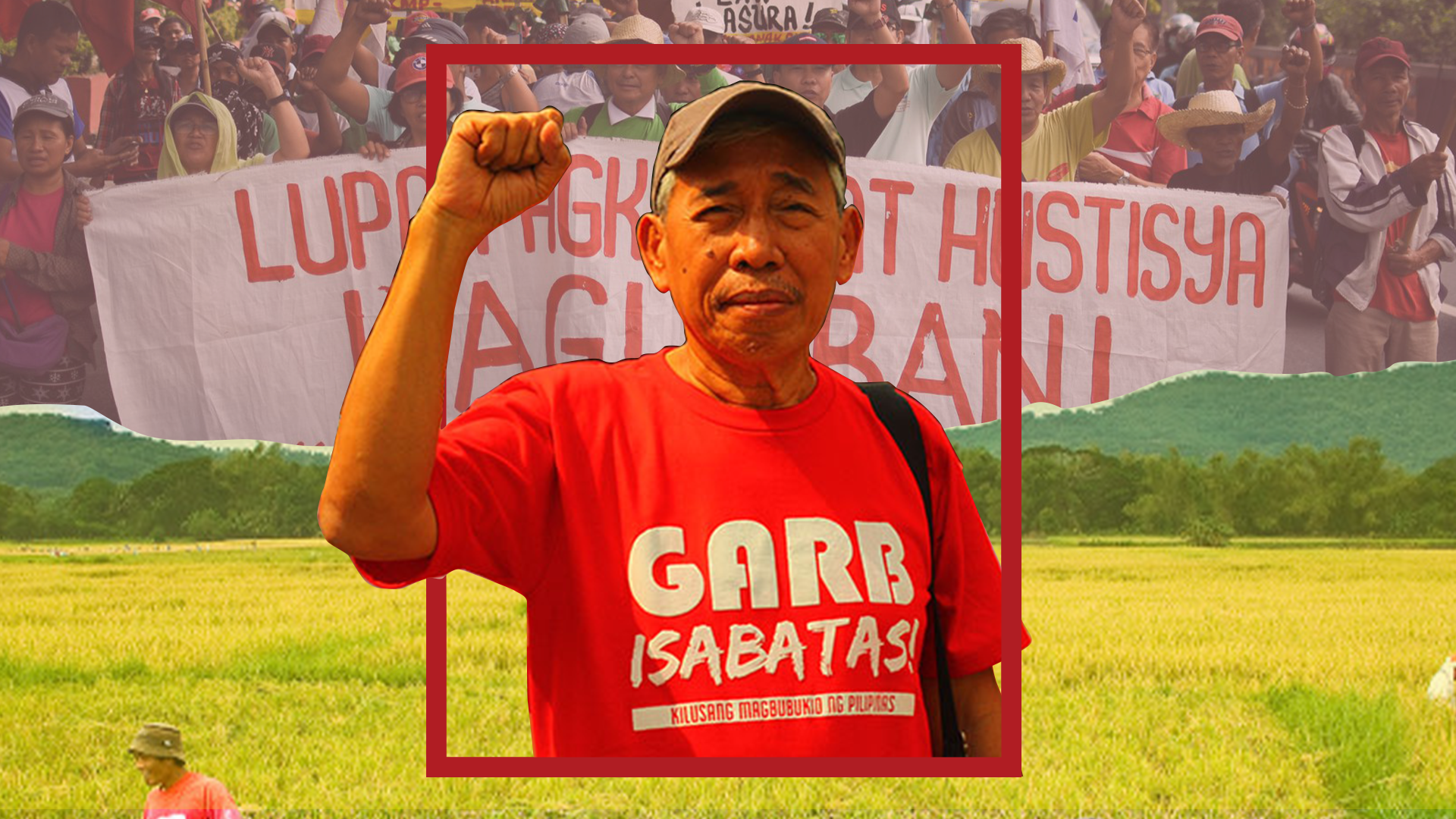 “One year after he was killed, the announced investigation by the Task Force on Administrative Order 35 has yet to show any significant progress towards determination and arrests of suspects. As we assert the struggle for just and lasting peace, we also ring the call for justice for Ka Randy and all peace consultants, and to stop the killings in the Philippines.”

MANILA – One year of injustice.

This is the lament of different groups as they commemorate the first year of the brutal killing of peace consultant and peasant leader Randall “Ka Randy” Echanis last Aug. 10.

Danilo Ramos, Kilusang Magbubukid ng Pilipinas chairperson and convenor of the Justice for Echanis, Justice for All network (JEJA) said that as long as perpetrators are at large, there is no justice not only for the slain leader but also for other activists killed under the government’s counterinsurgency program.

Despite the investigation being conducted by the Department of Justice (DOJ) through its task force to investigate the killing of Echanis and other activists including Negros-based human rights worker Zara Alvarez, no progress has been reported on the cases.

Because of this, Ramos said that the DOJ is “useless and incompetent,” while questioning the Department’s sincerity in resolving the cases.

This is also the lament of Echanis’ son.

“There is a task force that supposedly would look into the killing of my father but there has been no update about the progress (of the investigation),” he said during the online memorial on the first year of Echanis’ killing.

He added that this shows that the state really has no intention in resolving extrajudicial killings in the country.

Ramos also added that the authorities knew who killed Echanis yet they have no interest in bringing them to court.

“We demand explanations from the DOJ and Justice Secretary Menardo Guevarra. We want Malacañang to take responsibility for the brutal killing of Echanis and other peace consultants of the National Democratic Front of the Philippines (NDFP). The NTF-ELCAC ordered their killing,” Ramos said.

Cristina Palabay, Karapatan’s secretary general, said that “their killings followed similar patterns, in which they were either murdered by unidentified assailants, or killed in the course of purported service of search or arrests warrants in police and military operations.”

“These killings and the similar circumstances in which peace consultants were killed only show that this campaign of red-tagging and terrorist-labelling, regardless of its legal consequences on paper, is a de facto death sentence. By targeting and murdering peace consultants and advocates, Duterte and his cabal of bloodthirsty war criminals have killed all prospects of just and lasting peace under this administration in service of State terror,” Palabay said.

‘No hope in the system’

Meanwhile, Echanis’ daughter, Amanda, also sent a message during the online event saying that she missed her father and still dreams that he is still alive and with her.

“It has been one year and yet there is still no justice. This is the painful truth. But we know that there is no hope in this kind of system,” she said in Filipino.

“It’s been one year that you are not with us. My son is also turning one year old this year which also means that we are in prison for a year,” she added.

Amanda was arrested in December last year, with Baby Randall who was one-month old.

Amanda said she was six months pregnant when she learned about the killing of her father. She said she received a message that says, “Huwag kang magugulat. Wala na si Tatay. Tinokhang siya kagabi.” (Don’t get shocked. Tatay is gone. He was killed last night.)

“Memories have a way of recalling those moments which we thought was no longer there or which we no longer feel. But more than the pain, bravery which we thought we don’t possess surfaces. In these difficult times we get to know ourselves well and we get to see our abilities and our standpoint,” Amanda said who admitted that she felt heavy on her chest in the past days.

She also added, “You are my greatest teacher. I will strive to teach Baby Randall all the lessons that you taught me, us.”

Meanwhile, the groups vow to continue calling for justice for killed peace consultants and activists.

“One year after he was killed, the announced investigation by the Task Force on Administrative Order 35 has yet to show any significant progress towards determination and arrests of suspects. As we assert the struggle for just and lasting peace, we also ring the call for justice for Ka Randy and all peace consultants, and to stop the killings in the Philippines,” Palabay said.

Echanis, 72, and a neighbor was stabbed to death on Aug. 10, 2020 by unknown suspects in his rented apartment in Quezon City. His lawyers said that Echanis reported security threats following the unilateral termination of the peace talks between the Philippine government and the National Democratic Front of the Philippines (NDFP). The threats on his security made him stop attending the hearing on Hilongos case. In 2018, he was also included in the DOJ’s list of individuals petitioned for proscription as terrorist under the now-repealed Human Security Act.