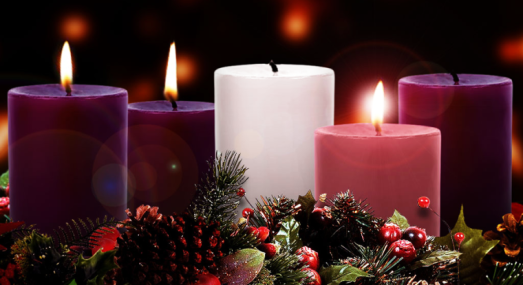 God’s coming into our midst is the cause of joy as shown in our Old and New Testament Readings for this week. The Holy One of Israel and the Sovereign God’s coming brings gladness and renewed vigor to the people who are in endless suffering due to captivity. The expectant joy of God’s people springs from the salvation brought by the coming of God’s promised Messiah. Our imagery of joy, from the Biblical times, is associated with victory, loud singing, a festival, and endless rejoicing among people whom God has visited and appeared to, a time when fear and disaster are no more – a jubilee as it can be called.

But further than the imagery of joy in the Biblical narratives is the proclamation of God’s jubilee – the day of God’s favor.The concept is not quite acceptable even by the leaders of the past and today. Jubilee is a radical concept characterized by liberation from all forms of oppression, bondage, slavery including unpaid debts, detention, and the restoration of relationships, in totality and without conditions.

Prophets of old and the present time continuously proclaim the jubilee – the year of God’s favor to all peoples, especially to those who are made captive by the oppressive rulers and systems that continue to dominate even our society today. The Gospel narrative in Luke calls us to a higher sense of becoming as person who are others-centered by sharing an extra coat to those who have none, food to those who are hungry and those who have nothing to eat. Despised tax collectors, who came to be baptized, are even challenged to collect not in excess from what is required. The questioning soldiers were told by Jesus to refrain from extorting money by way of threat or false accusations. There is that call to be satisfied with one’s wages and resources.

If today, the said prophetic proclamations are to be told to our government rulers, state forces, and legislators, the prophets would surely be red-tagged and vilified, and referred to as subversives. The said call to share one’s resources to the needy and those who have nothing in life can make one’s life in danger especially in the Philippines. Even those who selflessly desire to share to the needy by way of organizing a community pantry were tagged and maligned by our own government authorities. Helping the poor is a dangerous act to be done here in the Philippines. Many were killed and imprisoned because of this act.

Even more, when our truth-tellers proclaim what is true and just, for the leaders to do away from committing corruption, extortion, threat, and deception, they are being called anti-government and against progress. These leaders of today would actually be enraged by the truth-tellers’ call to be satisfied from their honest earnings. Because in truth, what is true and just is not their “cup of tea” and is hard to accept with their selfish and greedy bodies and systems.

But amid the persecution experienced by truth-tellers since of old, there is that unfathomable joy and contentment in proclaiming God’s jubilee despite the dangers and threats one may be faced due to its radical message.

As forerunners of just peace, equity, and liberation, like John the Baptist, who announced the coming of the Messiah, the task is truly a challenge and may possibly cost one’s life while in the process. Announcing God’s jubilee would mean proclaiming that salvation does not only involve the soul but as well as the physical, mental, economic, social, and political aspects of our human life.

The holistic concept of salvation comes as a concrete embodiment of our belief and stand for God’s promised abundant life, a life lived to the fullest in John 10:10. But how can everyone experience life to the fullest when there only a few who are enjoying the bounty of resources? And the rest of the population are facing difficulties, dying in hunger, and grasping their last breaths due to extreme poverty and oppression.

And as a church, the forerunner of God’s coming reign, should we stay silent amid our people’s sufferings? Should we not use our prophetic voice to speak for those who are muted and silenced? Should we not look deeper and hear intently the desperate cries of the disadvantaged and underprivileged? Are we not called to be prophets of today at this time of untruth and deception?

The path taken by forerunners of God’s reign of truth, justice, compassion, and equity is a “road less traveled” – a path of selflessness, sacrifice, and self-denial. The cost of proclaiming God’s jubilee has caused the lives of prophets since of old – priests, pastors, nuns, bishops, church workers, labor union leaders, human rights defenders, peace advocates, medical and healthcare workers, environmentalists, journalists, lawyers, paralegals, farmers, fisherfolks and many other truth-tellers.

In truth, God’s jubilee brings great joy to the captive and oppressed people but those who are tasked to proclaim the year of God’s favor – the reign of just peace and abundant life, are faced with the challenges, struggles and realities of being vilified, maligned and red-tagged. We pray that truth-tellers and prophets of today may remain steadfast, faithful and may they delight in God’s righteousness and justice, despite the difficult path of prophetic witness today. Siya Nawa!