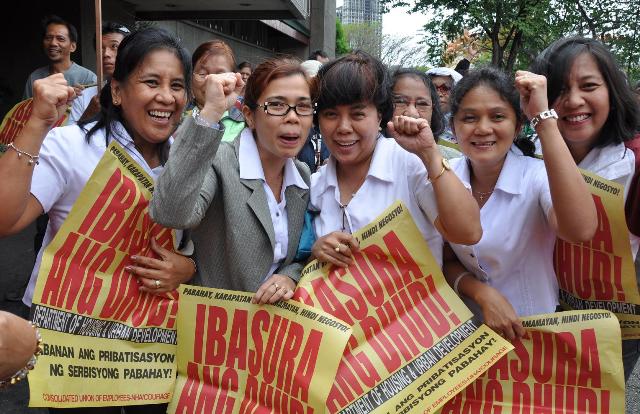 MANILA — Employees of the National Housing Authority (NHA) are against plans of the Benigno Aquino government to privatize housing services and to create a Department of Housing and Urban Development. NHA employees and urban poor organizations under the Kalipunan ng Damayang Mahihirap (Kadamay) have been fighting against moves to privatize public housing and legislative proposals on the same since the year 2000 and since the 9th Congress. (Text by Ina Alleco R. Silverio; Photos courtesy of Consolidated Union of Employees (CUE-NHA) / bulatlat.com)