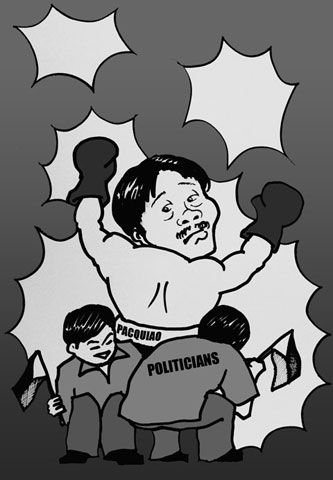 When boxer Manny Pacquiao returned to the Philippines after winning his bout with England’s Ricky Hatton, he was accompanied by a de facto entourage of politicians who did not have to be with him in Las Vegas. These politicians are trying their best to make it appear that they were there to support Pacquiao in the fight which he dedicated to the Filipino people, but it is all too apparent that they are grandstanding by riding on the champion pugilist’s popularity.