Nelson Mallari: Hero of the Aetas, champion of people’s rights

He was an Aeta who held his head up high while fighting for the rights of Aetas, indigenous peoples, and oppressed sectors of Philippine society. Ka Nelson was a “treasure of the Aeta people.”

FLORIDABLANCA, Pampanga – After ten years, Nelson Mallari was finally back in his hometown in Nabuclod mountain.

The Aeta leader would have wanted to return alive but circumstances did not allow him to. Yesterday morning, he was laid to rest on the same spot where his grandmother was buried alive in 1991 when Mount Pinatubo erupted.

Ka Nelson died July 27 after one week of struggling for his life. On July 20, while riding a bicycle on his way to their temporary home at Madapdap resettlement area in Mabalacat, Pampanga, a motorcycle accidentally bumped him, causing him serious head injuries. He was comatose for one week until he met his death. He was 39.

Nearly 300 Aetas, leaders of indigenous peoples from other regions and his colleagues in the movement flocked to Ka Nelson’s humble home, August 3, to pay their last respects to someone who dedicated his life for the uplifting of his tribe and other oppressed and marginalized sectors.

For the first time in many years, too, Aetas from the three villages in Nabuclod mountain gathered together to welcome home their leader who had been forced to leave their community in 2002.

Being a vocal critic of then president Gloria Macapagal-Arroyo, Ka Nelson’s life was put in danger. 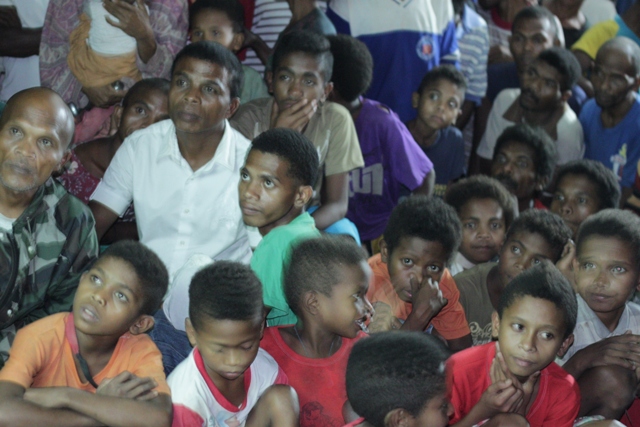 Elements of the 3rd Infantry Battalion of the Philippine Army set up a detachment right at Ka Nelson’s village.

“Soldiers went to the homes of the leaders and threatened us, accusing us of being members of the NPA [New People’s Army],” Danan told Bulatlat.com in an interview. The NPA is the armed wing of the Communist Party of the Philippines (CPP).

“Since he left this place, he never did anything else other than defend the rights of the Aetas, the indigenous peoples and the oppressed and marginalized sectors,” Canlas said in Filipino.

Canlas recalled that Ka Nelson and four other Aeta leaders traveled on foot all the way to San Marcelino, Zambales where AMGL at that time held its office. Sensing the seriousness of the threats, Canlas said, Ka Nelson continued his organizing among the Aetas in other places in Central Luzon.

“He went to all provinces in the region where the indigenous peoples live – Zambales, Tarlac, Bataan and as far as Aurora,” Canlas said.

Roman Polintan, chairman of Bagong Alyansang Makabayan chapter in Central Luzon, testified how hardworking Ka Nelson was. “He would always tell me, ‘Dyan lang tayo pupunta’ (Our destination is just there) and we would walk for hours. He was a tireless man.”

His wife, Maria, whom he married in 1996, said Ka Nelson never stayed at home for long. Maria never resented it. “I knew that what he was doing was for the people, not for himself. I have long accepted that,” she told Bulatlat.com in an interview. 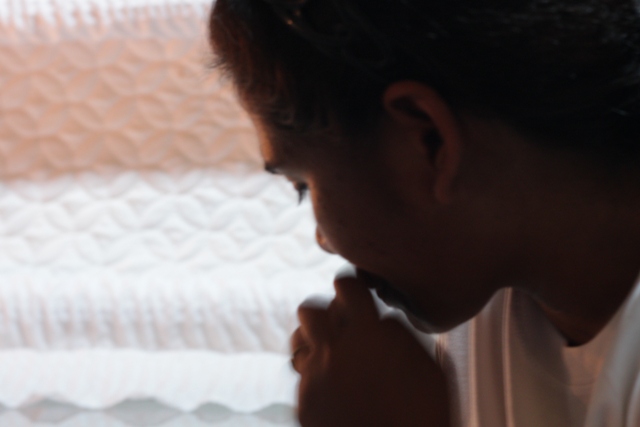 They have two sons, Arnel, 14 and Mark Melvin, 13, who enjoyed the company of their father whenever he was home. “He liked joking when he was with the boys,” Maria said.

Polintan said Ka Nelson was so effective that every time he spoke, the audience would always give him an applause, or sometimes, even a standing ovation. “He spoke from his heart,” Polintan said.

It is easy to understand why Ka Nelson represented his tribesmen and the other marginalized sectors so well. He knew poverty since childhood.

Born to a peasant Aeta family, Ka Nelson is second of five siblings, all boys. Their parents died when Ka Nelson was around six years old.

Sonny Serrano, an uncle, said Ka Nelson worked at an early age, as a farmer, a house helper and whatever jobs he could take. This led him to the city and exposed him to discrimination against the Aetas.

After the eruption of Mt. Pinatubo, Ka Nelson and other leaders found the need to form their own organization. From 1991 to 1994, they went to places where the Aetas had been relocated and formed the CLAA. It was the beginning of his life-long advocacy.

In the 90s, Ka Nelson ran for Sangguniang Kabataan and won. He eventually ran for councilor of their village and won again.

“He had the initiative. He was a good leader,” Serrano said during the tribute.

As a leader of CLAA, Ka Nelson was popular. This made him a target of constant harassment. While in San Marcelino, Zambales, state agents would constantly tail him. Eventually, Ka Nelson deemed it was no longer safe for him to stay in Central Luzon.

In 2009, he became part of the Kalipunan ng mga Katutubong Mamamayan ng Pilipinas (Kamp) and eventually became its spokesman.

Joan Jaime, Kamp national coordinator, said Ka Nelson was a conscientious leader. “One time, because he was so eager to speak with other indigenous peoples, he spoke in Tagalog while speaking to a Lumad who spoke Bisaya,” Jaime said in Filipino. “Although they have different languages, they understood each other because of the common struggles against development aggression and for their ancestral land.”

Antonio Liongson, national coordinator of the Moro-Christian People’s Alliance (MCPA), called Ka Nelson as a “treasure of the Aeta people.”

“He was a small person but his heart was big,” Liongson said.

Bolinget said Ka Nelson was extraordinary. He said that despite the discrimination against the Aetas, Ka Nelson stood up, his head held up high, to defend the Aetas. “He was never ashamed; he did not turn his back to the challenge of the need for the Aeta people to rise up and make others know that the Aetas are humans too,” Bolinget said.

As then spokesman of Katribu, Kakay Tolentino, now spokeswoman of Katribu, said Ka Nelson traveled to many parts of Luzon, Visayas and Mindanao to educate and mobilize the indigenous peoples who are victims of large-scale, destructive mining and other so-called development projects.

It did not matter that Ka Nelson only finished third grade in basic education, he earned the respect of fellow leaders and the indigenous peoples.

Bais said he met Ka Nelson when they staged their strike at Hacienda Luisita in 2004. “His words inspired us to continue the struggle,” Bais said.

“Our aspirations are common: to live decently, to live with hope. Despite the threats to his life, he remained steadfast,” Bais said.

Ipamingwa said Ka Nelson was instrumental in the recent victory of the Aetas against mining project in Mt. Abo. Just this March, the proposed project was dismissed due to the opposition of the indigenous peoples.

The Aetas have big shoes to fill especially that soldiers are still stationed at Ka Nelson’s village to protect the eco-tourism project of the local government and of businessmen.

“The responsibility now lies in our shoulders to continue defending our ancestral domain,” Jaime said.

The Aetas, old and young, clapped their hands in agreement.