Worse than the problem

By LUIS V. TEODORO Vantage Point | BusinessWorld Congressman Feliciano Belmonte has filed a resolution urging both Houses of Congress to propose amendments to Articles 2, 12 and 16 of the Constitution. These provisions restrict foreign exploitation of natural resources, and limits foreign investments to certain areas as well as ownership of public utilities, advertising…

END_OF_DOCUMENT_TOKEN_TO_BE_REPLACED 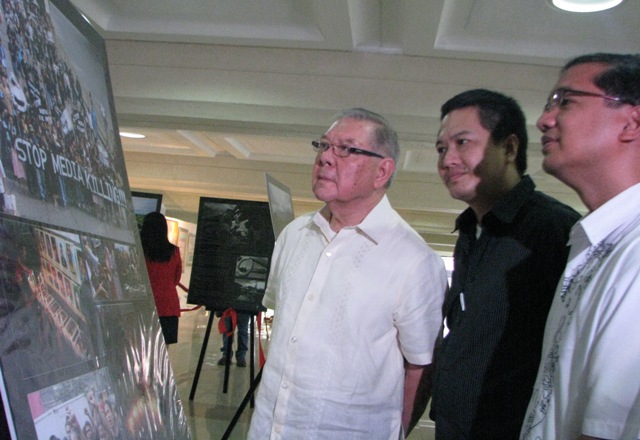 A photo exhibit on the Ampatuan massacre on November 23, 2009, that claimed the lives of 58 individuals, including 32 journalists, has been mounted at the North Wing lobby of the Batasan complex. It is organized by the National Union of Journalists of the Philippines and the Philippine Center for Photojournalism (PCJ), in coordination with the office of Deputy House Speaker Erin Tañada. (Text and photos by RONALYN V. OLEA / Bulatlat.com)