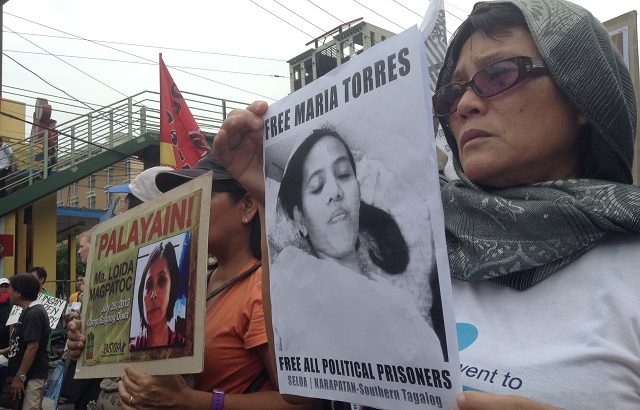 “The BS Aquino government has shown its fangs once again with the arrest of another pregnant woman. Evil is an understatement to describe the treatment of the government to pregnant women like Maria Miradel Torres and Andrea Rosal. Both were going through difficult pregnancies when state forces mercilessly arrested them on spurious charges.” – Karapatan