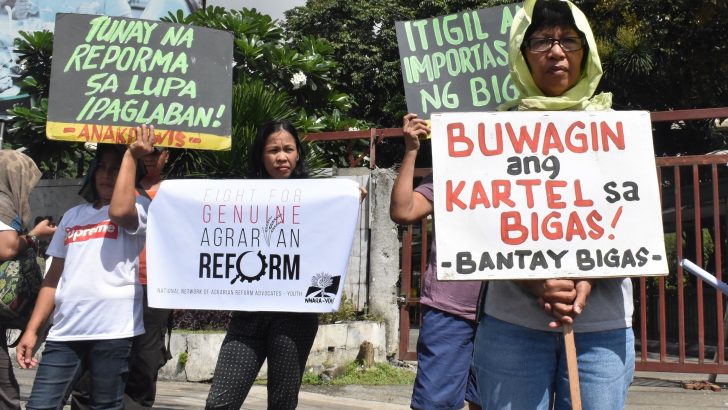 Bantay Bigas says government should buy at least 25 per cent of the local rice harvest.

END_OF_DOCUMENT_TOKEN_TO_BE_REPLACED

Peasant, fisherfolk groups renew call for pull-out from the WTO

By INA ALLECO R. SILVERIO
In the 17 years that the Philippines has been a member of the World Trade Organization, from being a net importer of rice, it became a net exporter as production fell considerably and land grabbing became rampant. Now, even vegetables are being heavily imported and soon imported fish products would flood the country, all in the name of the WTO.

END_OF_DOCUMENT_TOKEN_TO_BE_REPLACED

WTO Trade Talks Collapse, What It Means for Workers

BY SHAWN GARCIA Party for Socialism and Liberation Bulatlat.com The World Trade Organization Doha Development Agenda was suspended on July 24, 2006. The decision to halt the “Doha Round” of trade talks came after the major imperialist powers—the United States and countries in the European Union—failed to reach a compromise on world agricultural trade. For…