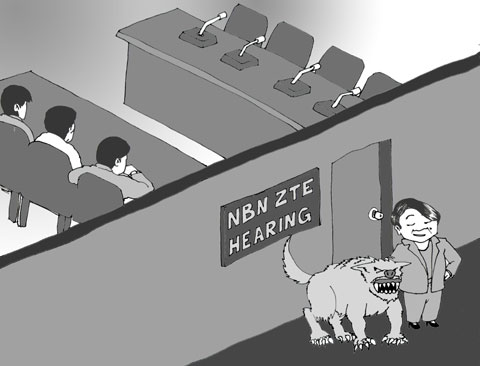 The recent reopening of the Senate investigations on the controversial National Broadband Network (NBN) deal the Philippine government and China’s ZTE Corp. came to nothing after two vital witnesses, former National Economic and Development Authority (NEDA) director-general Romulo Neri and his alleged technical consultant Engr. Rodolfo Lozada, both failed to show up. In previous hearings Neri has hinted at particular discussions between him and President Gloria Macapagal-Arroyo on the ZTE deal which he said he was not at liberty to divulge. Neri has repeatedly snubbed recent Senate summons, while Lozada was suddenly out of the country on a “business trip” on the day he was scheduled to testify. Is the Arroyo administration obstructing the truth by preventing the ZTE witnesses from testifying?