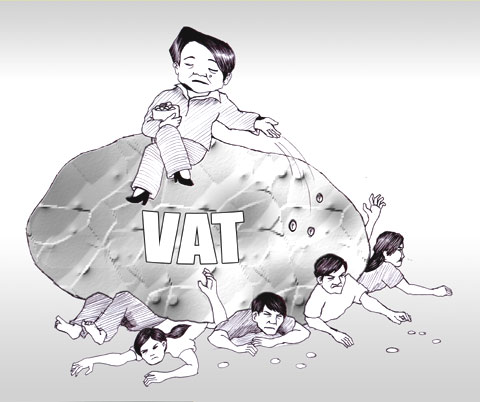 The Arroyo administration has been justifying its refusal to scrap the value-added tax (VAT), arguing that it is the source of subsidies for the poor who are bearing the brunt of the economic crisis. These subsidies (mostly one-time), however, are a mere pittance when compared to the billions of pesos that the government is able to collect from the VAT every year. The people are being asked to continue carrying the VAT burden so there could be a continuing source for subsidies – in effect, they are being asked to sacrifice so they could subsidize themselves while the government gets the credit.