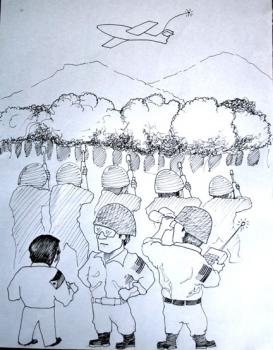 US soldiers are supposedly barred by law from establishing an indefinite presence on Philippine soil, and their work is purportedly limited to military exercises. They have, however, been continuously present in the Philippines for nearly a decade, and there is growing evidence pointing to their actual participation in combat operations. They are the “visitors” who never left and, “trainers” who do intelligence operations in the field but supposedly never participated in combat operations, from all indications, they have intentions of continuing to do so.