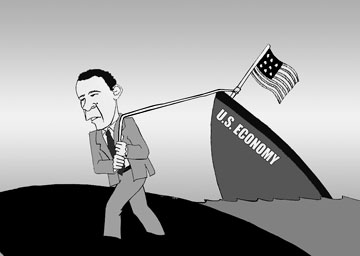 Barack Obama’s victory in the US presidential elections has been met with much jubilation, considering that he ran on a platform promising change. Now that he has been elected as the successor of George W. Bush, Obama is up against a formidable challenge that will be a major test to his ability and willingness to effect change: the challenge of rescuing a US economy sinking more and more into a financial crisis that is the doing of American big business.