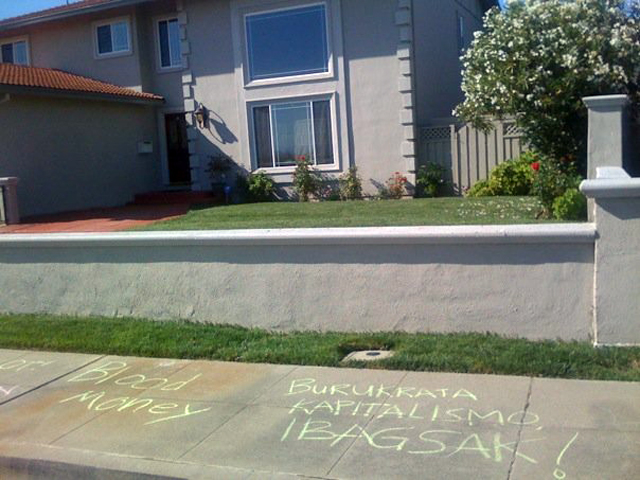 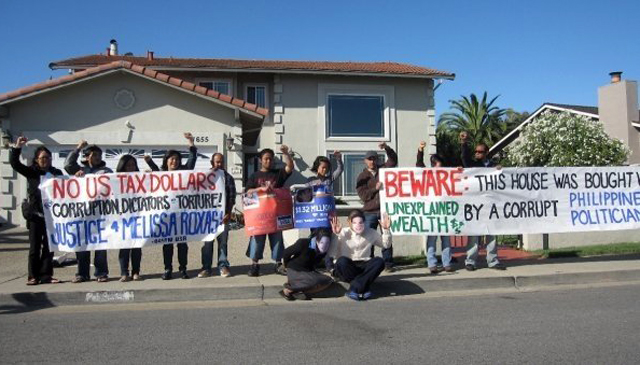 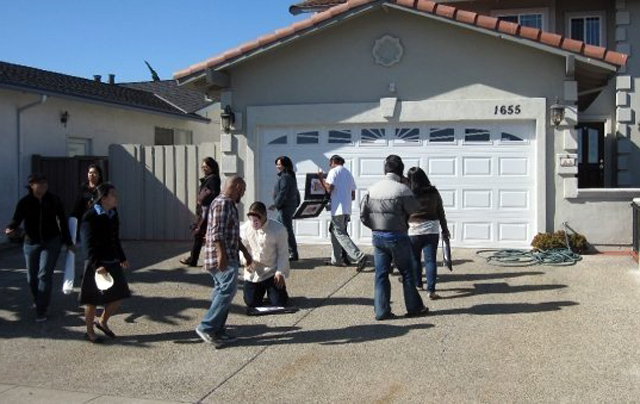 Last Sept. 5, Filipino activists in the United States staged a protest outside the home of Mikey Arroyo at 1655 Beach Park Blvd in California. The protesters denounced Arroyo’s failure to declare the house, which he bought for $1.3 million, as part of his real estate assets. Mikey is President Arroyo’s eldest son. (Photos by Anthony Navarro / bulatlat.com)