News in Pictures: We are Farmers! 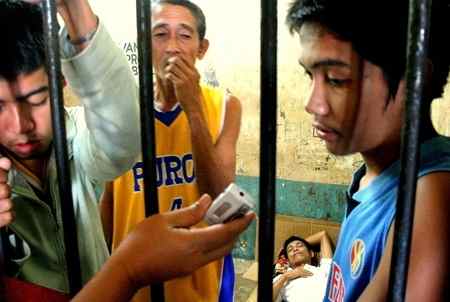 A farmer and his sons said they were picked up by members of the 69th Infantry Battalion in sitio Salagunting, Barangay Fatima in Paquibato, where a landmine recently exploded on November 23, wounding four soldiers. Mateo Molato, father, 57, (center) and his sons Jimboy, 21, (left), and Richard, 18,(right), said they were beaten and forced to admit they were members of the New People’s Army. One of his sons was made to open his mouth while a soldier pointed a gun into it.  Molato said they were only tilling the farm and did not know there was a landmine. Father and sons have been turned over to the Mintal police station, where they’ve been detained for days now. (davaotoday.com Photo by Jose Hernani)