Dictator in the Making 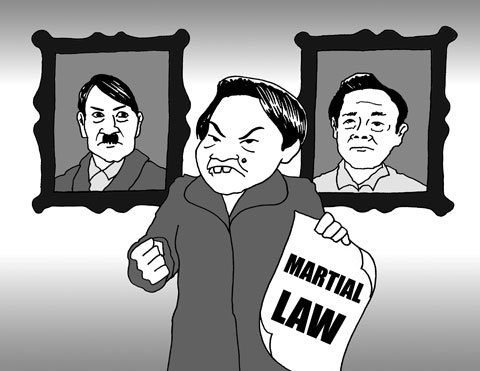 Dictator in the Making. In declaring martial law in Maguindanao — even in the patent absence of rebellion or invasion which provide the only constitutional grounds for martial law — President Gloria Macapagal-Arroyo is testing the waters for a possible expansion of martial-law coverage to the rest of the country. This would serve to perpetuate her in power beyond 2010. Arroyo is going the way of dictators Adolf Hitler and Ferdinand Marcos.
By FLON FAURILLO
(Bulatlat.com)