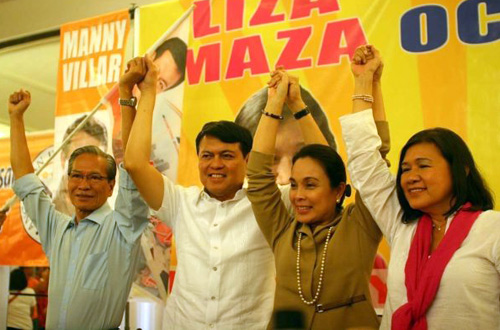 Rep. Satur Ocampo and Rep. Liza Maza of the Makabayang Koalisyon ng Mamamayan (Makayaban) announced on Monday that they have joined the Nacionalista Party ticket as senatorial guest candidates in the 2010 elections. They also said they are supporting the candidacy of Manny Villar for president and Loren Legarda for vice president. (Photo by Karl Ramirez)