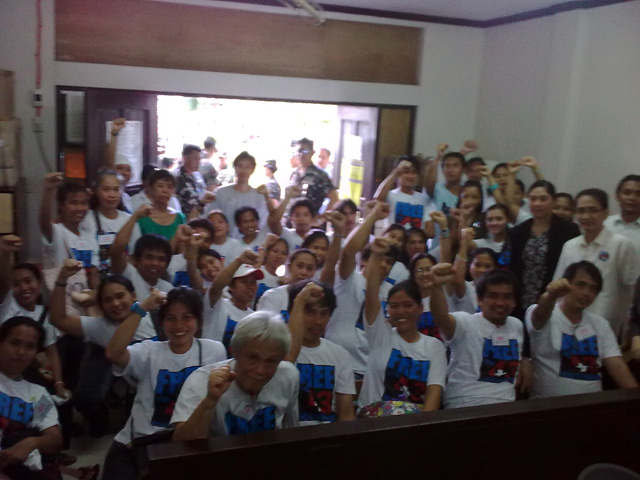 Letter from the counsels for the Morong 43

These photos were taken immediately after the hearing yesterday before the Morong Regional Trial Court on the issue of their transfer from a military camp to a civilian police jail. There is an obvious scheme to keep them in the hands and at the mercy of the military.

They have been in the  military camp since their illegal arrests last February 6, 2010 and have since been subjected to various forms of physical and psychological torture, threats, coercion, harrasments, intimidation, repeated and endless interrogations without the presence of counsels of their choice, among others. Their families are also being surveilled, harassed and threatened. Their private doctors are arbitrarily refused entry. They are still being subjected to psychological torture and psy-war tactics and to arbitrary restrictions. Five of them are presently segregated from the rest, kept in a military safehouse and are under duress and given military lawyers who eased out their counsels of choice. The latter have not been allowed to see or confer with the five since the start of March.

In spite of all of these and what they went through, they remain steadfast, committed, now even more assertive of their rights and in a fighting, defiant yet still jolly mood as the first picture shows. It was taken at the end of the lawyers’ briefing and before they were herded back to the military buses en route back to the military camp.

They shall go on fasting starting today in protest of their continued detention in the military camp and the deliberate refusal of the military to bring them to the last two hearings before the Philippine Commission on Human Rights (CHR) where they filed complaints against the military and police for atrocious human rights violations based on well-documented accounts. The military continues to defy and disrespect the CHR mandatory orders. 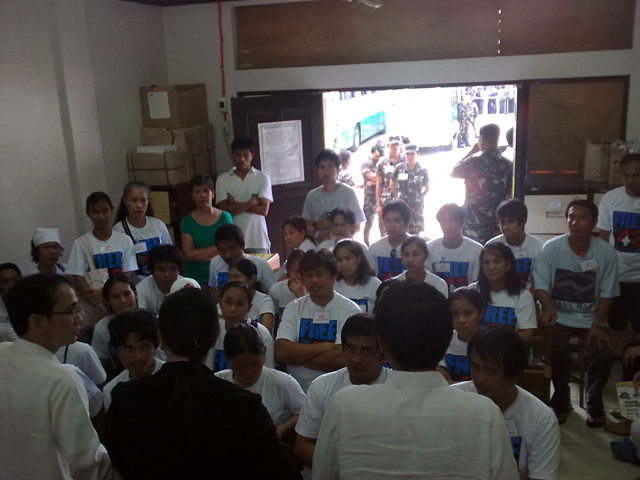 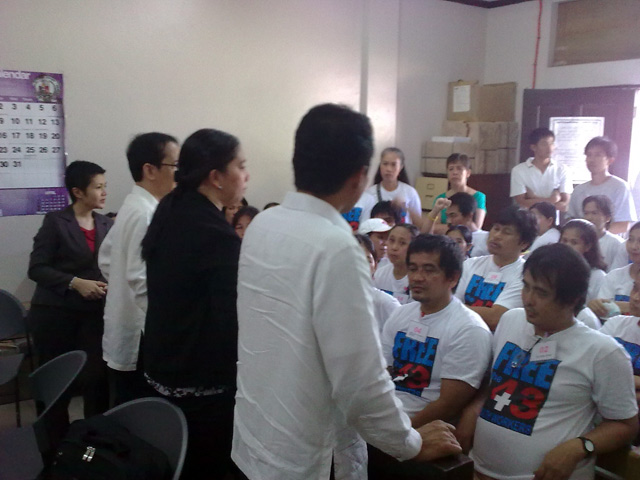 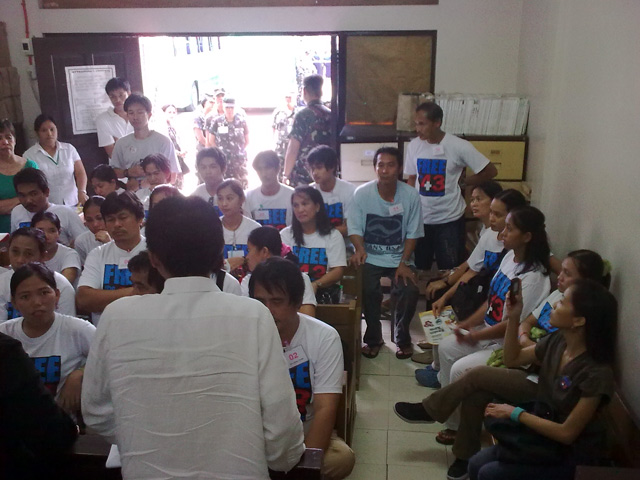