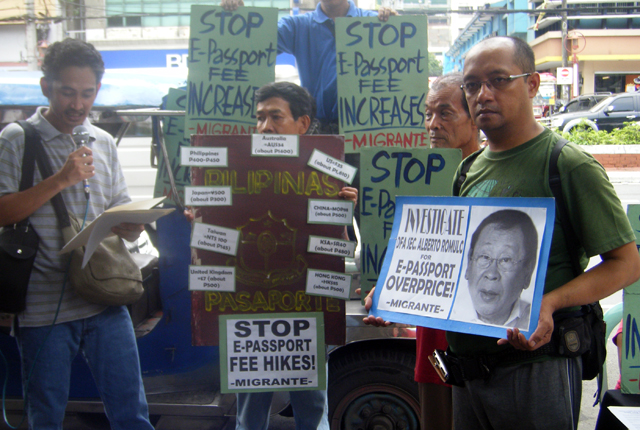 MANILA — Migrante International launched a petition campaign on Tuesday at the seafarers’ recruitment center in T.M. Kalaw, Manila, denouncing the recent increase in e-passport fees, in light of allegations that the contract entered into by the Department of Foreign Affairs (DFA) for the procurement of the new e-passport is illegal and tainted with corruption. 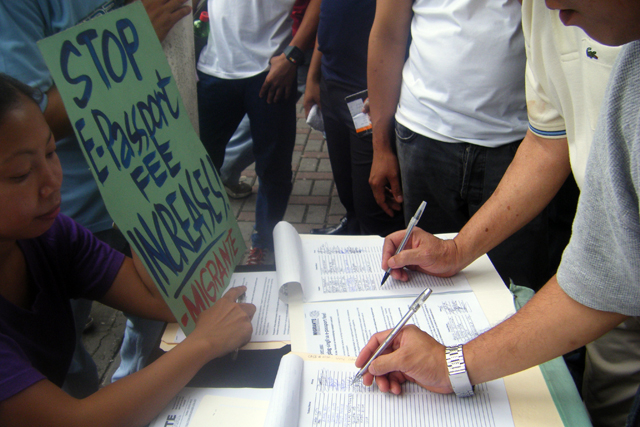 The new e-passport now costs P950 to P1,200 from P550 to P750 in the Philippines, while e-passport fees increased abroad to as much as thrice as the previous rates, approximately US$6 more than the fee prescribed for e-passports in the Philippines. OFWs from China, Hong Kong, the Middle East, Canada, Australia, United States, Italy, United Kingdom and other regions have been complaining about the fee hikes. 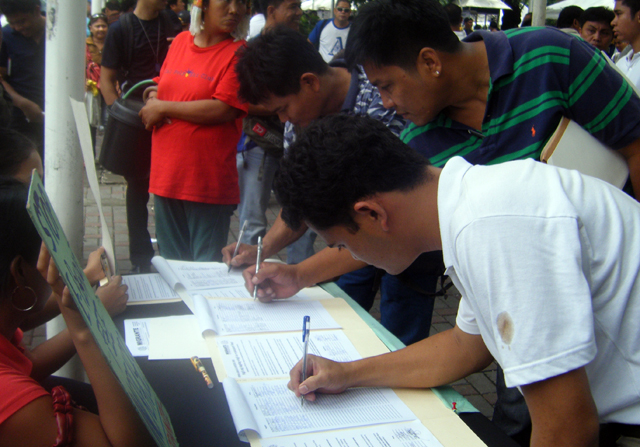 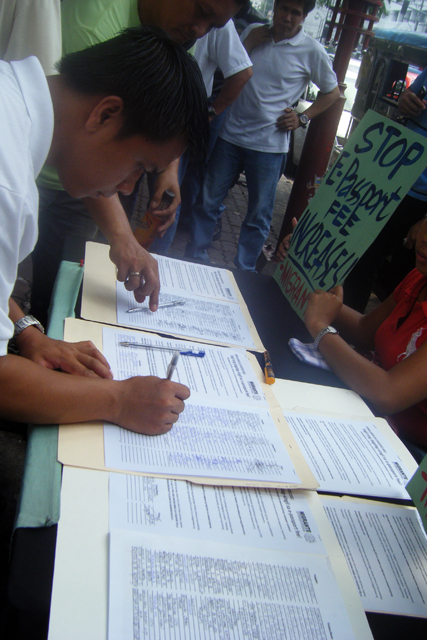 According to Garry Martinez, Migrante International chairman, they will gather signatures from various OFW communities, at the Philippine Overseas Employment Administration (POEA) and Overseas Workers Welfare Administration (OWWA) offices and other passport application centers. The petition will then be submitted to the DFA on August 23. (Photos courtesy of Migrante International / Bulatlat.com)