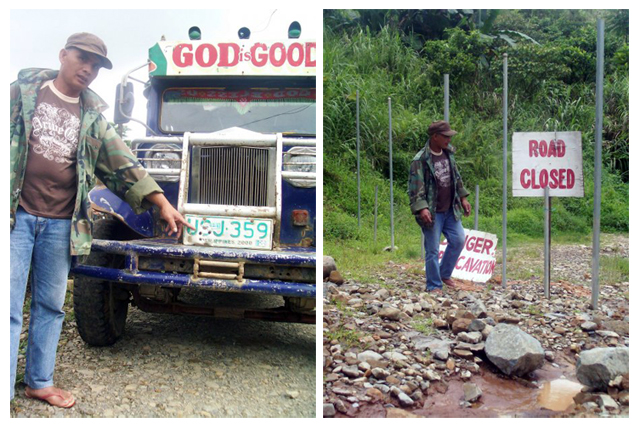 An Ifugao driver points to the bullet holes on his jeepney after he was shot at by a security officer working for Australian company Oceana Gold Resources. His ride now has less drag while in motion. He was also prevented from using the village road leading to his house.

These photographs were taken early 2009.

For years, indigenous communities in Kasibu, Nueva Vizcaya, are experiencing the ill environmental and social effects caused by open-pit mining activities of Oceana Gold Resources, including human rights violations such as the illegal demolition of their houses in 2008.