The lawyers, who attended the NUPL’s second national congress on September 20, 2010 in Pasay, also visited the health workers, more commonly known as the Morong 43 at Camp Bagong Diwa in Bicutan. The lawyers said they will report back to their respective home affiliations, noting in general poor hygiene in the detention center. Costa Rican lawyer Luis Roberto Zamora Bolanos wrote: “Latrine and tap water is present, yet the latrine had no flow of water, creating a health hazard…Rain would come in the cells through uncovered windows, wetting the entire floor, which represents a health hazard.” 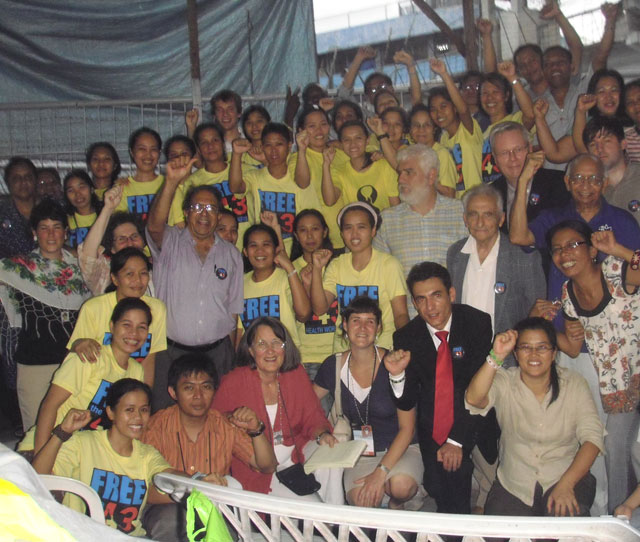 Roland Weyl, dean of the Paris Bar Association and first vice president of the IADL, said their support for the Morong 43 is not only because of humanitarian reasons. “We know that by fighting for you, you are fighting for us.”

The NUPL and its foreign guests also feted NUPL pillars Romeo Capulong and Frederico Gapuz. Capulong, who is also an ad litem judge at the United Nations, was the NUPL’s founding chairman. Gapuz, president of the Union of People’s Lawyers in Mindanao, was the founding president. They were awarded the group’s highest recognition, the Peoples’ Lawyer award and were bestowed Chairperson and President Emeriti, respectively. 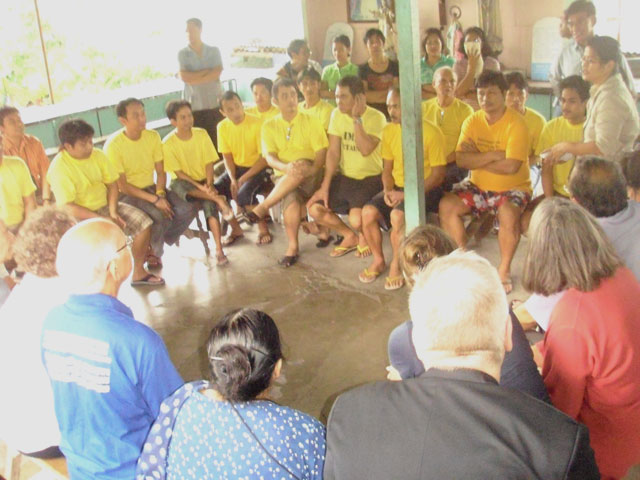 The NUPL is the Philippines’ largest network of human rights lawyers, and represents besides the Morong 43, the farmers in the Hacienda Luisita case, drivers in the RFID petition, and political detainees all over the country. It also handles about 90% of the writ of amparo cases so far filed.