You Are Here: Home → 2010 → October → 7 → News in Pictures: Peasants Attempt to Hold Vigil in Mendiola for Aquino’s 100 Days, Dispersed by Police

News in Pictures: Peasants Attempt to Hold Vigil in Mendiola for Aquino’s 100 Days, Dispersed by Police 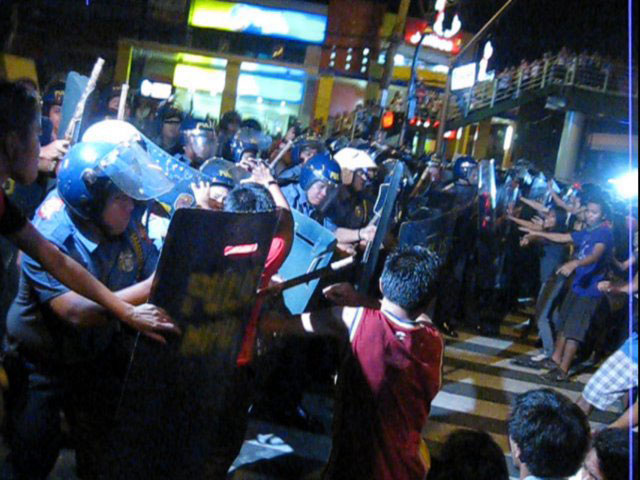 MANILA — More than a hundred peasants who attempted to hold their two-day vigil at the foot Don Chino Roces Bridge (formerly Mendiola Bridge), marking President Benigno Aquino III’s 100th day in power, were dispersed by police around 7:30 p.m. on October 6. 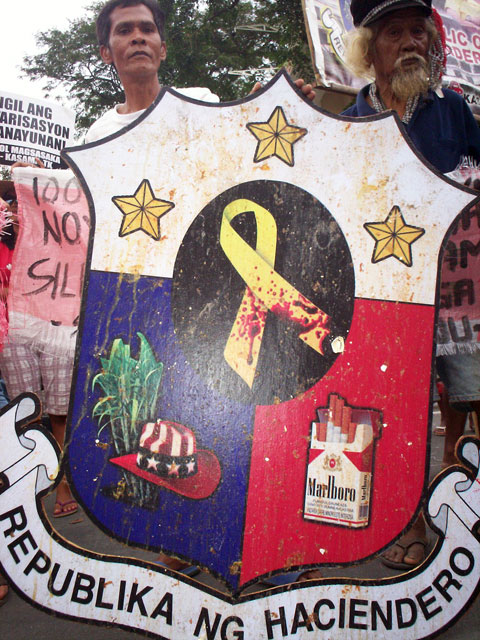 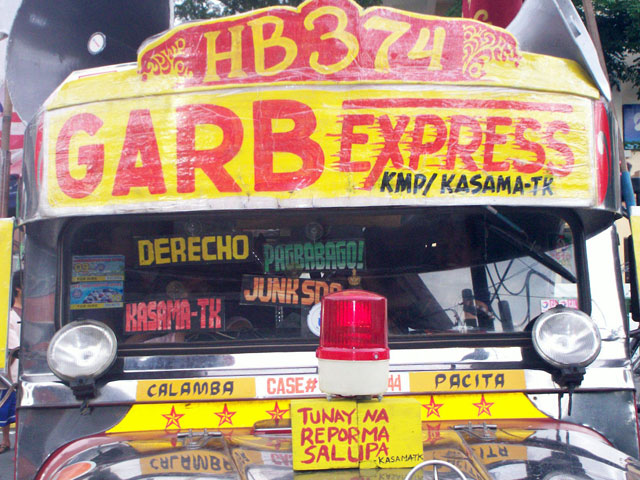 “We are on a 48-hour vigil for our demands to be carried out or else his presidency is doomed to face more and intensified peasant protests,” KMP spokesperson Antonio Flores said. “We are transforming our camp-out into a peasant sentry for land reform and justice.”

Peasants expected Aquino, who won under the banner of promoting changes, to “implement fundamental reforms such as genuine and reform, justice for victims of rights abuses and prosecution of former president Gloria Macapagal-Arroyo.”

A hundred days since Aquino became president, however, peasants think that there have been no significant changes in their lives. “Where the hell is change?” Kasama-TK secretary general Axel Pinpin said in a statement, “Peasants are still landless and landlords like Aquino continuously exploit from their toil.” 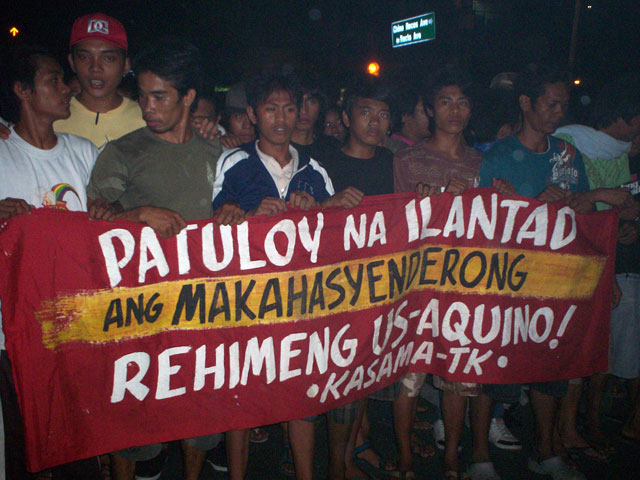 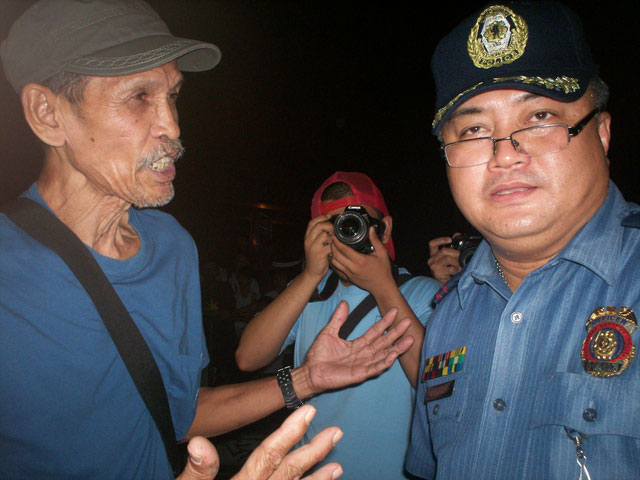 Pinpin added that peasants were the first casualties of the Aquino government when they were dispersed on July 3, where 42 were arrested and 11 were wounded. “The more he ignores us, the closer we would get. Our struggle for rights to land is eternal, presidents change but our aspiration for genuine land reform never ends,” Pinpin said.

Their program, however, was disrupted when some 50 members of the police accompanied by a fire truck arrived to disperse the peasants. Peasants had to retreat towards Bustillos Church, leaving five hurt. 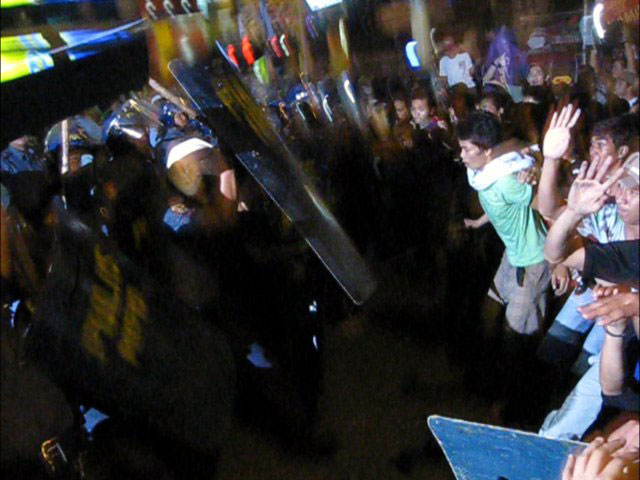 Peasants would be spending the night in Welcome Rotonda. They are bound to return tomorrow to continue their vigil. “To date, all he has done was to serve his landlord class, oppress the Filipino peasants,” Flores said, “Thus, we give him zero grade for his first 100 days.” (Photos by Janess Ann J. Ellao and Kilusang Magbubukid ng Pilipinas / Bulatlat.com)