News in Pictures: IJM Workers Picket in front of ABS-CBN 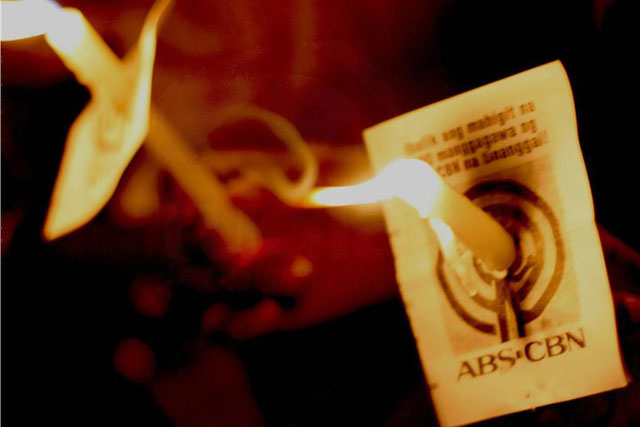 MANILA — Starting October 12, the picket in front of ABS-CBN network’s Sgt. Esguerra gate will serve as protest center of the Internal Job Market Workers Union (IJMWU) to further pressure the network management to reinstate the 114 illegally dismissed workers and to hold certification elections, following the Department of Labor and Employment’s (DOLE) decision on their case. 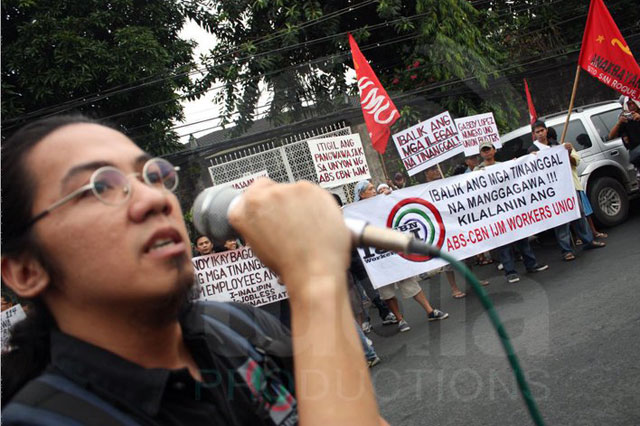 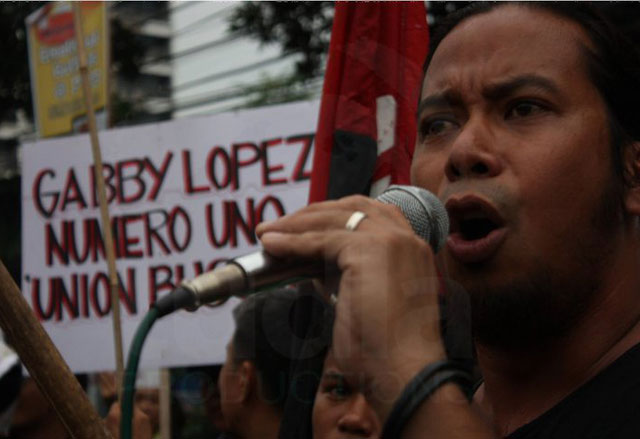 According to IJMWU Vice President Alain Cadag, this is the biggest protest action the workers have staged since June 17, when the management started dismissing the workers. Since the first day of retrenchment, the ABS-CBN management gave no response to the demands of the workers and instead, continued to dismiss employees who are mostly union officers and members. 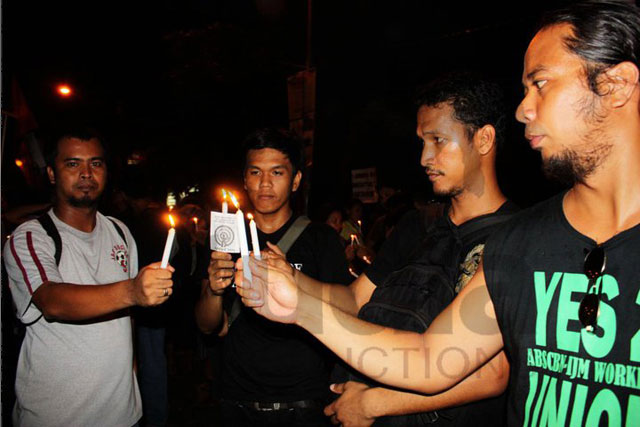 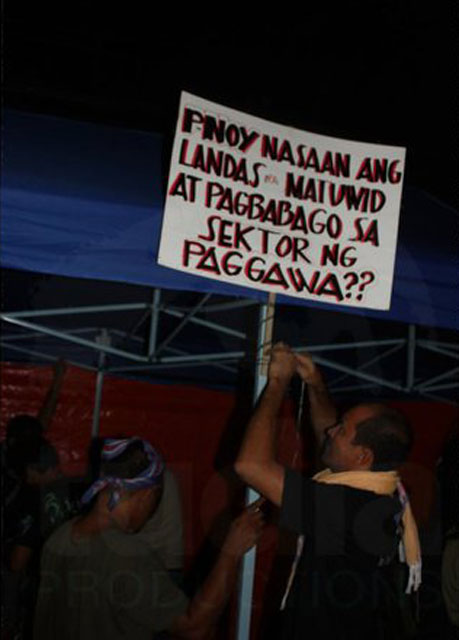 IJMWU sought recognition in November 2009. This ensued a legal battle between the ABS-CBN management and IJMWU; with the former claiming that the employees are only ‘talents’ or individual contractors and not regular employees.

In August 18, 2010, DOLE ruled in favor of IJMWU, saying that they are regular employees of ABS-CBN. ABS-CBN has filed a motion for recognition, pending another DOLE decision.

Residents of urban poor communities, youth and workers visited and stayed at the picket line to join in the discussions and show their support to IJMWU. (Bulatlat.com)