Salungguhit: Who is The Biggest Gainer? 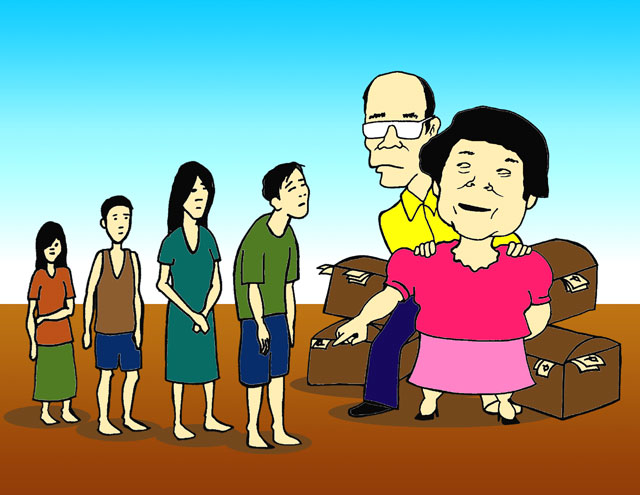 The Department of Social Welfare and Development has the biggest budget increase because of the Aquino government’s flagship anti-poverty program: the Conditional Cash Transfer Program, which aims to distribute money to poor families. This is merely a continuation of the dole-out program began by the previous Arroyo administration, but is being intensified and expanded at a rate which even former president Gloria Macapagal-Arroyo finds unsustainable. But the essential question is, what would happen to the poor after the funds for the program have been spent?