HONG KONG — In a press conference on Tuesday, United Filipinos in Hong Kong (UNIFIL-Migrante-HK) exposed the rude and insensitive treatment of Labor Attache to Hong Kong Romulo Salud towards an OFW in distress.

Agnes Tenorio, a first-time domestic worker in Hong Kong, sought the help of the Philippine Consulate General last September 29 after her contract was illegally terminated by her employer barely two hours after she arrived at her employer’s house. She was referred there to Labatt Salud. 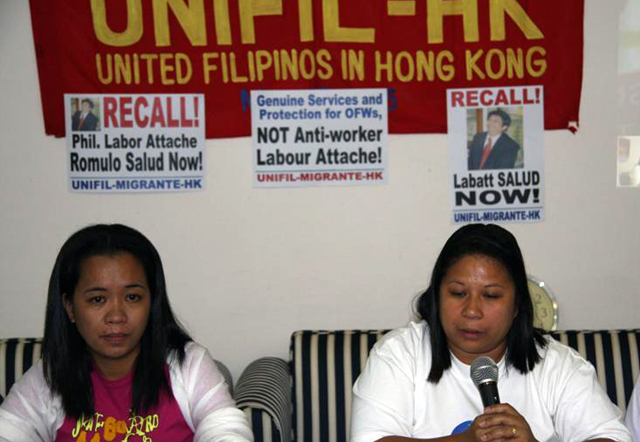 Confused and unaware of her options, her initial reaction to the experience was to go back home to the Philippines. Labatt Salud did not give her advice nor informed her of her rights and instead conveniently agreed to her kneejerk request.

She, however, learned afterwards from other OFWs and the Mission for Migrant Workers (MFMW) that, under law, she is allowed to file claims for her unpaid wages at the HK Labor Department as well as complain her employer for illegal termination of contract. With these new knowledge at hand, Tenorio went back to see Labatt Salud on October. 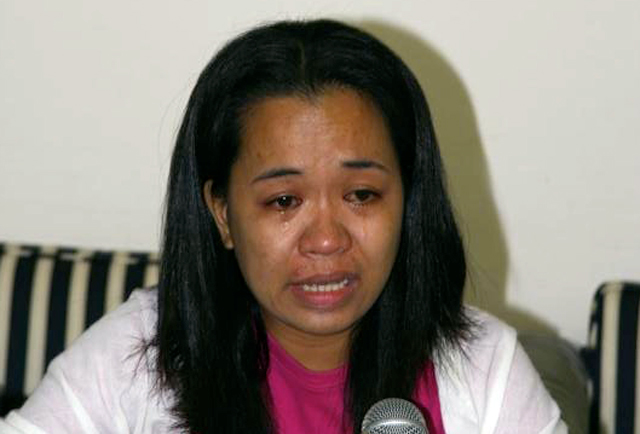 The actual recording and full transcript of the conversation between Labatt Salud and Tenorio is now posted in Youtube and is being circulated in Facebook. 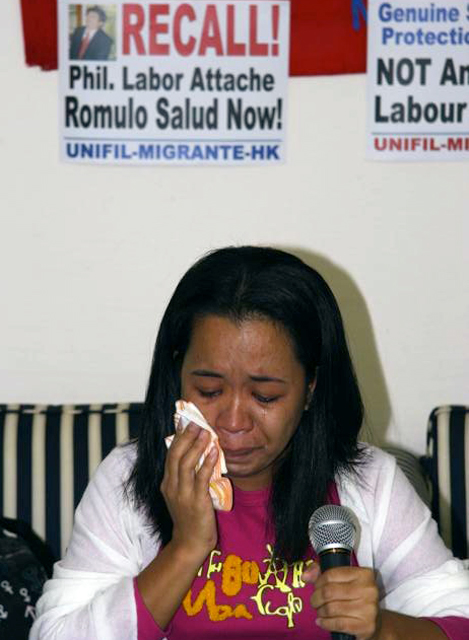 The groups are now demanding for the removal of Labatt Salud from his post and have reported the incident to Department of Labor and Employment Secretary Rosalinda Baldoz.

“We await for the urgent action of Sec. Baldoz. Labatt Salud should not be allowed to stay for even one more day in his post where he can verbally abuse OFWs already facing problems with employers and recruitment agencies,” said Dolores Balladares, chairperson UNIFIL-Migrante-HK.

Balladares added that they have also started coordinating with the Gabriela Women’s Party (GWP) in the Philippines and Migrante International to lobby for investigation and immediate actions on the conduct of overseas Philippine officials on matters of OFW concerns. 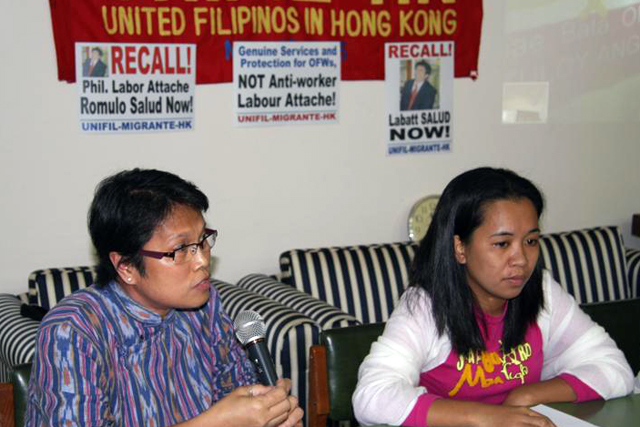 Migrante International secretary-general Gina Esguerra said that Tenorio’s case is one of the “numerous complaints against labor attaches, embassy officials and personnel but sadly none have been sanctioned”.

“What they do when the complaints become resounding is either they transfer them back to the Philippines or to another post,” said Esguerra. Salud was formerly an official of MECO in Taiwan.

“Labor Attaché to HK Romulo Salud has insulted, neglected, and aggrieved OFWs one time too many and must be recalled from his post. We call on the Philippine government to finally make accountable officials who have done misconducts and have showcased their disregard of the rights and wellbeing of Filipino migrant workers. Neglect and transgressions on the rights of OFWs with impunity must stop,” Balladares said.

“Nobody is made answerable to many ills that plague OFWs from irresponsibility to policies detrimental to our rights. Passport price is still sky-high, overcharging remains rampant, OWWA is still inutile, and just recently, the threat of budget cut hangs over our head ready to deplete the already small funds for our welfare. The Aquino government should put to task all who are responsible for the different concerns of OFWs. Ultimately, it is his government who will answer to Filipino migrants,” Balladares said. (Photos courtesy of UNIFIL-Migrante-HK / Bulatlat.com)