Photo of the Week: Child’s Play? 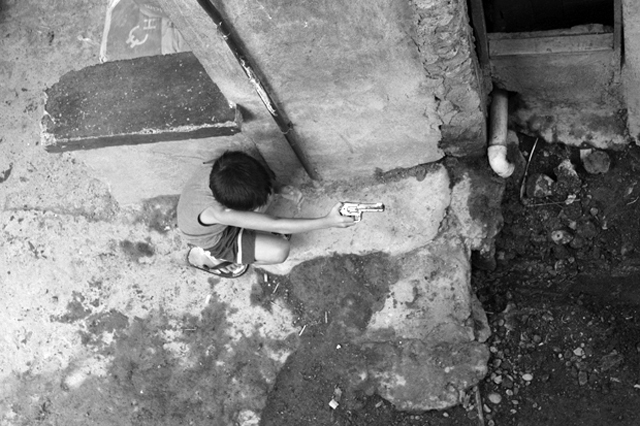 Is the boy just acting out his favorite video game or the vigilante justice of the feared Davao Death Squad? We can never tell. At an early age, children start playing with toy guns, but, later on in life, they will be confronted with the violence of the real world.