You Are Here: Home → 2011 → April → 29 → News in Pictures: Unions led by the Confederation for the Unity, Recognition and Advancement of Government

News in Pictures: Unions led by the Confederation for the Unity, Recognition and Advancement of Government 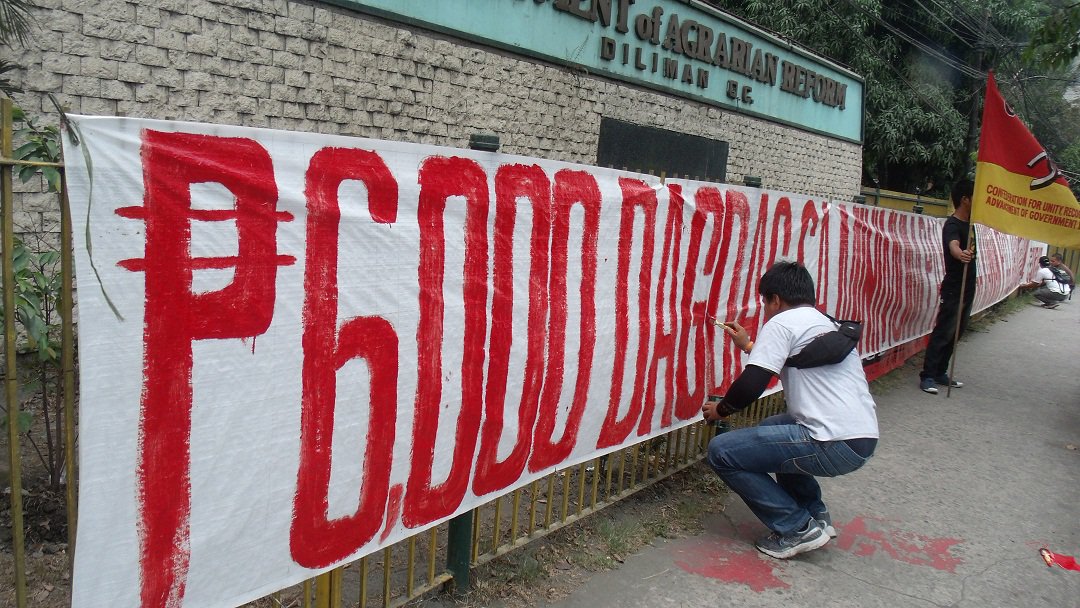 Employees (COURAGE) hold a picket in front of the offices of the Department of Agrarian Reform (DAR) in Quezon City and paint a streamer red with their demands: a P6,000 increase in the salaries of all government employees.

LGU employees, said the League of Local Government Unit Employees (LEAGUE) President Erwin Lanuza, are in fact grossly neglected by the SSL 3 and are in dire need of a substantial wage increase. He said that the implementation of SSL3 has left LGU employees in the cold.

“We’re being treated like second-class citizens. The adjusted salary rates are based on the income class and financial capability of each local government unit, and employees from lower-class municipalities are constrained to accept meager increases, depending on the availability of funds or the fiscal viability of their mother units, not to mention the fact that the said increases are given in a span of four years,” he said. 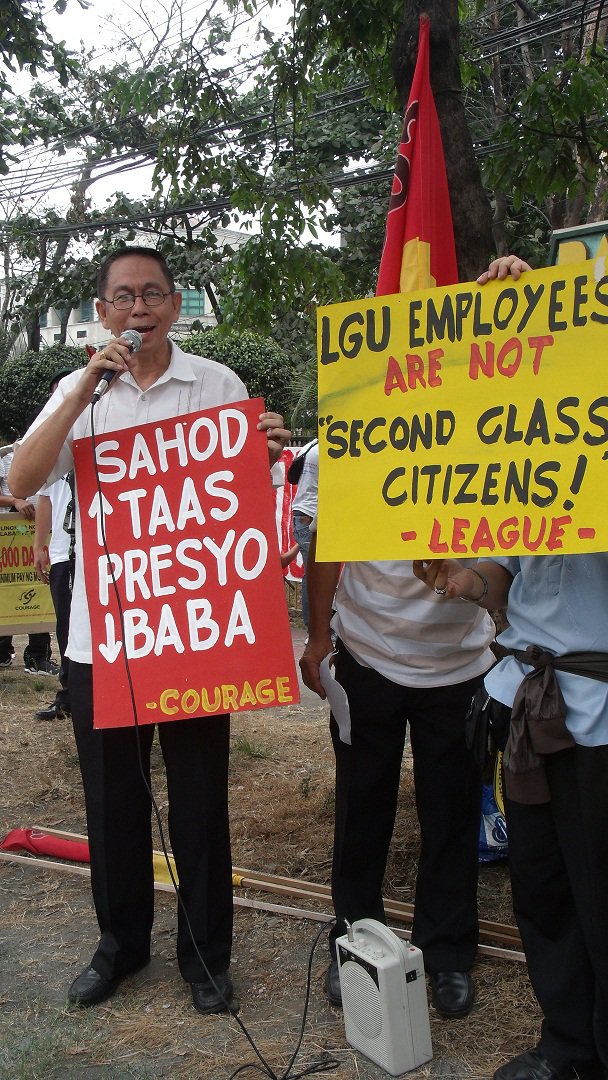 Lanuza explained that after the full implementation of SSL 3, a Salary Grade 1 employee from a sixth class municipality will only receive a monthly salary of P 5, 512, an amount that is far below the government’s estimated monthly cost of living pegged at P 28, 710. Even before LGU employees receive their adjusted salaries, it has already been surpassed and rendered useless by the rising prices of basic commodities and services. 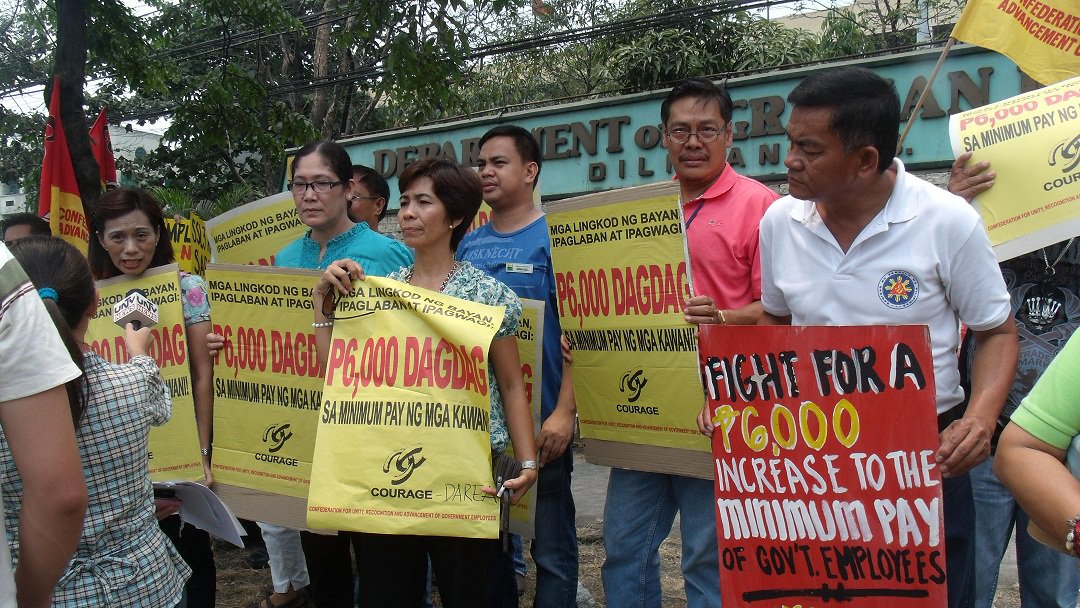 COURAGE and its affiliates are all set to join the Labor Day rallies on May 1. The alliance it helped establish, the Wage Fight! Alliance also said it will mobilize thousands of state workers nationwide for the May 1 “Worker’s and People’s Day of Outrage”. On Labor Day, government employees from the National Capital Region will converge on Plaza Victoria, Manila before marching to Liwasang Bonifacio. WAGE FIGHT chapters in Iloilo, Baguio, Davao, General Santos, Masbate, Naga, Cagayan de Oro, Southern Tagalog and Central Luzon are also set to hold protest actions on the same date.