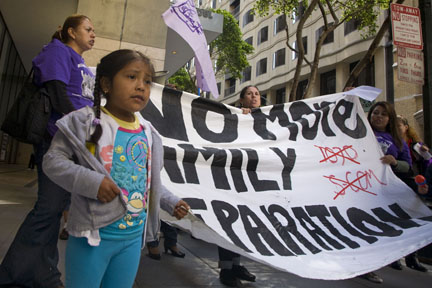 SAN FRANCISCO, CA – 12AUGUST11 – Immigrants, unions, churches and social service organizations march through downtown San Francisco to the office of Immigration and Customs Enforcement (ICE), a division of the Department of Homeland Security. They protested an ICE decision to implement the Secure Communities enforcement program, which has resulted in hundreds of thousands of deportations, even though some states have tried to withdraw from their implementation agreements with ICE. 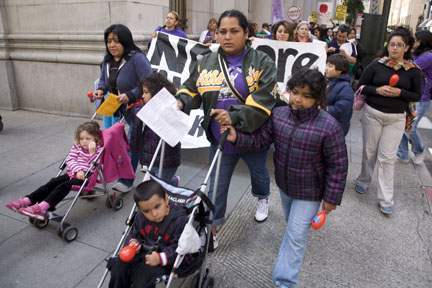 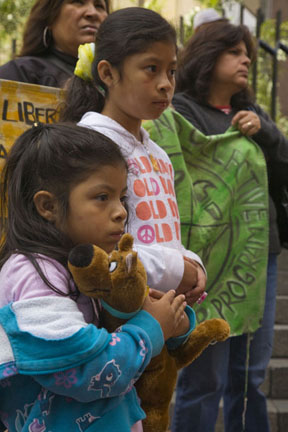 California legislators are poised to pass a bill calling on the state to do so also. Many immigrants brought their children to show that the impact of increased enforcement is the separation of families when some members are deported. 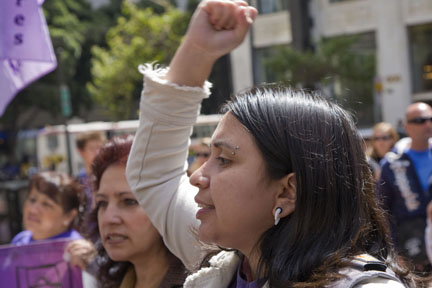 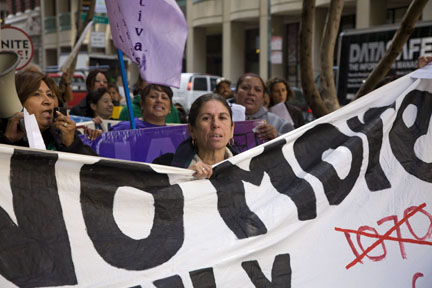 (Text and photos by David Bacon)