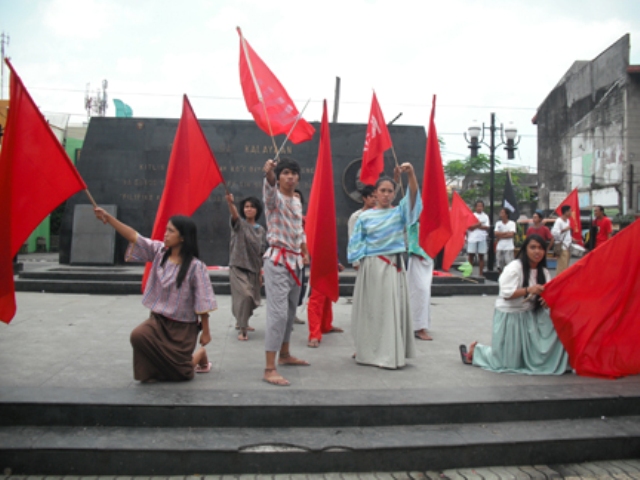 As the Philippines commemorate the 120th year of the founding of the Kataastaasan, Kagalang-galangang Katipunan ng mga Anak ng Bayan (Katipunan), various cultural groups under the umbrella of the Bonifacio150 Committee, performed a series of street plays at the historical monuments associated with the Katipunan.
Katipunan led the Philippine revolution against Spanish colonialism. 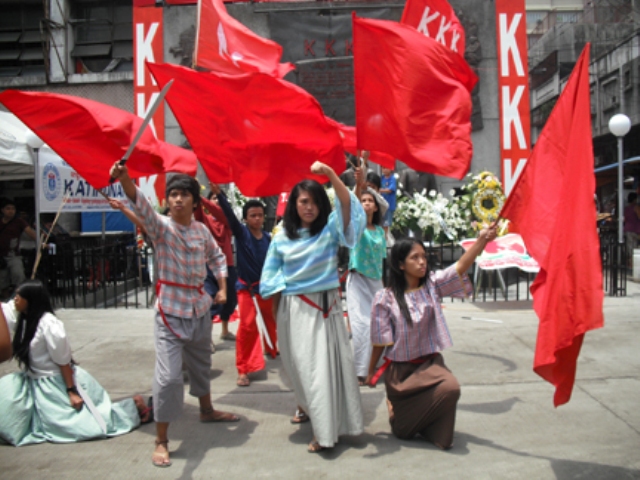 Under the direction of Soc Jose, street plays began at the Plaza Bonifacio in Tutuban Mall, where a monument has been laid to mark the house where Andres Bonifacio, founder and Supremo of the Katipunan, was born.

“We wanted to bring to life what is written in our history and make this available to the Filipino audience,” said Dina Po, co-convener of Bonifacio150 Committee and a member of the board of directors of the Linangan ng Kulturang Pilipino. “The founding of the Katipunan is one of the major milestones in our travel as a nation and deserves remembrance.” 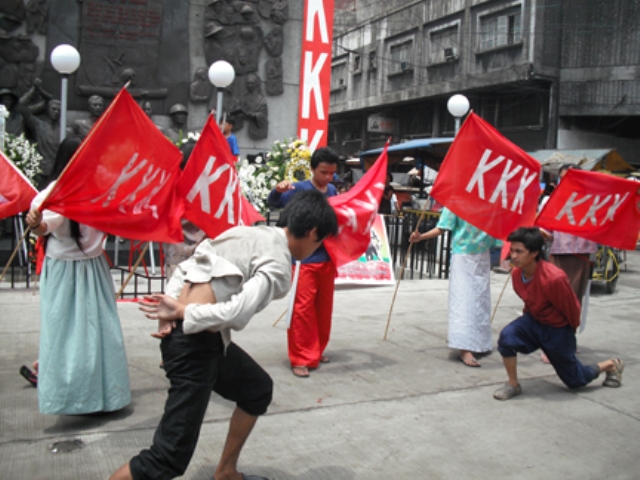 After performing at the Plaza Bonifacio, the street theater pushed to Moriones in Tondo to stage more performances at the Honorio Lopez Monument, the 13 Martyrs of Bagumbayan marker, the Cry of Tondo Monument, the Makario Sakay Monument and at the Katipunan Shrine. 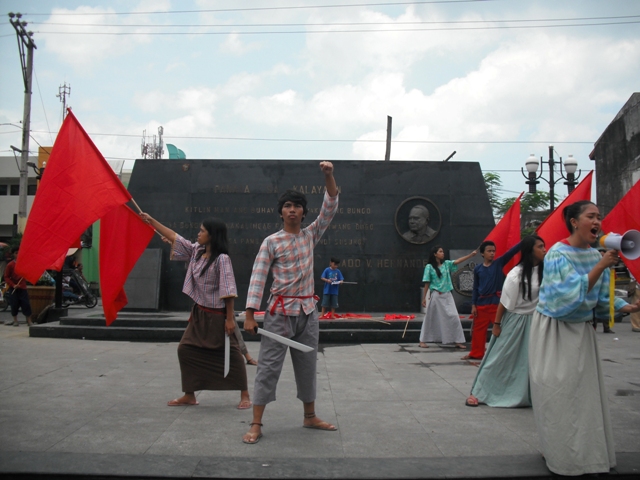 “The desire to be a sovereign nation, the ending of poverty and equality of all citizens are the main virtues of the Katipunan that should be revered everyday and by every Filipino,” Po said. “As practitioners and advocates of the Arts, we must harness our talents to encourage our brothers and sisters to learn from our glorious history and apply the lessons of the past to the challenges we face today as a nation.” 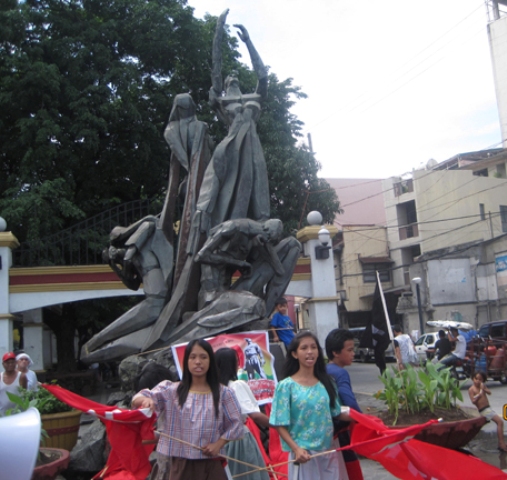 According to Po, grassroot groups and citizens have also initiated the formation of the Bonifacio150 Committee, a network to commemorate and celebrate the 150th year of Andres Bonifacio on November 30, 2013. “The commemoration today will be one among the many activities intended for the celebration of Bonifacio’s sesqui centennial,” Po said.