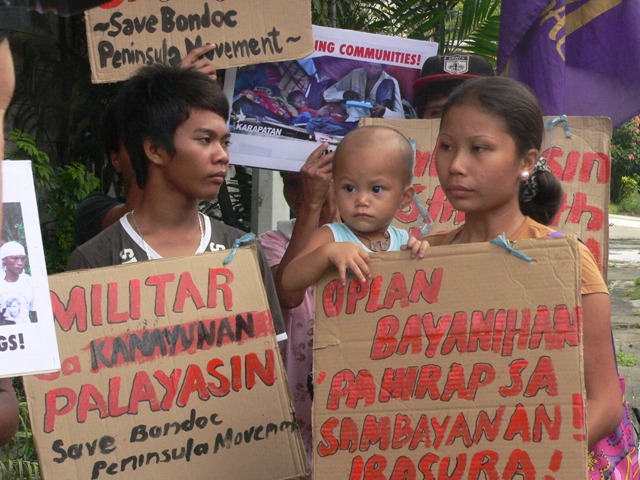 MANILA – “The ghost of Marcos’s martial law is creeping to this government.”

This is the statement of Karapatan as its members held a picket rally in front of the Times Street residence of President Benigno Simeon Aquino III in Quezon City.

The group marked the birth anniversary of the late dictator Ferdinand Marcos with a protest against the Aquino administration, which, Karapatan described, “as following the footsteps of Marcos.” 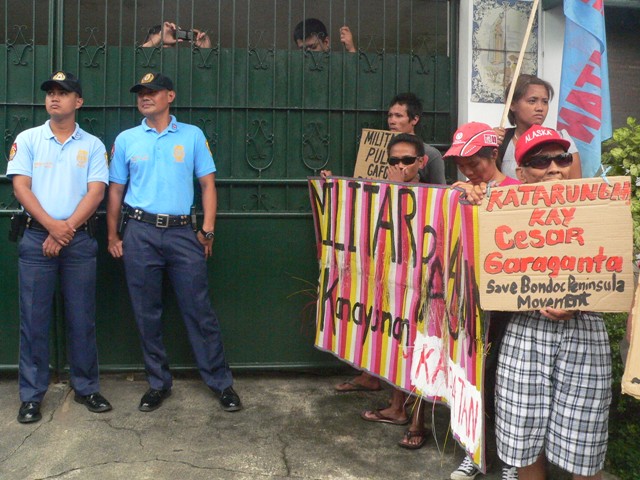 “If Marcos had Oplan Katatagan, Aquino has Oplan Bayanihan that resulted in thousands of human rights violations in our region,” Glendhyl Malabanan, secretary general of Karapatan-Southern Tagalog, said.

The group slammed the deployment of eight battalions of Armed Forces of the Philippines, Philippine National Police and paramilitary forces in South Quezon villages. Orly Marcellana, spokesman of the Save Bondoc Peninsula Movement, said such high concentration of troops in a small area did not happen during martial law.

Cristina Palabay, Karapatan national secretary general said, “the essential elements of Marcos’ hamletting and forced evacuation were also implemented during Cory Aquino’s time and the succeeding presidents after her; and it is still happening now,” Palabay said. 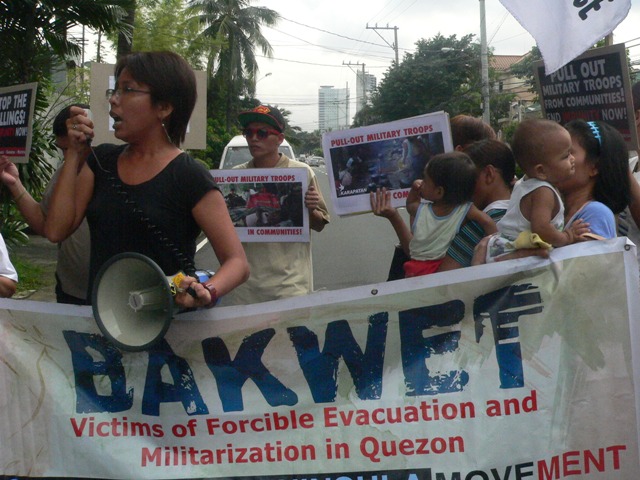 Palabay said evacuations caused by militarization are also going on in the Caraga region, in Bukidnon, and other parts of the country.

Palabay noted that, as in the martial law days, intense military operations are meant to drive people away from their lands to pave the way for so-called development projects. “These days, military operations are similarly linked with the entry or expansion of mining operations by foreign big business as in the case of the Caraga region, the dams in Bukidnon, transformation of hacienda’s into agri-business in Bondoc Peninsula, and other projects related to Aquino’s Public-Private Partnership,” Palabay said.

Karapatan said the Armed Forces of the Philippines, through the U.S.-guided Oplan Bayanihan, is sowing terror in the communities through harassments and intimidation, torture, abductions, strafing and bombings “that are no different from the Marcos era.” 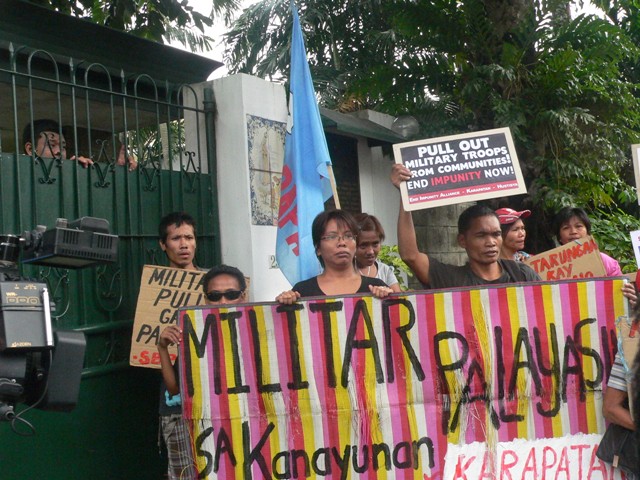 Karapatan called for the immediate pullout of the military troops from the communities and an end to Oplan Bayanihan.