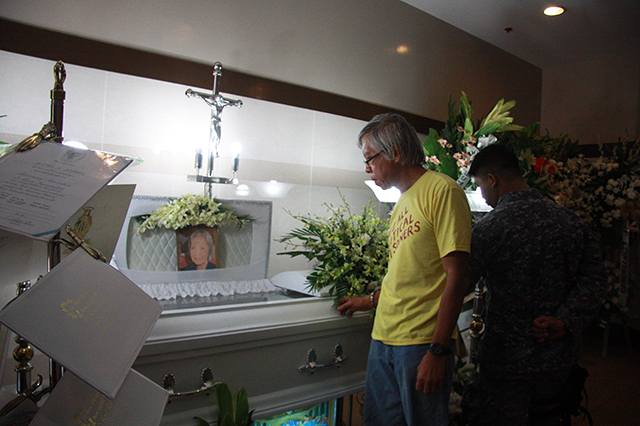 MANILA — For only three hours, National Democratic Front of the Philippines (NDFP) peace consultant Alan Jazmines was given a chance to mourn the death of his mother, Cristina Valera Jazmines, 92.

The Taguig Regional Trial Court gave Jazmines a three-hour furlough to enable him to visit the wake of his mother at the Loyola Memorial Chapels along Commonwealth Avenue in Quezon City. 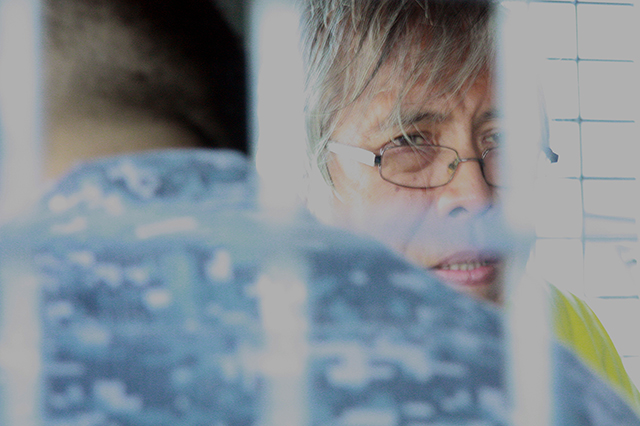 Jazmines, who was arrested in Febuary 2011 for “trumped up murder charges,” arrived at the wake at 9:00 a.m. January 5, accompanied by several fully-armed jail officers.

Jazmines, the eldest of seven siblings, said he was grateful to his lawyers for securing the furlough. 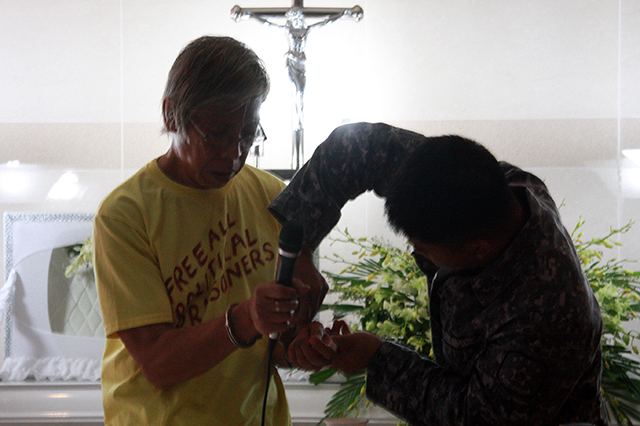 He said his late mother always supported his decisions, even his activities as a revolutionary. He also narrated how his mother always visited him in jail, despite her advanced age and illnesses.

Jazmines also said that his mother understood what he is fighting for, even agreeing to subject her farmlands in Northern Luzon to agrarian reform. 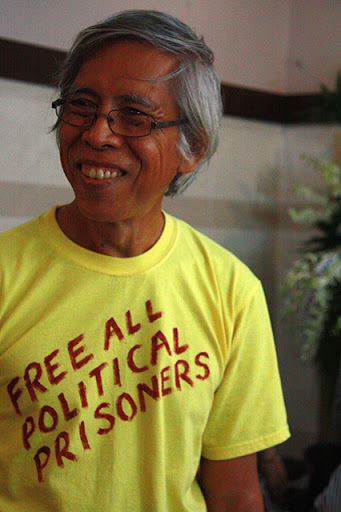 In an interview, he said that his “illegal arrest and unjust incarceration” is proof of the Aquino government’s lack of sincerity in its negotiations with the NDFP.

“All 12 NDFP peace consultants must be released in order for the peace negotiations to move forward. I am a member of the NDFP’s socio-economic reform committee, which is next in the substantive agenda of the peace talks,” Jazmines said. 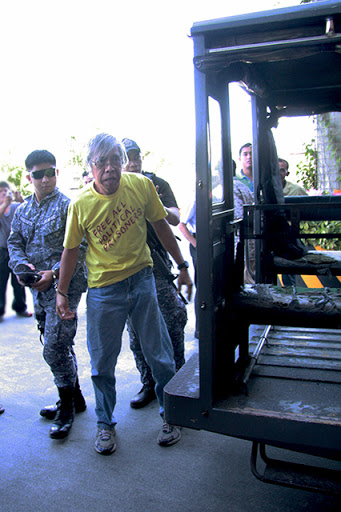 At the wake, Jazmines looked happy surrounded by family and friends as he joined them in a necrological service.

He was driven back to the Bicutan jail facility at noontime.