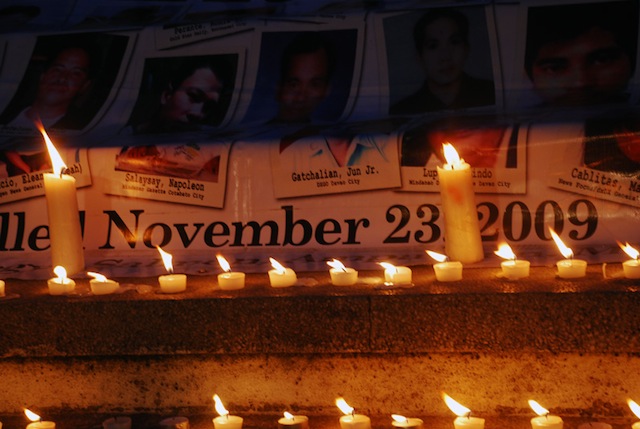 MANILA – Journalists from various media outfits commemorated the 42nd month of the Ampatuan massacre, May 23, at the National Cathedral of St Mary and St John in Quezon City.

The National Union of Journalists of the Philippines (NUJP) mounted an exhibit titled “Never Forget: The Ampatuan Massacre” featuring photos by Jes Aznar, Nonoy Espina, and Veejay Villafranca, among others. 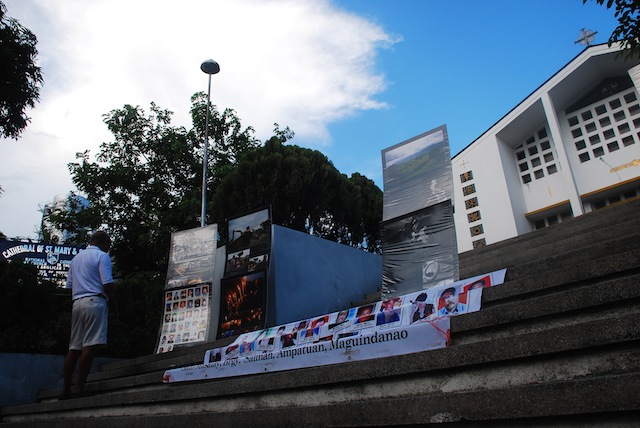 A short program was held in the evening. Journalists lit candles and offered prayers for their 32 colleagues slain in the massacre.

Mrs. Edita Tiamzon, widow of UNTV crew Daniel Tiamzon, one of the victims, joined the acivity. 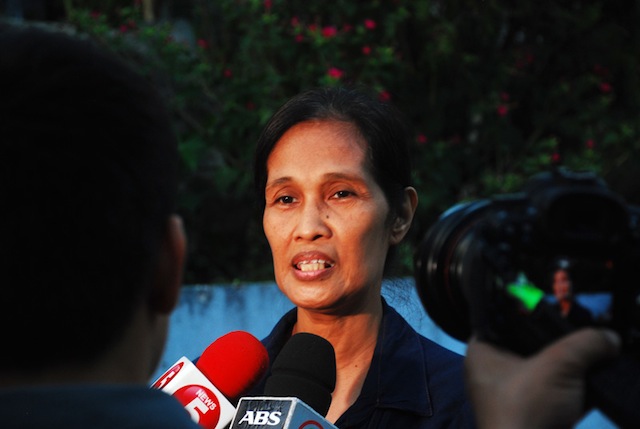 On Nov. 23, 2009, police and militiamen supposedly led by Andal Ampatuan Jr. waylaid a convoy that was supposed to file the candidacy of incumbent Maguindanao Gov. Esmael “Toto” Mangudadatu. The ambush led to the death of 58 people, including 32 journalists, and has since been known as the worst case of election-related violence in recent years. The massacre has also been known as the single most brazen attack against journalists and media workers. 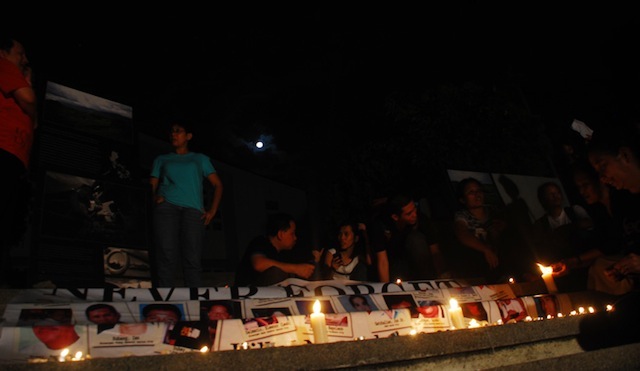 Of the 196 suspects, 103 have been arrested and 87 have been arraigned. Two of the suspects have died, one in an apparent suicide and another, in a recent gunfight with police authorities. So far, of the masterminds and other suspects, none has been convicted.