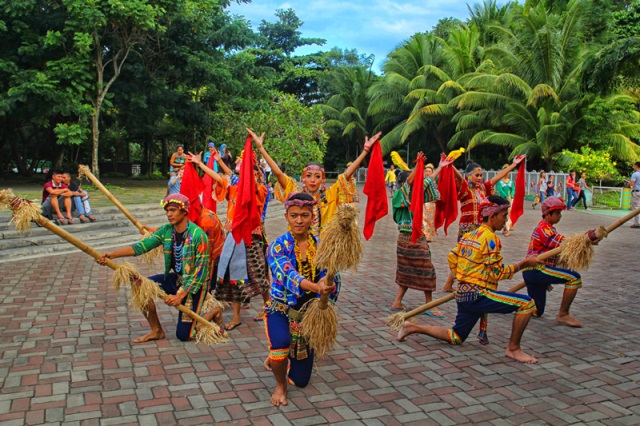 Davao City youth in indigenous garb rehearse a dance at People’s Park for Friday’s opening ceremony of the 28th Kadayawan Festival, an event celebrating the ten Lumad and Muslim tribes that inhabit the city. 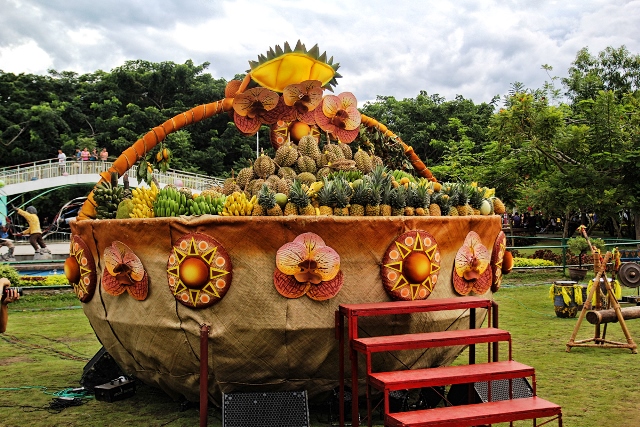 The giant ‘Bounty Basket’ filled with fruits such as pineapple, durian and banana signify Davao’s agriculture bounty during the opening ceremonies of the 2013 Kadayawan Festival Friday at People’s Park. Mayor Duterte has greenlight the festival after tight security measures are put in place.