The human rights group Karapatan said the soldiers hid the body in a funeral parlor in another town. The victim’s neighbors who searched for him found this out a day later. 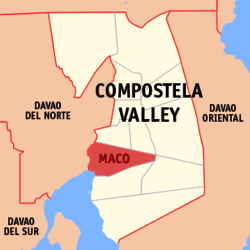 She said reports from their quick-response team reveal that residents of Malamodao last saw Tinga harvesting peanuts in his farm.

The NPA’s Comval Davao Gulf Sub-Command, in a statement, also condemned the killing and clarified that the death was not because of their armed encounter with the AFP.

NPA spokesman Daniel Ibarra said the military operations resulted in the death of a civilian, the detention of three others, and the dislocation of hundreds more in Maragusan and Maco towns since November 18 up to December 6.

The NPA identified the detained civilians as Dodong Camporemundo, Orong Gabriel and Abla Bakud, all residents of Purok 2, Brgy. Malamodao in MAco, ComVal.

The NPA said aerial bombings by the soldiers resulted to evacuation of farmers in Brgys. Teresa and New Barili.

According to the documentation of Karapatan, residents heard gunfire and bombings in Brgy. Malamodao and they were forced to flee.

“Few minutes later, (a) volley of gunfire erupted then paused for several minutes. Then another round of volume fire that lasted for about 30 minutes (came) before the arrival of two helicopters that bombed the area six times,” the statement said.

Farmers ran down from their farms for safety but they “were told to stay put by the military… they were only allowed to go home at around 3pm, with military escorts,” the Karapatan report said.

One farmer whom Karapatan identified as “Paco” said he did not see Tinga coming with them.

Witnesses told Karapatan they went searching for Tinga until Saturday.

They said when they learned that the military brought a dead body the night before to a funeral parlor in the next town, they went to search for the body.

“They went to the funeral parlor and saw that the dead was Pedro Tinga. He sustained multiple gunshot wounds in the frontal area of his body that caused his death,” the report said.

The NPA also scored Malamodao Brgy. Captain Edgar Reyabonansa whom the AFP pressured “to gag the victim’s family and prevent them from pursuing charges against the enemy.”

“Indeed, the blatant cover-up and a host of human rights abuses in the last few weeks manifested the AFP’s character as harbinger of injustice and implementer of the hideous policy of neutralization under the Oplan Bayanihan,” NPA’s Ibarra said in their statement.

The statement said three NPAs were killed in Brgy. Teresa including two “females” while another NPA was killed in Malamodao.

The NPA refuted the government troops’ claims, saying there were no casualties on their side as their “punitive actions” against the 66th Infantry Battalion, 71st IB, and Division Reconnaisance Company units resulted in the killing of 20 soldiers and wounding of 14 more.

According to Karapatan, Tinga, the murdered IP, had figured in the campaign of farmers and small-scale miners who were dislocated after Typhoon Pablo and affected by the Apex Mining operations.

“They have been trying so hard to rebuild their farms so that they can provide their daily sustenance… but the shameless elements of the 71st IBPA destroyed what the people had rebuilt as the military showered their farms with bullets and bombs,” Suazo said.

Suazo said residents and the group Indug Katawhan will stage a funeral protest on Wednesday, a day after Human Rights Day.

Karapatan said Tinga is the 26th victim in Southern Mindanao under the “Oplan Bayanihan counterinsurgency program of Aquino.”

Maco is a first-class municipality in Compostela Valley with a population of 72,000 lying 84 kilometers away from Davao City.
Reposted by