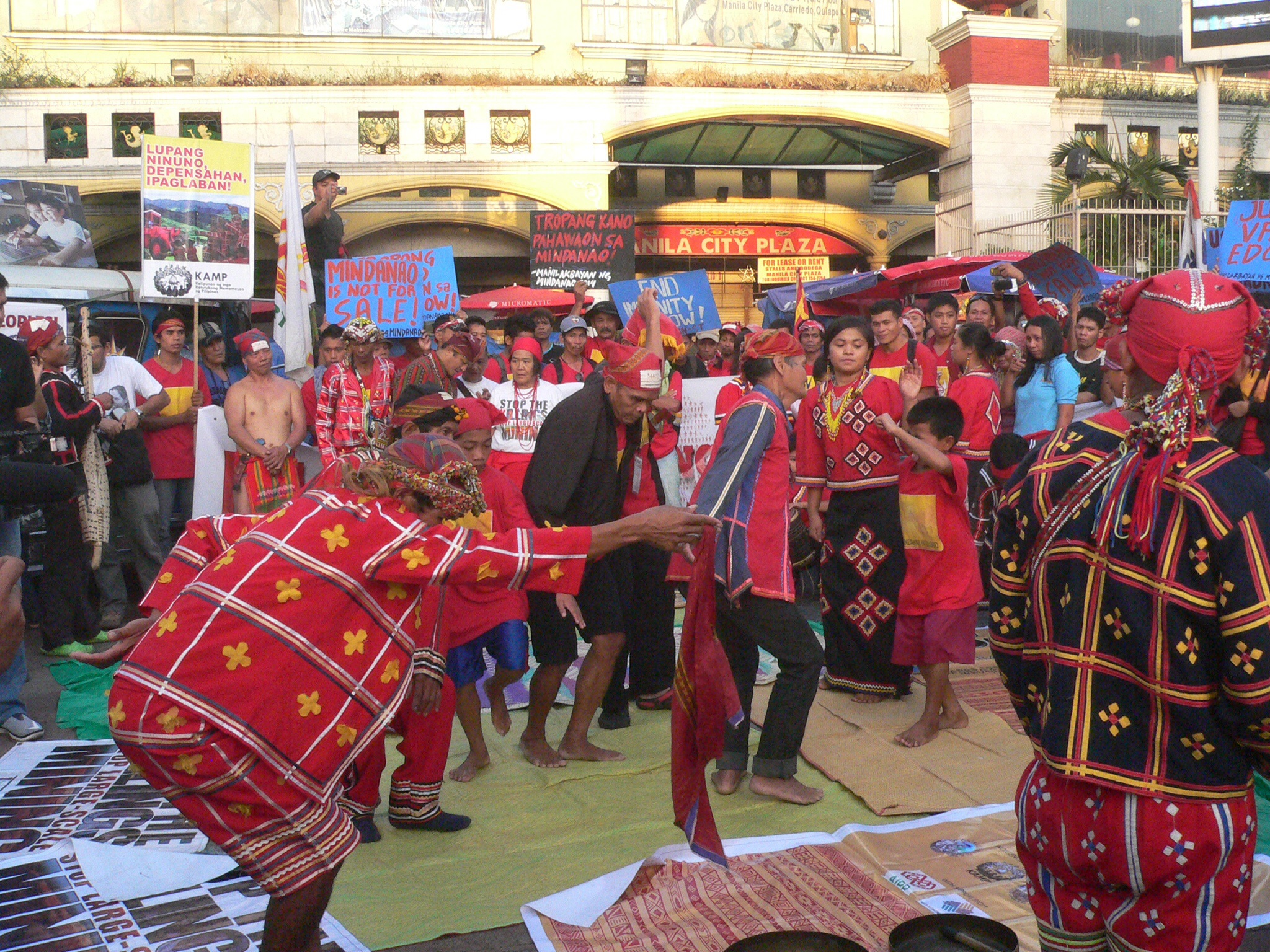 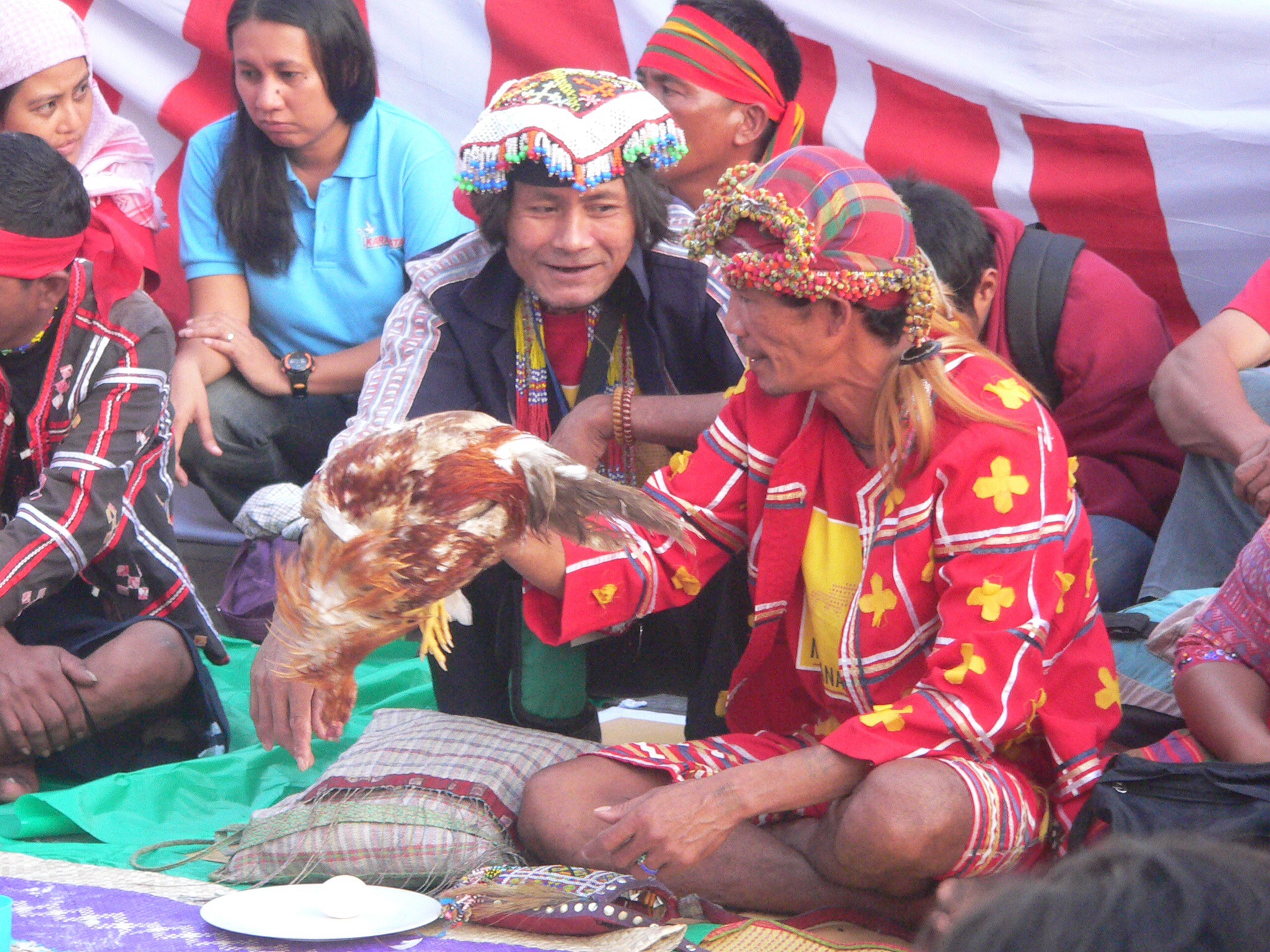 On Dec. 10, International Human Rights Day, the indigenous peoples protesters took an early start with a sunrise ritual at 6 a.m., performed by 15 Lumad tribal leaders at Plaza Miranda. Called a “panubadtubad” in Manobo or “panawagtawag” in Talaandig, the ritual entailed the sacrifice of a red, native chicken, symbolizing “the ill response of the Aquino government to the six legitimate demands of the Manilakbayan.”

The datus first performed a panubadtubad when they arrived in Manila on Nov. 24, when they offered a white chicken, as a symbol of purity of sacrifice to nature’s good spirits. The ritual is performed at the start and end of a journey, or undertaking, said Jomorito Goaynon, spokesperson of Manilakbayan ng Mindanao. The elders also offered white, native eggs, to symbolize purity and love.

The six demands of the Manilakbayan are: the pull-out of military troops in the communities, the revocation of the Department of Education Memo 221 which allows the entry of soldiers in schools, as well as a stop to the attacks on schools, the dismantling of Lumad paramilitary groups, a halt to the operations and encroachment of large-scale, foreign mining companies in ancestral communities and peasant lands, and the pull-out of US troops.

Lumad and Igorot leaders formed a “pagta,” a unity pact, along with church advocates, to symbolize their commitment to a common struggle.

As a parting gift, leaders of the Cordillera Peoples Alliance (CPA) gifted the Lumad datus with a wooden shield and a spear. In turn, the Lumads also gifted the Igorot leader with a tubao cloth and scarf.

The ritual ended in a community dancing, and a breakfast. 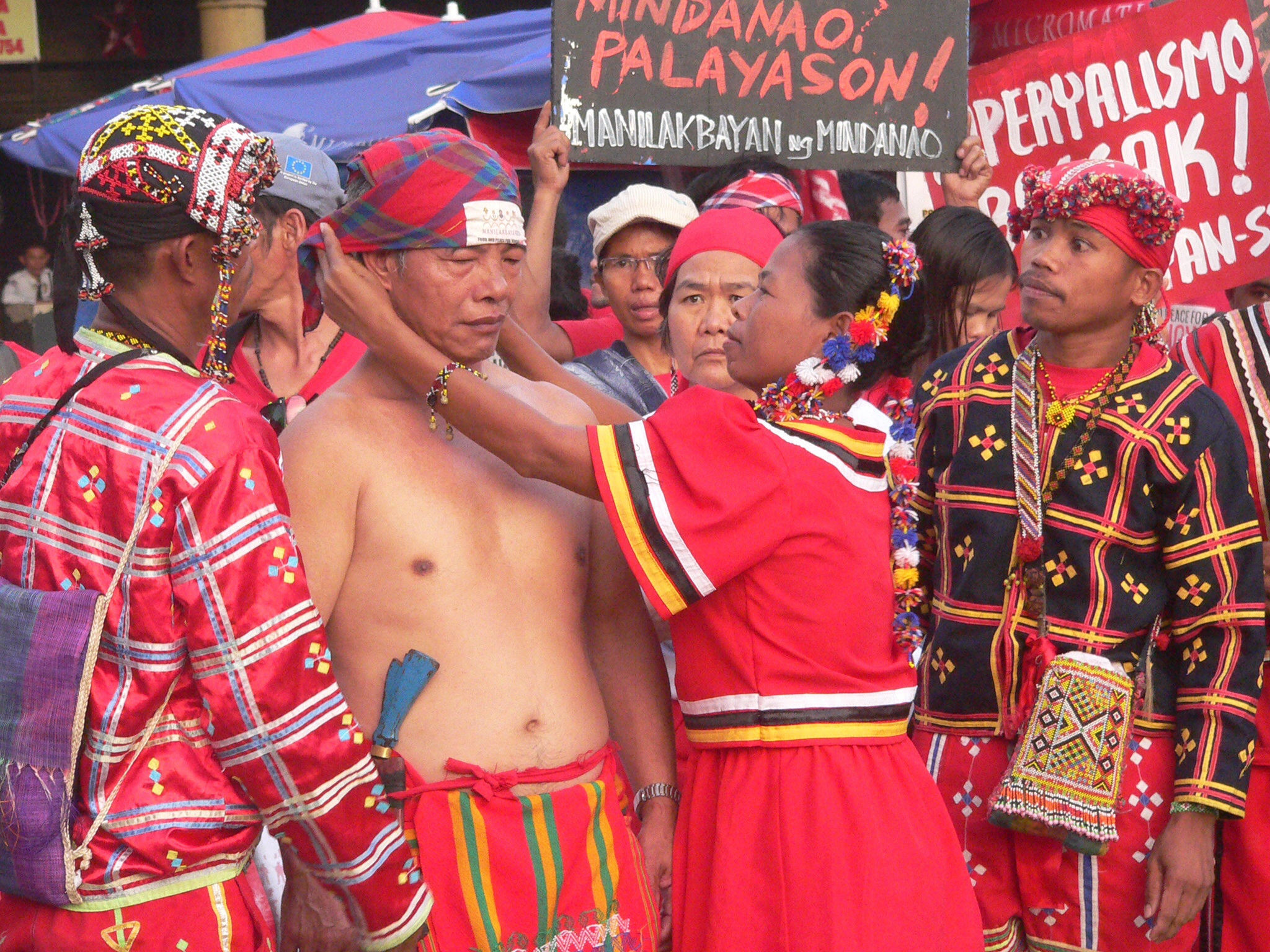 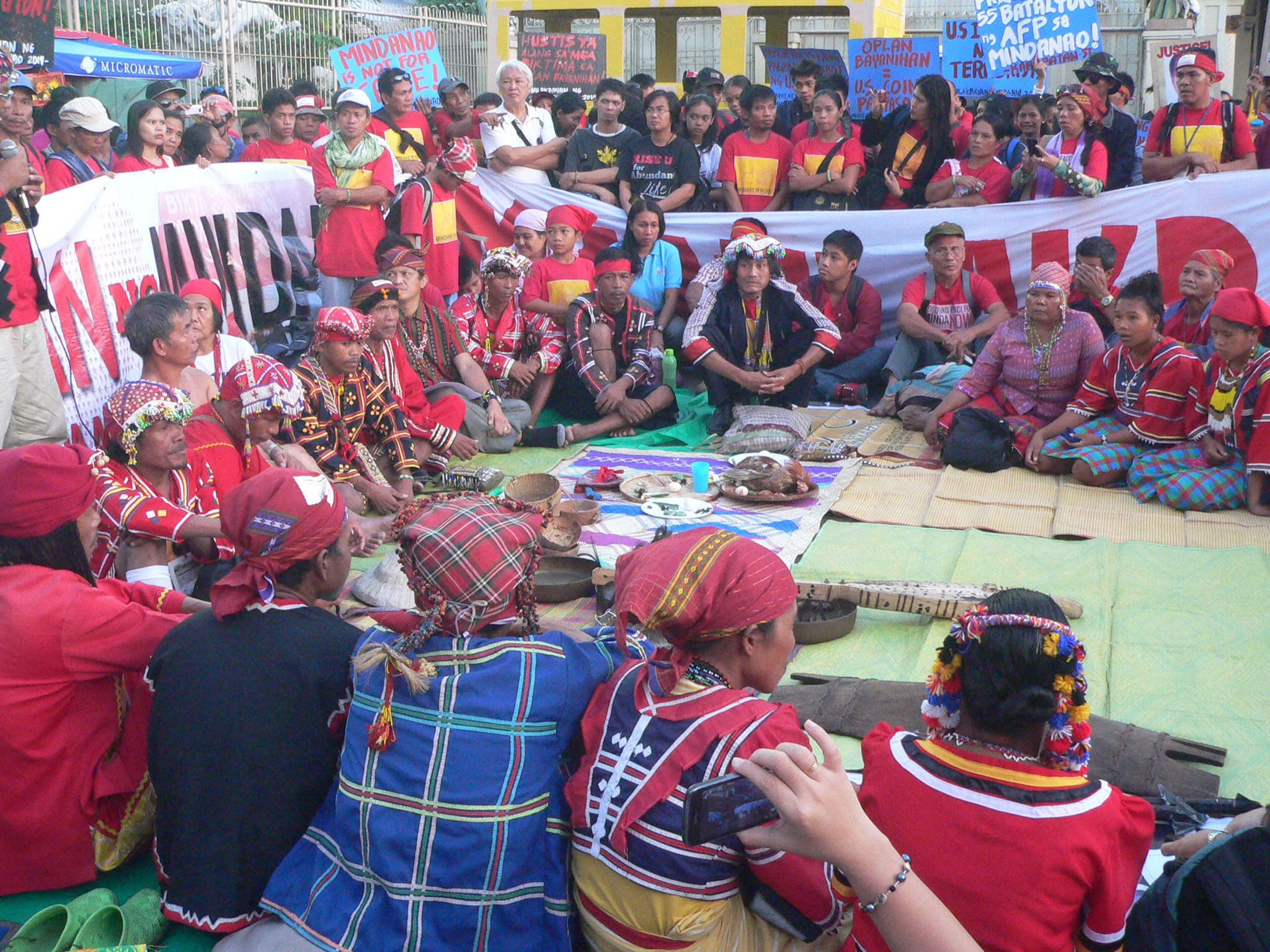 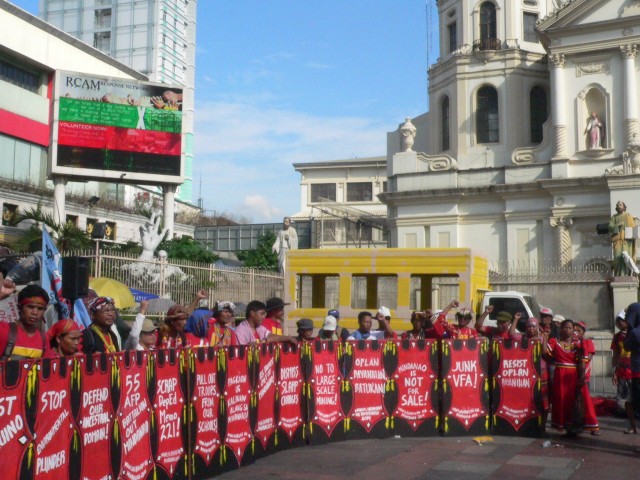 The MCPA said that the Aquino government has not ordered the Armed Forces of the Philippines (AFP) to demilitarize, or redeploy the heavy troops in the Autonomous Region in Muslim Mindanao (ARMM).