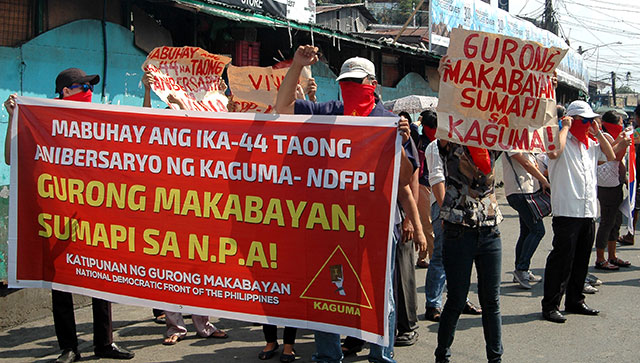 MANILA – Some 50 members of the Katipunan ng Gurong Makabayan (Kaguma), an underground group of revolutionary teachers, called for the ouster of President Benigno Aquino III, April 15.

Kaguma, an allied organization of the National Democratic Front of the Philippines (NDFP), staged a lightning rally at the Litex Market in Commonwealth, Quezon City. The action coincides with the 44th anniversary of the group. 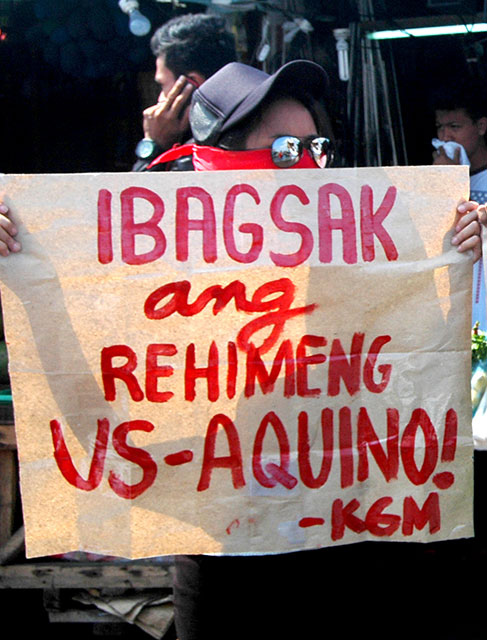 In a statement sent through email, Kaguma spokeswoman Liwayway Filipinas said “Aquino’s ‘righteous path’ does not bring development but leads to hunger, poverty, unbridled corruption and plunder of public funds and resources.” 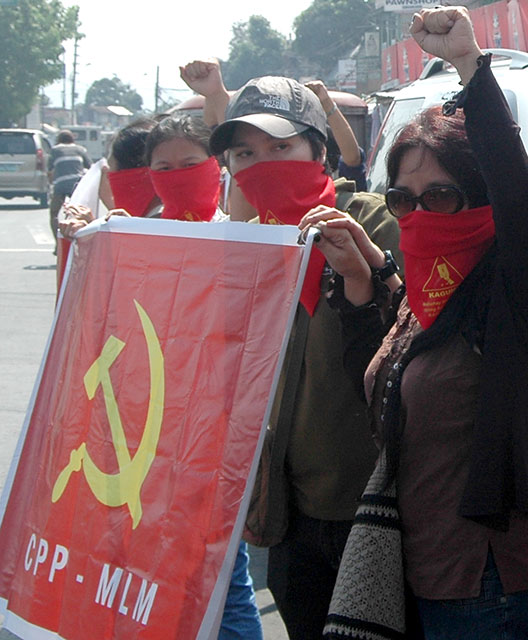