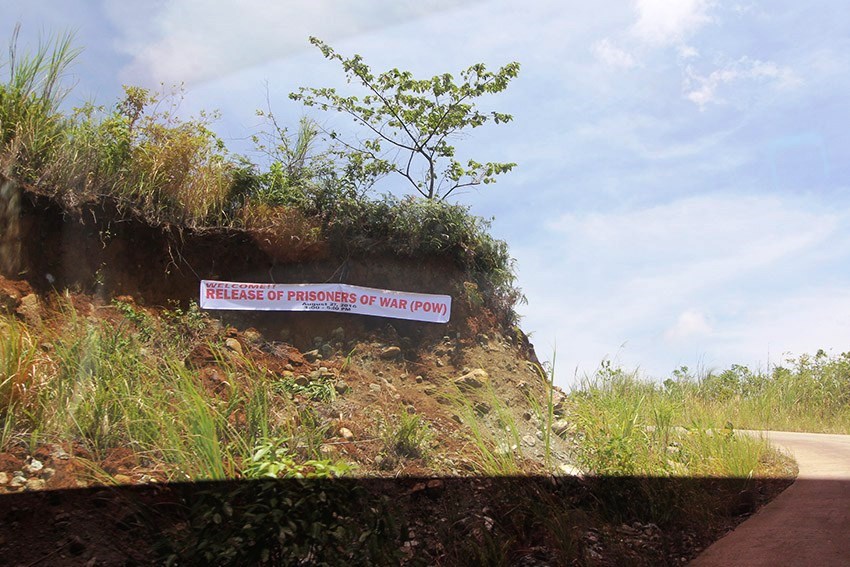 MAT-I, Surigao City – After 34 days in captivity, three police officials and a non uniformed personnel were released by the New People’s Army on Saturday afternoon, August 27, in a village in Barangay Mat-i here.

Residents from the neighboring towns walked uphill to witness the ceremony. 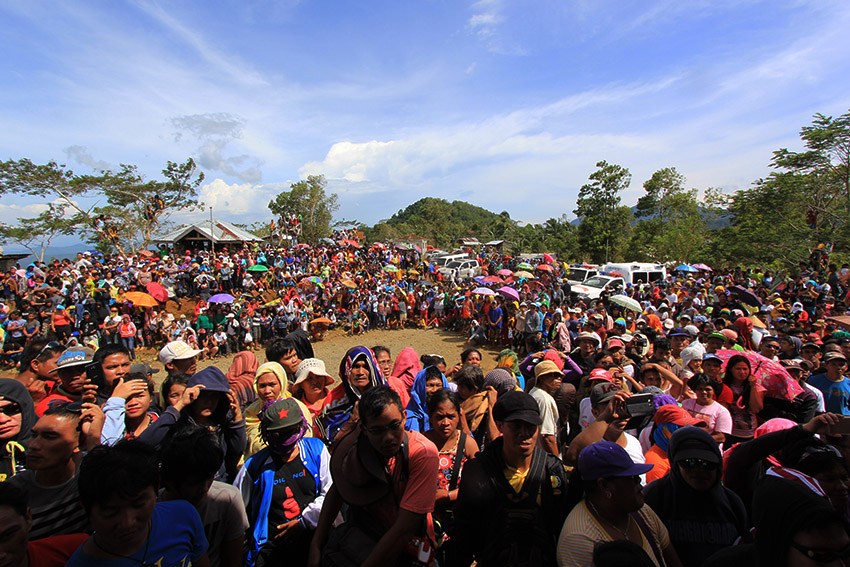 Prisoners of war, SPO3 Santiago Lamanilao, non-uniformed personnel Rodrigo Angob, PO3 Jayroll Bagayas, and PO2 Caleb Sinaca walk in the middle of the crowd to meet their families for the first time after 34 days of being in custody of the New People’s Army. 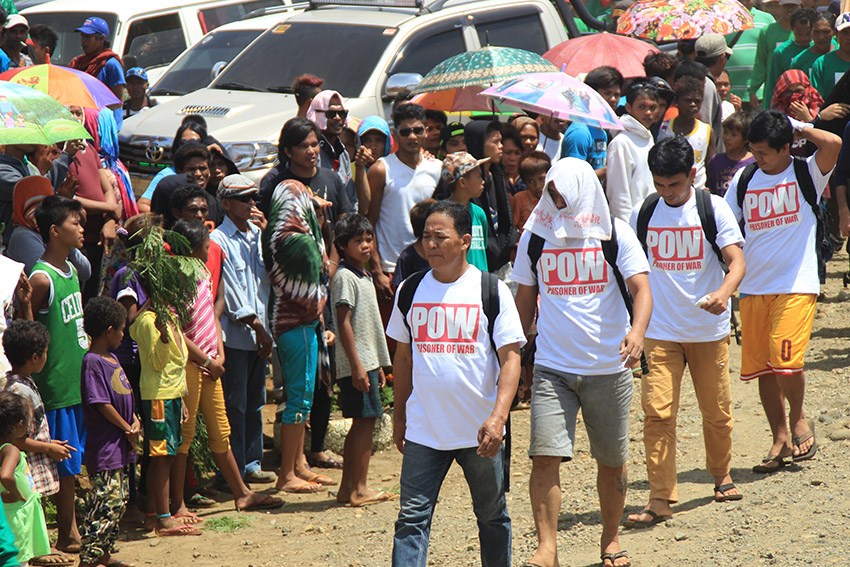 After meeting their families, the prisoners of war met with the third party facilitators who assisted their release.

The third party facilitators was comprised of the regional crisis management committee and various church groups.

Father Romeo Tagud of the Iglesia Filipina Indipendiente said that “being part of the third party facilitators is not an easy task.”

“We hope that this will be the last, but as long as civil war exists, there will still be prisoners of war,” the priest said.

After Fr. Tagud’s message, the release paper was signed by the representatives from the New People’s Army, prisoners of war, and the third party facilitators. 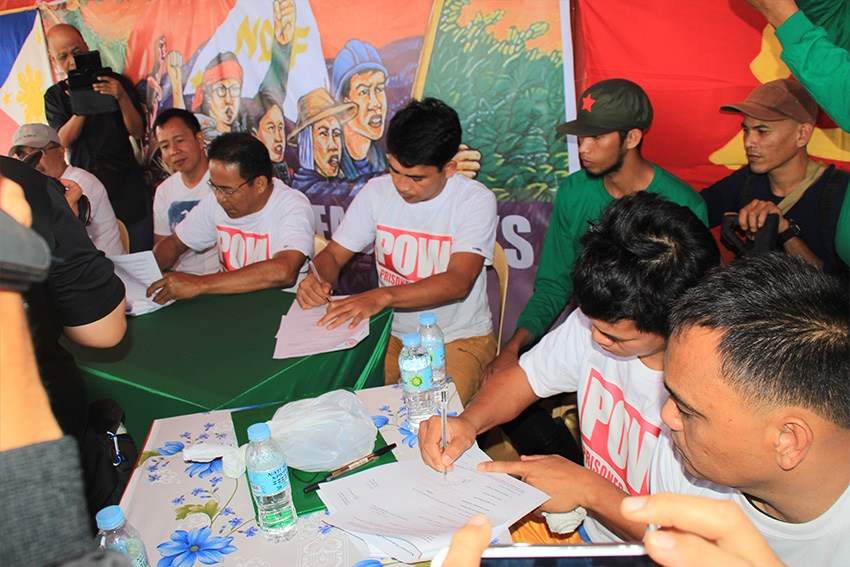 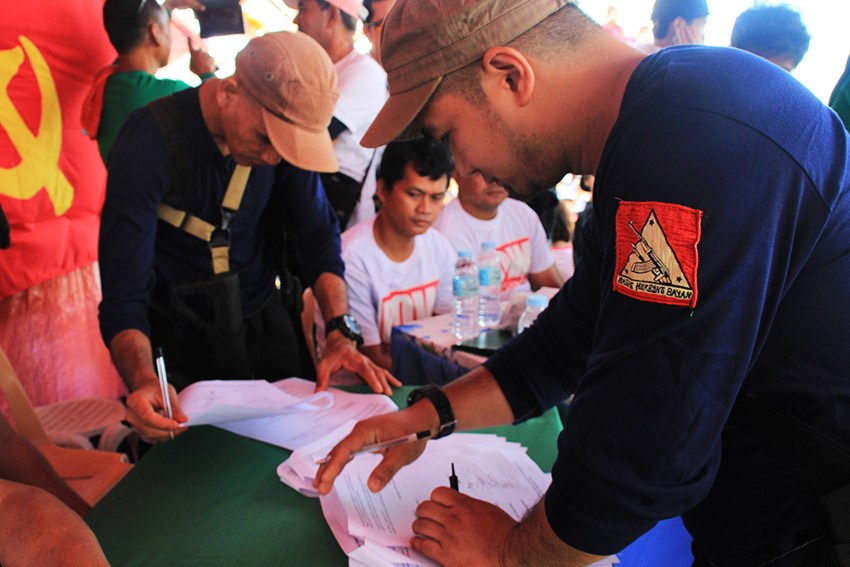 At exactly 2:25 in the afternoon, the release order was signed, declaring the four prisoners of war, freed from the custody of the NPA.

Members of the revolutionary youth group, Kabataang Makabayan (Nationalist Youth) of Surigao City Cultural presentations were also part of the program initiated by