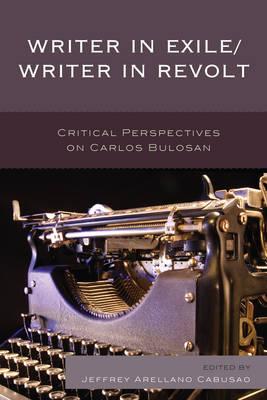 This remarkable anthology introduces Carlos Bulosan to 21st readers, and bares the need to remember the history of one’s country as a way to know who you are as a person. Thanks to Jeffrey Arellano Cabusao, associate professor at Bryant University, for editing this volume that serves both as a primer of the work done by and about Bulosan within a span of nearly fifty years, and a prospectus for projects that an interested student, critic, and cultural historian undertakes. It gathers essays, poems, facsimiles of art works, letters and photos from artists and literary critics in the United States and the Philippines at different historical moments of tension and change – the beginning of the Cold War period of the 1950s, the Asian American Movement and mass movement for Philippine national sovereignty in the 1960s and 1970s, the People Power Revolution in the Philippines in the 1980s, the rise of the anti-globalization movement of the 1990s, and the antiwar and environmental justice movements of the 21st century. The anthology is a repository of the collective memory of Bulosan, whose struggles mirror the plight of the Filipino people fighting tyranny and enduring the hardships of a capitalist system that enslaves them.

The editor Jeffrey Cabusao assigns a chapter to each item of the collection, and groups them under its four parts. For example, Part I includes three chapters: an elegiac poem “Bulosan Now,” by Alvaro Cardona-Hine; a brief biography Dolores Stephens Feria, and an essay by E. San Juan, “The Achievement of Carlos Bulosan.” Like the book’s two-part title, Writer in Exile/Writer in Revolt, the heading of sections also has two parts: a nominal title indicating the subject covered, and a participial subtitle as its theme, both fulfilling the primer and prospectus design of the book.

Part I. “Bulosan’s Voice: Listening to the Manong Generation,” the participle listening invites the reader to recreate in the imagination the poet’s “voice” that comes through in the poems that Feria analyzes in her affectionate brief biography of the poet. A glance at the remaining subtitles gives the reader an idea of the scope of the anthology: Part II. “Creating an Alter/native Filipino Literary Practice”; Part III. “Broadening the Bulosan Canon”; and Part IV. “Becoming Filipino—Becoming Free.” The participles, listening, creating, broadening and becoming —expand the possibilities of the biographical, critical and literary projects that the collected items establish or illustrate, hence the subtitle “Critical Perspectives on Carlos Bulosan.”

The section and chapter headings, as well as the detailed listing of the topics of each chapter, facilitate the search for any topic. Detailed notes at the bottom of each entry, and a selective bibliography at the end of writings by and about Carlos Bulosan are also helpful in supporting various projects: archival, biographic, and investigative. “Commentaries on his works abound,” San Juan writes, “but a definitive biography is still wanting” (284). He names Dolores Feria as the real “angel” of Bulosan’s works. It’s a gracious tribute from San Juan who, more than any other critic or historian, has defined “the position, meaning, and significance of Bulosan’s writing” (285). Full-length critical essays of San Juan, dated 1969, 1979, and 2008 anchor three of the four parts of the anthology.

Jeffrey Cabusao, who credits San Juan as the central figure in Bulosan criticism, follows the latter’s pointers for guiding future studies: historicizing, decentering, and renewing the emancipatory goal of the writer. San Juan centers Bulosan (his novels, poems, short stories, essays, letters) with the historical materialist approach of Marxist philosophy. Applied to the relationship between the U.S. and the Philippines, Marxism can account for the role of the elite that profits the most from the capitalistic economy, in the ascent of dictators like Ferdinand Marcos and a fascist president like Duterte.

On May 20, 2016, six months before the U.S. Presidential election, the Philippine edition of The Guardian ran this opinion by Tom Smith: “Don’t compare Trump and Duterte—the Philippines leader is far worse.” Does Trump’s victory signal the collapse of a broken capitalist system? It seems to be a revolt of the working class against the established system, but does it merely expose and further unleash the vicious racism beneath the myth of American Exceptionalism? How it plays out remains to be seen.

San Juan has successfully decentered Bulosan from platonic, sentimentalized romantic, and formalist readings. He has choice epithets (e.g. inept and blind) for those who misread Bulosan and align his work with the prevailing assimilative tradition of immigrant writing. Cabusao includes many decentering studies of Bulosan, some tilting back to San Juan’s Marxist centering. An example is Michael Viola’s essay: “Filipino American Hip Hop and Class Consciousness: Renewing the Spirit of Carlos Bulosan” (283). The archival research of Marilyn Alquizola and Lane Ryo Hirabayashi has disclosed the existence of an FBI dossier aimed at gathering evidence of Bulosan being a communist enough to deport him. The textual analysis of two letters (facsimile and transcription in the anthology) by Oscar Campomanes and Todd Gernes makes a case for intertextual reading, showing the epistolary element in the writer’s narrative strategy. The selective bibliography lists other decentered essays. One entry stands out: Melinda de Jesus’s “Rereading History/Rewriting Desire Reclaiming Queerness in Carlos Bulosan’s America Is in the Heart and Bienvenido Santos’s Scent of Apples.”

As a literature and criticism teacher, I applaud Cabusao for bookending his anthology with two poems, because it opens up for me the possibility of a phenomenological reading. The poems are Cardona-Hine’s elegy and Melba Abela, moving tribute and pledge to continue poet’s quest for realizing the fulfilling dreams dormant in America is in the Heart. Phenomenology brackets the subject from the knowledge that surrounds it, and investigates as a construct of words, for example, Bulosan’s description of his autobiographical America Is in the Heart as a “mosaic of our lives.” As a Filipino, he must have known that mosaic is a plant virus that infects abaca, the source of hemp fiber. This reading intensifies the resonance of mosaic as a pattern and mosaic as blight. Bracketing the poetry and investigating its construct could yield knowledge about its “essence,” a suspect term I know, and enshrine Bulosan in the pantheon where, in the words of the platonist Shelley, “Poets are the unacknowledged legislators of the world.”