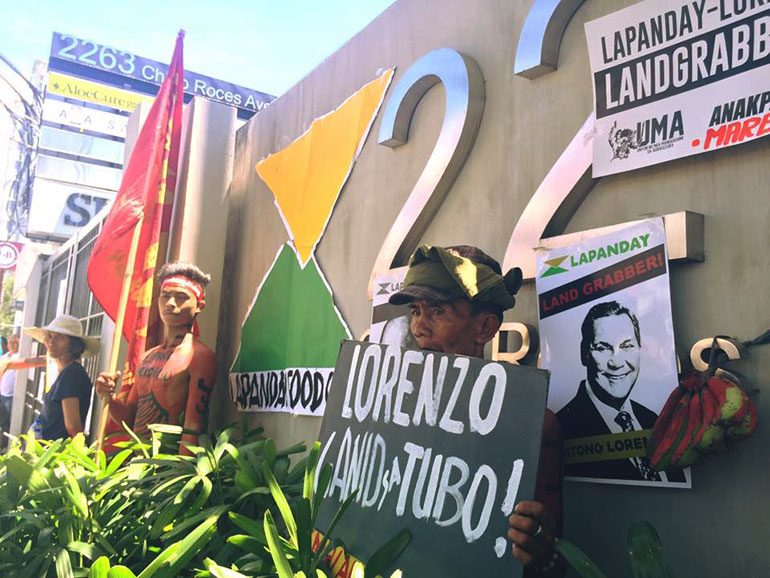 MANILA — More than 200 farm workers from the Davao region held a protest in front of the Lapanday Foods Corp. (LFC) head office in Makati City this morning against the agribusiness firm’s land grabbing.

The LFC has defied orders from the Department of Agrarian Reform (DAR) to give up control of the 145-hectare land awarded to farmer-beneficiaries. It contested the installation orders issued by the DAR and blocked the entry of farm workers to the San Isidro plantation in Madaum, Tagum City by reinforcing hundreds of armed goons. 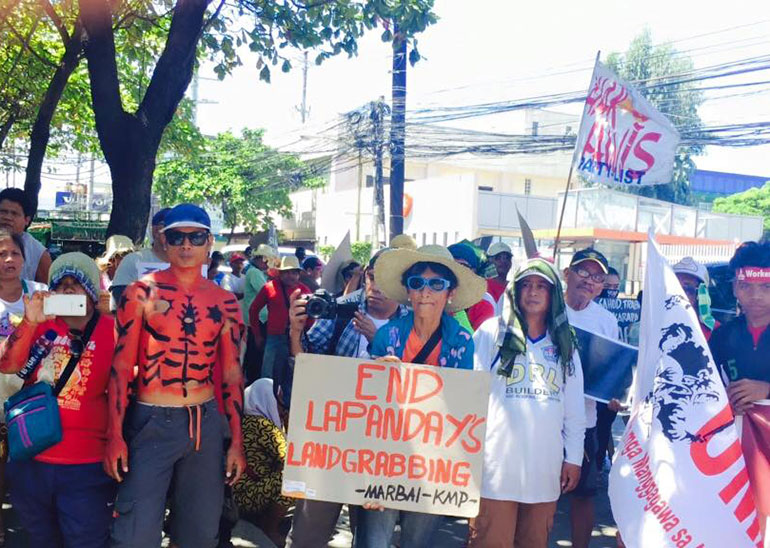 Farm workers cooperatives of Lapanday and their supporters are here in Manila and have set up a farmers’ camp in Mendiola. They want President Duterte to intercede in their land case and direct the Lorenzo family to return the lands to the agrarian reform beneficiaries. 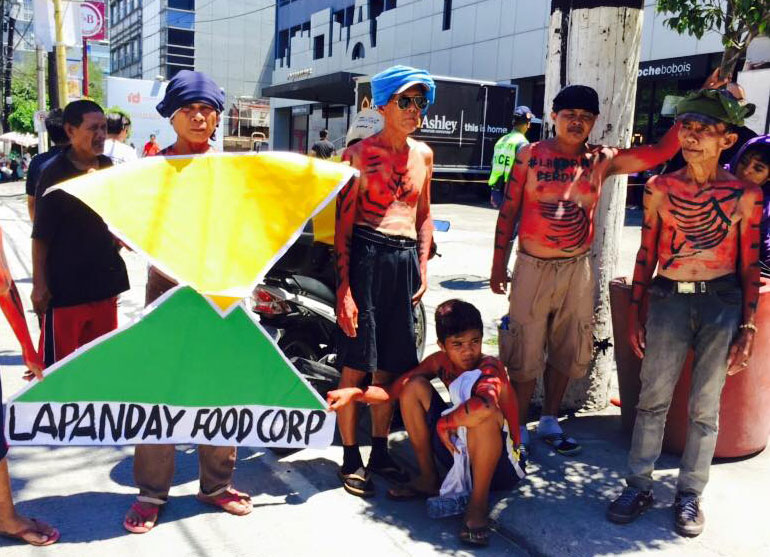 Using the agribusiness venture option of the Comprehensive Agrarian Reform Program, the Lorenzos were able to concentrate more than 1,000 hectares of banana plantations in Davao under Lapanday’s control.

Farm workers want their lands back, saying that their agribusiness contract with the Lorenzos proved to be onerous and disadvantageous.