You Are Here: Home → 2017 → June → 2 → Progressives call for public vigilance vs. US terror-mongering

Progressives call for public vigilance vs. US terror-mongering 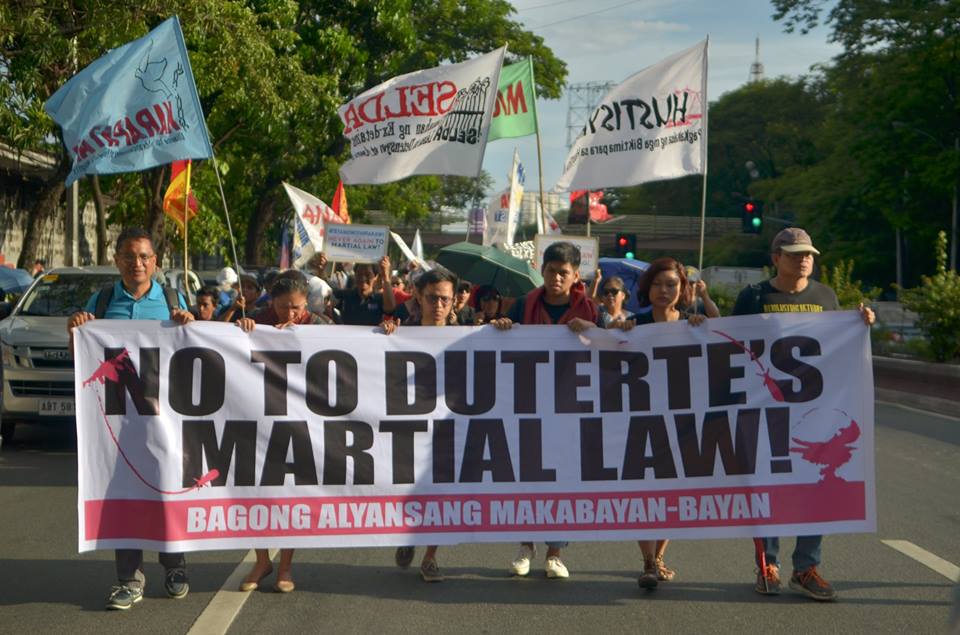 MANILA – Various groups held a Black Friday protest in Quezon City today, June 2, as they continued to called on President Duterte to lift the martial law in Mindanao.

Led by Bagong Alyansang Makabayan (Bayan), protesters also condemned the attack at the Resorts World Manila casino in Pasay City, as they lashed out at US President Donald Trump who prematurely called it “a terrorist attack.” The private intelligence group SITE just as quickly attributed the incident to the extremist group Isis.

Philippine National Police (PNP) officials, however, doubted that the lone assailant had any terrorist motive. Described as a tall, white man, the assailant fired shots inside the casino and started a fire at past midnight June 2. This morning, the Bureau of Fire Protection reported at least 37 bodies were found dead from suffocation inside the casino, while the burnt remains of the assailant was found inside a hotel room, along with stolen casino chips.

The progressives called for sobriety and warned the public to stay vigilant, amid the fear and terror-mongering, which may be used to justify the nationwide extension of the martial law in Mindanao.


Protesters marched from East Avenue to the National Housing Authority (NHA) along Elliptical Road where they held a program.

“We need to ask questions and be critical, and be vigilant about what is happening,” said Gabriela Women’s Partylist (GWP) Rep. Arlene Brosas.

Among the protesters were activist leaders from Mindanao, who said Duterte’s martial law even worsened human rights violations in the island.


The groups also called for the resumption of the peace talks between government and the National Democratic Front of the Philippines (NDFP).