1. Too Much Happiness, Alice Munro. Impossible not to empathize with her strong female characters, their pursuit of fulfillment and freedom, their overcoming of various tragedies and other challenges in life.

2. How to Travel with a Salmon and Other Essays, Umberto Eco. The best parts are the funny observations of the scholar-traveler about American culture, bureaucratic inefficiency, and irrelevant academic studies.

3. The Emancipation of Women: From the Writings of V. I. Lenin. The Russian leader’s views on the role of women in the revolution, neomalthusianism, and free love. Also a brief introduction to the policies concerning women during the first years of the Soviet government.

4. Engels Revisited: new feminist essays by Janet Sayers, Mary Evans, Nanneke Redclift. Feminist interpretations on the classic work of Engels about the rise of the state and the ‘world historical defeat of the female sex’.

5. Collection of Essays by George Orwell. Brutally frank reflections on his childhood education, the politics of Dickens, the moral failure of imperialism, the Left during the Spanish War, the legacy of Gandhi, and the peculiar case of English nationalism.

7. A Great Place to Have a War: America in Laos and the Birth of a Military CIA, Joshua Kurlantzick. The secret war in Laos turned the small country into the most heavily bombed place in the world. Yet, it was deemed a success by the CIA and it has become the template in launching covert wars all over the world. Here’s an explosive history of how the CIA began its notorious paramilitary operations. One character in the book is likened to Colonel Kurtz, the mad American soldier in the film Apocalypse Now. Read my review of the book.

8. Small Is Beautiful, Ernst F. Schumacher. The first half of the book is a critique of the modern economic system, and the last half provides a detailed alternative to transform large-scale companies and how to efficiently manage our societies.

9. Artists in Exile, Jane Katz. Brief profiles and interviews of several dissident artists, exiled activists, refugees, and minorities who sought asylum or are already living in the United States.

10. The Book of Laughter and Forgetting, Milan Kundera. Enjoyed the wit, irony, and ferocious tenderness of the author contemplating about life, love, and politics during the Cold War era.

11. The Te of Piglet, Benjamin Hoff. Less about the lovable Winnie the Pooh characters since the book deals more about the author’s views on nuclear arms, modern economy, teaching method, and political correctness.

12. Technics and Human Development (The Myth of the Machine), Lewis Mumford. Intriguing, insightful, well-researched alternative history about the history of man. A useful antidote against tool (read: gadget) worshippers which make it relevant today.

13. The Radical Tradition, R.H. Tawney. A collection of essays about adult education, British socialism, nationalization as an economic program, and the lives of some European socialists.

14. Women and Child Care In China: A Firsthand Report by Ruth Sidel. A useful report debunking the persistent propaganda about the supposedly destructive legacy of the cultural revolution in China.

15. Hope in the Dark by Rebecca Solnit. In defense of activism; explaining the concrete gains of struggling for rights, justice, and democracy.

16. Love in the Days of Rage by Lawrence Ferlinghetti. The spirit of 1968, the turbulent ‘youthquake’ through the eyes and romance of a banker anarchist and a tenured artist in a university.

17. Bit Rot by Douglas Coupland. A humorous take on 21st-century living, interesting views on how Internet has changed our lives for the better, a traveler with fascinating impressions of diverse cultures.

18. A Short History of Tractors in Ukrainian by Marina Lewycka. A family comedy-drama involving two generations of immigrant families in Europe.

19. The Age of Uncertainty by John Kenneth Galbraith. A fascinating overview of economic ideas that shaped the modern world.

20. Revolution at the Gates: Zizek on Lenin: The 1917 Writings by Vladimir Lenin, Slavoj Žižek (Editor). Lenin’s dispatches that steered the Bolshevik revolution to victory in 1917. The second half of the book features the theoretical ramblings of a radical philosopher.

21. India: A Wounded Civilization by V.S. Naipaul. A depressing account of India’s political system, a critical if not unsympathetic view of Gandhi’s legacy, and an indictment of what ails the Third World.

22. Negotiating with the Dead by Margaret Atwood. Reflections on writing and the complicated role of writers in society.

25. Nuts and Bolts for the Social Sciences by Jon Elster. On rational choice, on understanding human behavior and action, on the role of natural selection, and on the link of social institutions, collective action, and unintended consequences.

26. Dialectic of Enlightenment by Theodor W. Adorno and Max Horkheimer. Scholarly treatise on the role of culture in history, the rise of the culture industry in the 20th century, art in the era of mass production and instant communication (TV and radio), the origins of fascism and anti-semitism in politics.

27. Pol Pot’s Little Red Book: The Sayings of Angkar by Henri Locard. A whole book dismissing Maoist teachings and Marxist movements, but readable overview of brief rule of the Khmer Rouge in Cambodia.

28. Why Vietnam Still Matters edited by Jan C. Scruggs. Introducing the madness of the Vietnam War to the generation who grew up in the 1980s and 1990s. Some testimonies attempt to rationalize the involvement of the US in the Indochina conflict.

29. The Memory Chalet by Tony Judt. The memoirs of a public intellectual which he wrote while suffering from Amyotrophic lateral sclerosis (ALS). Lucid thoughts, intelligent reflections, and neat overview of life in the West during the second half of the 20th century.

30. Lenin’s imperialism in the 21st century, edited by Antonio Tujan Jr. Affirming the legacy of Lenin’s book and why it remains an essential document not just to unmask imperialism but also to change the world. Read my review of the book.

31. War Talk by Arundhati Roy. Essays against the Empire, the rise of Hindu nationalism, and celebrating the narrative of resistance.

32. The ABCs of Socialism, edited by Bhaskar Sunkara and illustrations by Phil Wrigglesworth. Introducing key socialist ideas and why a Leftist program remains the best antidote against the sterile thinking in modern politics.

33. The Production of Money: How to Break the Power of Bankers by Ann Pettifor. Elucidation of Keynesian thinking and why we need to implement the proposals of Keynes to overcome the destructive impact of neoliberalism. 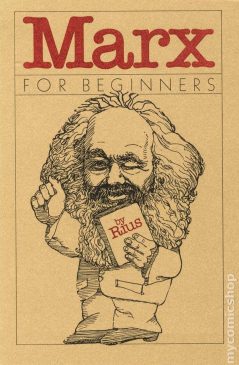 34. Wars of Extinction: Discrimination & the Lumad Struggle in Mindanao by Arnold P. Alamon. Primer on Lumad resistance; comprehensive, sharp analysis of the people’s struggles in Mindanao amid the relentless plunder of the country’s resources by monopoly capitalism.

35. Marx for Beginners by Rius. Creative illustrations about the life of a radical philosopher, economist, and guru of the working-class.

36. Extrastatecraft: The Power of Infrastructure Space by Keller Easterling. Analyzing the relationship of space, modern economics, infrastructure building and politics. In particular, the political impact of zone building, export zones, and broadband cables

37. Dance of the Happy Shades by Alice Munro. Stories about growing up, life in the suburbs, of women confronting the vicissitudes of life, and of the elderly finding some redemption.

38. Time and the Art of Living by Robert Grudin. Insightful, intelligent, interesting meditations on life and some practical notes on how to understand and manage time.

39. Kabataang Kulturang Popular by Rolando Tolentino. Progressive critique of modern living and the futile fantasies of the middle-class; more importantly, a critical overview of alternative politics and the superiority of revolutionary praxis.

40. Legacies to be Remembered: Southern Tagalog During the Spanish Colonialism, 1565-1898, a book project by Cavite Studies Center and National Historical Institute. Some archival notes on the social and economic history of Mindoro, Calamba, Cavite, Batangas during the Spanish colonial period.

41. The Battle for China’s Past: Mao and the Cultural Revolution by Mobo Gao. Debunking the popular criticisms against Mao and the cultural revolution. Defending the radical legacy of Mao and exposing the sham reforms and anti-peasant bias of the ‘capitalist roaders’.