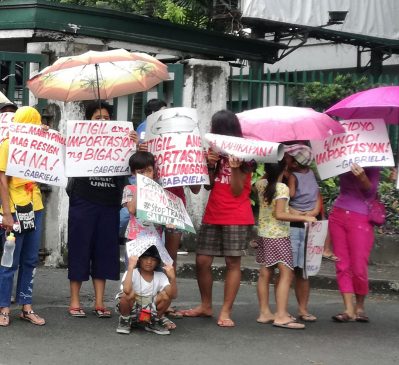 MANILA — Days after the Philippine Statistics Authority revealed that the country has hit another nine-year high inflation rate, members of women’s group Gabriela protested in front of the Department of Agriculture (DA) against the high inflation and demanded the government to take immediate and concrete steps to ensure ample and cheap supply of agricultural products.

Joms Salvador, secretary general of Gabriela, said in a statement that the government’s decision to import agricultural goods has not helped strengthen the agricultural sector. 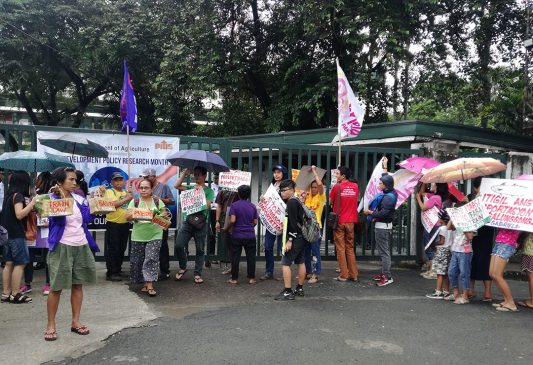 “The Duterte government has chosen to thread the path of previous administrations and adhere to agreements under the World Trade Organization. Thus, the government continues to resort to importation even if it is killing our food security, and even intentionally ignore calls for agricultural subsidy,” Salvador said.

Salvador urged for Duterte’s economic heads to resign as there was “no room for incompetence.”

“We have seen and experienced how they have muddled and messed up our economy by adhering to neoliberal designs. There should be no room for incompetence when it comes to the economy and the lives of the people. They should all pack their bags and leave government service before further throwing us into a full-blown economic crisis,” Salvador said.